Wallaby on the loose

Wallaby on the loose 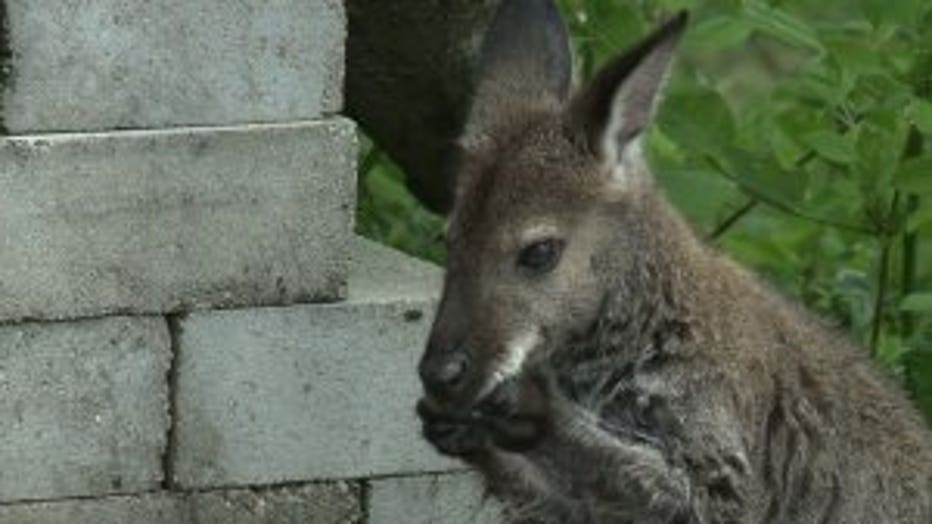 FRANKLIN -- It was a headline that, quite frankly, a lot of us needed. Franklin police on Tuesday, June 9 responded to a wallaby on the loose! A day later, FOX6 met Hoppy and his owners.

In the Yorkshire Grove subdivision, the sight was met with disbelief from families young and old.

"No, I never thought something like this would happen in my yard," said Matthew Peck, neighbor. "Definitely not."

The marsupial, native to Australia, bounced through backyards in Franklin. Kenneth Scherrer said he didn't even believe his wife after seeing the video on the news. 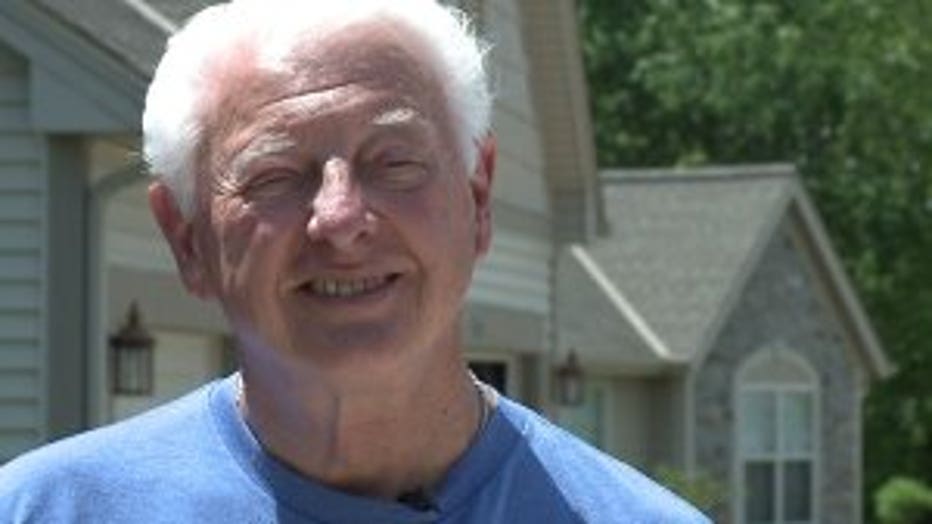 Yet right outside his garage, police worked to capture the wallaby -- a call they really don't train for at the academy.

"I'd say it's likely more a wallaby based on the size," an officer said in dispatch audio.

"OK, without my ready reference of North American land animals, is that smaller or larger than a kangaroo?" asked an officer in dispatch audio. 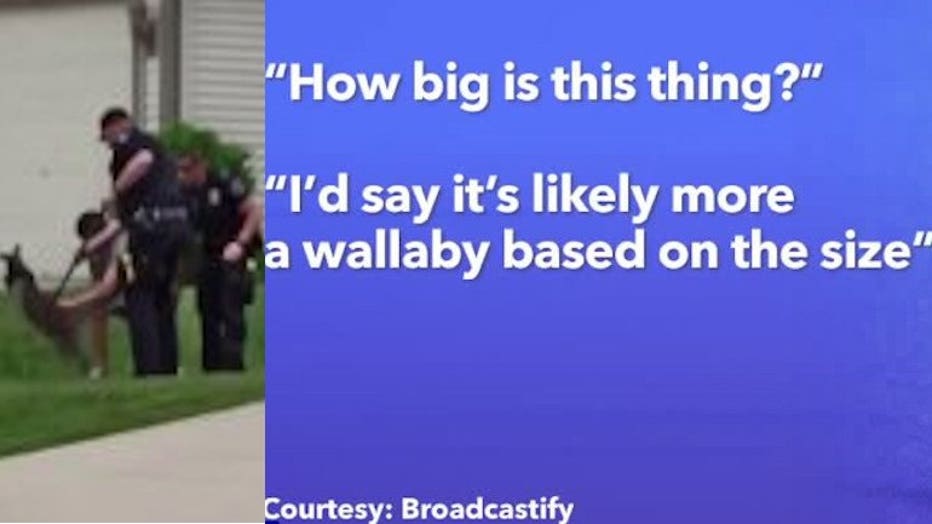 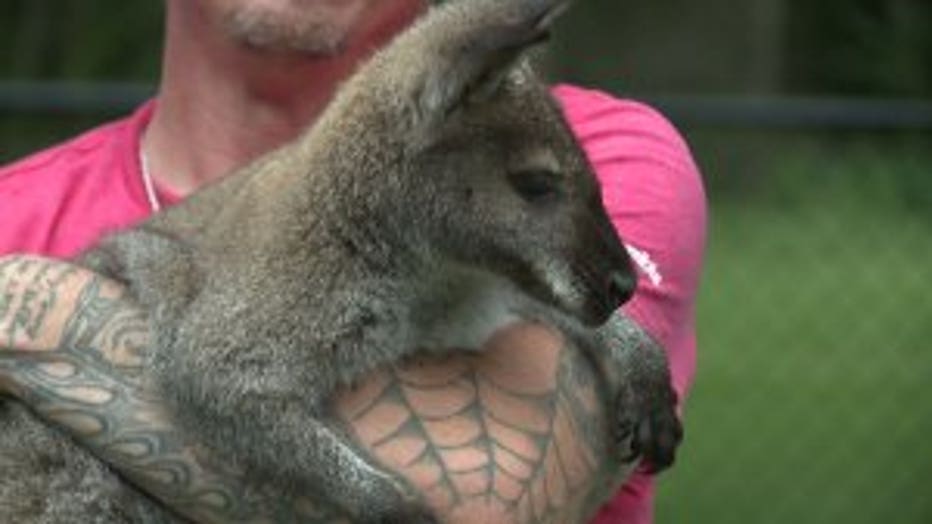 Hoppy is a family pet.

"I was doing the koi pond and forgot to latch the latch," said Mark Combs, Hoppy's owner. "One of the dogs pushed it open, and they all went for a walk."

Hoppy's owners said he likes to have fun in the backyard just like any pet would. Combs said moving to Wisconsin last year meant a tough decision as to whether to keep Hoppy, who they purchased -- and really rescued -- from an exotic dealer.

"I wouldn't say really neglected, but not well taken care of, and we decided that we were gonna take him, and bring him a part of our family, and healed him up, and everything's good," said Combs. 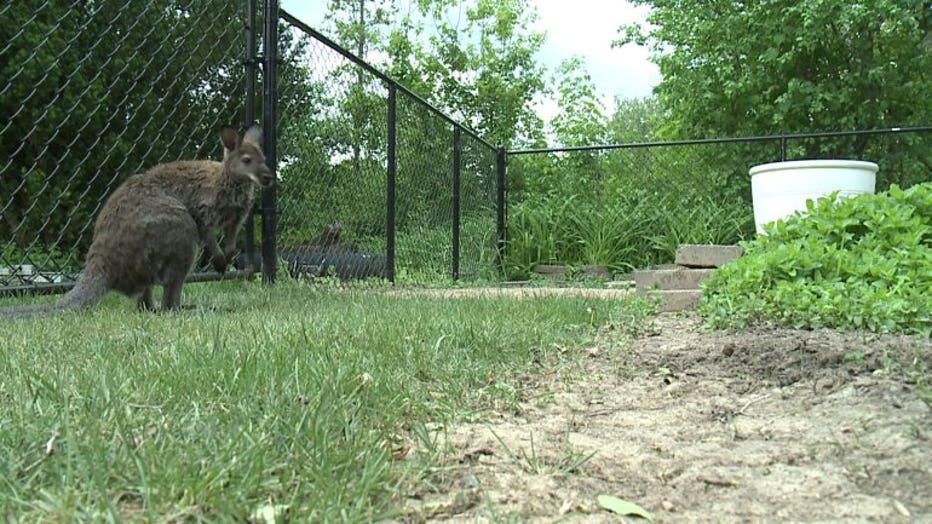 FOX6 News is told it's perfectly legal to own a wallaby as a pet. Combs said that was one of the first things they checked before moving to Wisconsin late last year.