MILWAUKEE (WITI) -- Food stamps being sold on the internet, moms trading formula for cigarettes --  and taxpayers footing the bill. These aren't new scams, but as the FOX6 Investigators have discovered, they are still really easy to pull off, despite recent efforts by the Wisconsin Department of Health Services and the Milwaukee County District Attorney's Office to crack down on fraud.

DHS says since the release of the FoodShare Program Audit Report in 2012, a new Fraud, Recovery, and Enforcement (FIRE) Section of the Office of the Inspector General has saved taxpayers a whopping $25 million annually. DHS says it has ramped up efforts to monitor fraudulent activity in addition to preventin 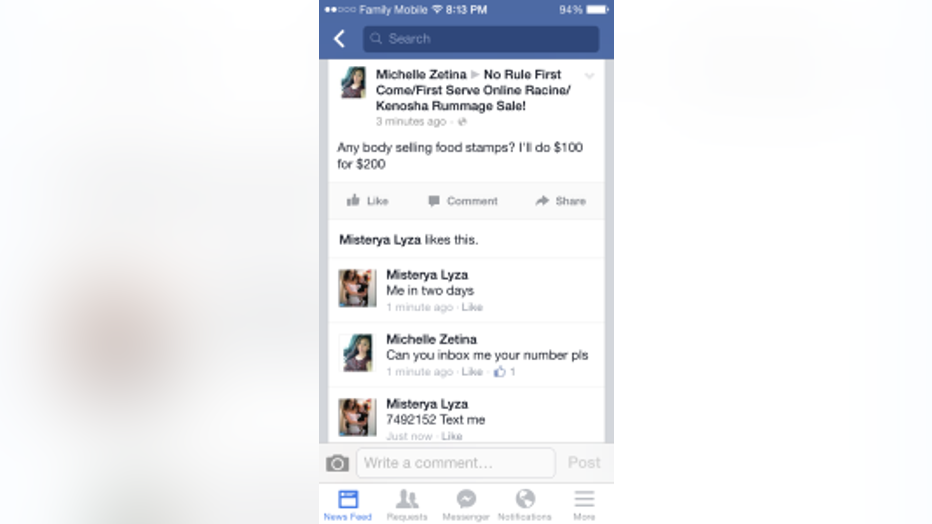 g it upfront. The state has even developed a hotline to make it easier for people to report suspected food stamp fraud. 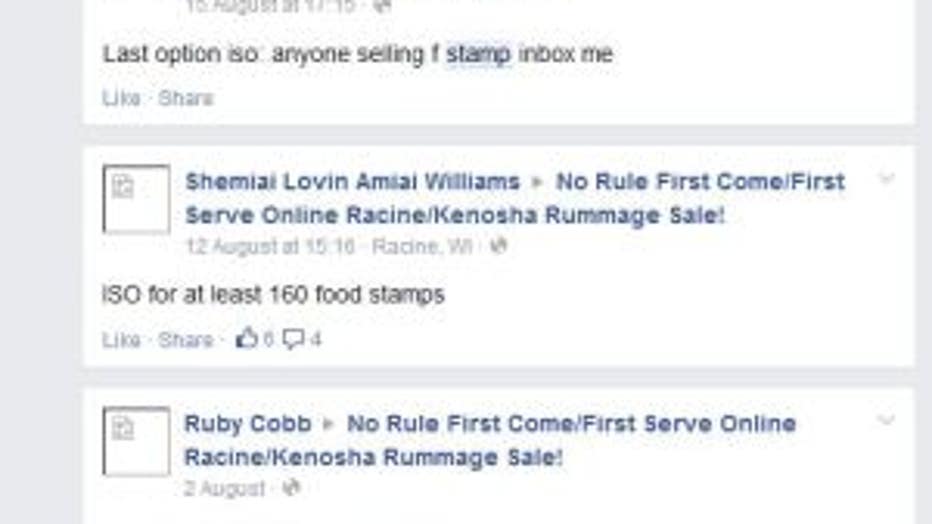 on Facebook seem to be the most popular places to advertise. In most cases, buyers pay 50 cents on the dollar for Quest cards -- the green debit cards that replaced actual food stamps more than a decade ago.

Just take a look at these posts from earlier this year. For those of you not familiar with the lingo,  "ISO" means "in search of."

"I think it is incredibly rampant. One of the frustrating things is that it's so accepted. Everybody buys them and everybody sells them. No one stops to think that it's wrong and that it is really taking food out of people's mouths," Assistant Milwaukee County District Attorney David Feiss said.

Because Milwaukee County has hundreds of thousands of people getting food assistance (in 2012, $334,332,215 worth of food stamps were given to residents) - Feiss says it doesn't make sense to prosecute each person who might be selling their benefits.

So he follows the money. 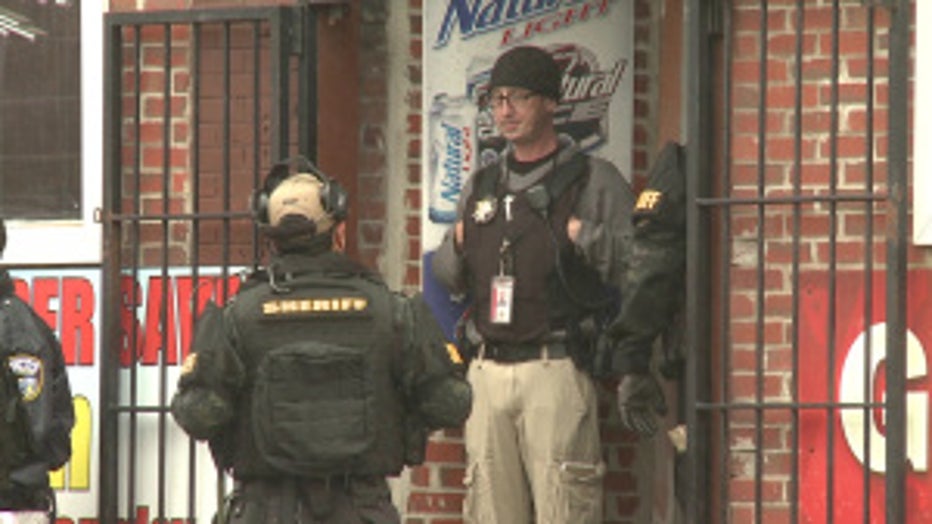 "If I have a store that's defrauding the program out of $30, $40, $50,000  in a year, I think I can have more impact on fraud against the program by going after that store owner than I can going after a hundred recipients," he says.

WIC, a nutrition program for women, infants and children, allows pregnant women and new mothers to buy healthy foods and formula for their babies.

But instead of buying fruits and vegetables, some people choose cash and cigarettes - -and some stores are all too willing to cash in. Undercover video obtained from Milwaukee County investigations shows undercover informants getting cash for WIC checks, and buying cigarettes instead of food or formula for their children.

The cashiers get the WIC checks, which are normally worth $100-$150.  In exchange, the stores give the women cash, anywhere from $20-$50, and sometimes they throw in a pack of cigarettes.

"It is a very easy crime to commit and it's a very high-profit crime and the consequences to date have not been all that severe," Feiss said. 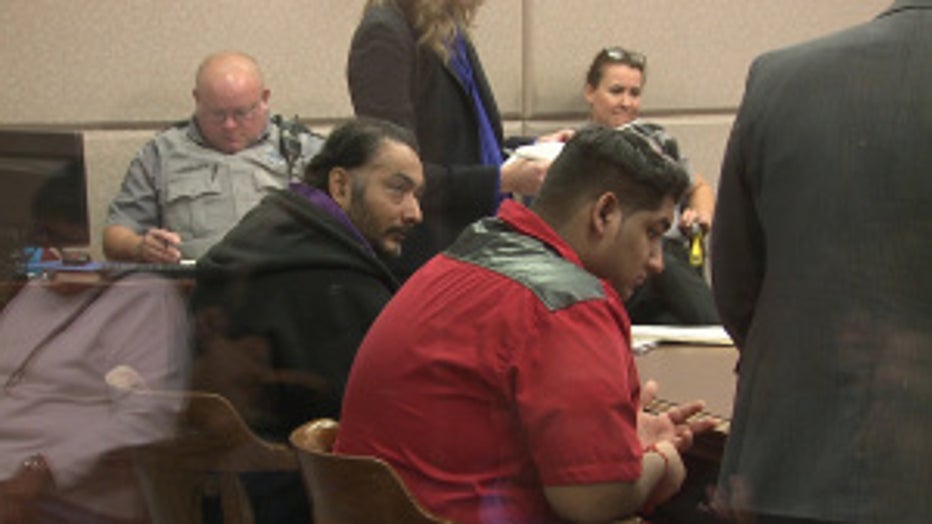 To change that, the Milwaukee County District Attorney's Office is working with DHS to crack down on WIC fraud. Dozens of store owners have been prosecuted in the last few years for theft or providing cash for WIC checks. Now the District Attorney is pushing hard for deportation, too, because about half of the store owners who end up in trouble are not U.S. citizens, says Feiss.

State Representative Samantha Kerkman (R-Salem) was one of the lawmakers who insisted on a state audit of the food stamp program a few years ago to "make the program what it should be."

“I’m a mom with two kids, and I just want to make sure that we’re feeding the kids that we need to," Rep. Kerkman said.

That 2012 audit revealed prisoners were receiving food stamps, people were spending their food stamps in other states, and more than 1,000 people had asked for new Quest cards -- some more than 22 times in a single year (a red flag they probably sold their own for cash).

"The selling of cards and the number of replacements cards was probably one of the biggest things that really did shock me," Rep. Kerkman said.

Since then, the state has taken major efforts to crack down on FoodShare fraud, but Kerkman says she's still waiting on the data to prove it. 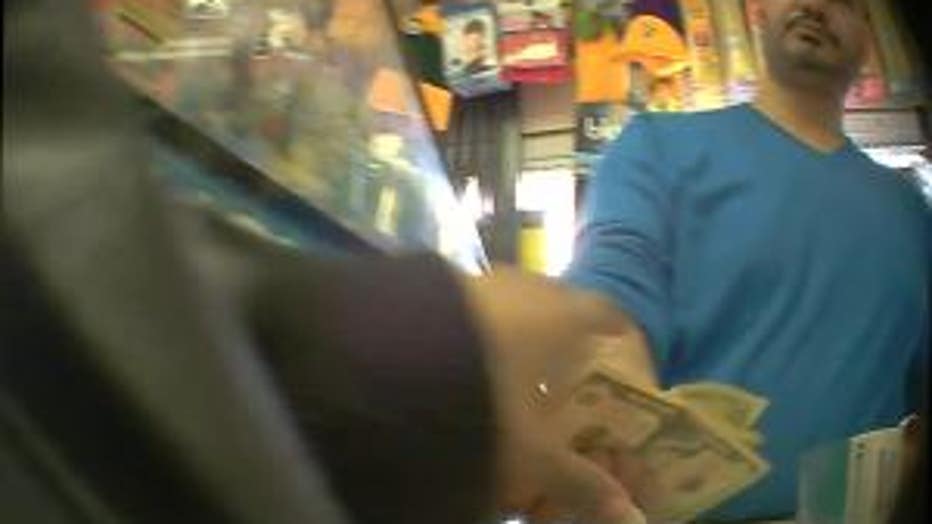 "We need to really work together better because the communication hasn't been there between the state and federal government on this program," Rep. Kerkman said.

The FOX6 Investigators submitted an open records request to DHS in the summer of 2014. The goal of that request was to compare data from the audit to current data -- to see just how much progress has been made in curbing food assistance fraud.

According to the data available, DHS says it has managed to save more than $2 million by making sure state prisoners aren't receiving food stamps. The state has also sent out 1,739 letters to benefit recipients who are suspected of fraud because they've asked for more than six Quest card replacements in a year's time.

Even after getting the warning letter, 56 households across the state have continued to request replacement cards.

When FOX6 News asked for data on the actual numbers of replacement cards issued since the audit, DHS wanted FOX6 to pay $722.56 for the records.

Rep. Kerkman says she's currently trying to get more statistics to make sure the state's doing everything it can to make the program run efficiently. 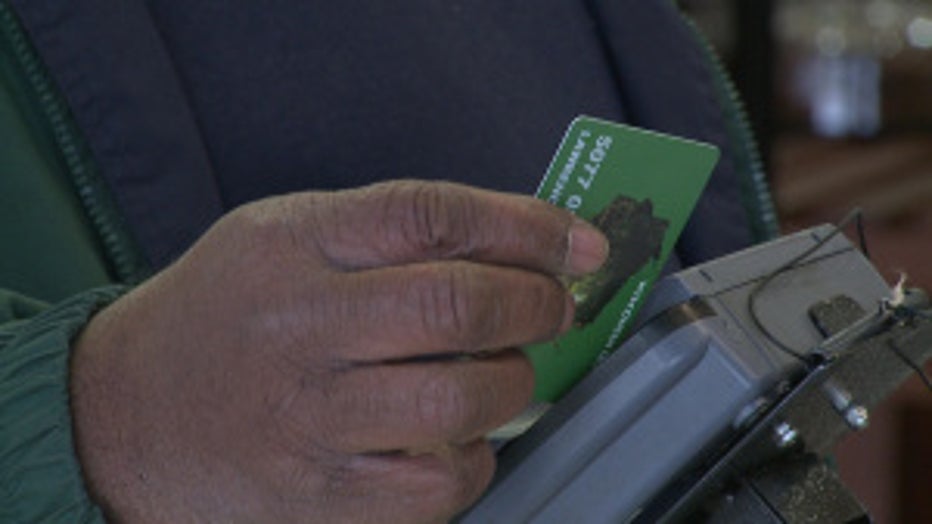 She says county governments sometimes have limited resources to investigate FoodShare fraud, which is why the state should be keeping careful track of their efforts. Rep. Kerkman's also pushing for photo IDs to be put on Quest cards.

"I'd like to put the photo ID on the card of the adults who are utilizing the benefit in the household," Rep. Kerkman said.

Feiss and Rep. Kerkman both agree the people who sell their food stamps on Facebook or cash in their WIC checks for cigarettes don't represent the majority of people receiving food assistance. But the fact that it happens so openly should be frustrating to taxpayers.

"No one minds giving out a helping hand -- but we don't want to be abused," Feiss said.

If you want to report someone  you suspect of committing WIC or FoodShare fraud, the phone number for the state's new fraud hotline is 1-877-865-3432, or you can report online here: https://www.reportfraud.wisconsin.gov/rptfrd/default.aspx.