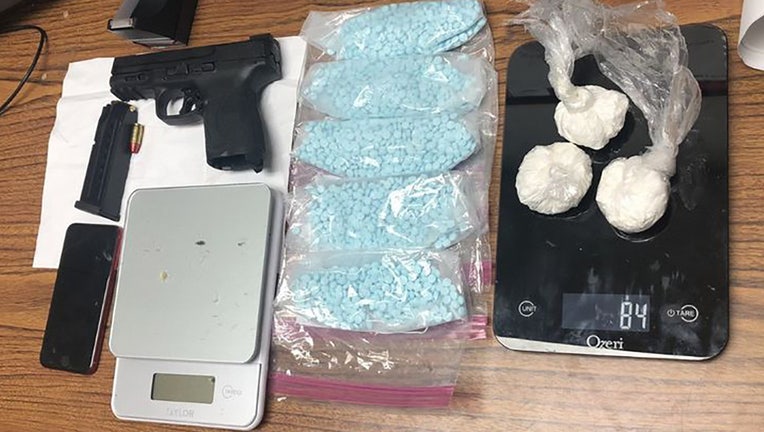 A short time later, a deputy with the Fond du Lac County Sheriff’s Office located the vehicle on Highway 41 near Townline Road. The suspect vehicle was seen making an unsafe lane deviation and the registration plate did not match the vehicle it was on. The deputy activated his emergency lights and sirens and the vehicle increased its speed and failed to stop for the deputy.

During the pursuit deputies spotted a white bag be thrown from the vehicle and land in the middle of Highway 41. The bag was recovered immediately by a following deputy and the bag contained a significant amount of illegal drugs.

The vehicle continued southbound on Highway 41 into Dodge County. Just as the vehicle entered Dodge County the vehicle lost control, entered the west ditch, and crashed near Quad Graphics. The vehicle became disabled and stopped on the railroad tracks west of Highway 41. The driver then fled the vehicle on foot. Deputies and K-9 Iro from the Fond du Lac County Sheriffs Office located the male hiding in the tall grass near the crash. The driver was taken into custody.

When deputies searched the Racine man's vehicle, they located a loaded handgun and a digital scale. The bag that was recovered during the pursuit contained five Ziploc bags of counterfeit oxycodone pills laced with fentanyl and three bags of cocaine. The suspected fentanyl pills had a total weight of 297 grams and are estimated to be around 2,500 individual pills. The suspected cocaine weighed 84 grams.

The Dodge County Sheriff’s Office assisted with the pursuit and at the crash scene.