"Our hearts hurt as we honor the life of Officer Kurer today," said Lt. Erik Foster with the Fond du Lac Police Department. "Over the last three years, Officer Kurer became more than a co-worker to many. He became a friend. He became family. He was our brother."

Officer Kurer battled COVID for two months before he passed away from complications of the virus.

"Officer Kurer was the kind of officer you wanted to work alongside with," said Lt. Foster. "He was always, had a way of being positive and bringing that positivity to the shift around him. If you were to ask anybody, they’d also tell you that Joe was known for having the biggest smile. That smile is contagious and that smile will be missed." 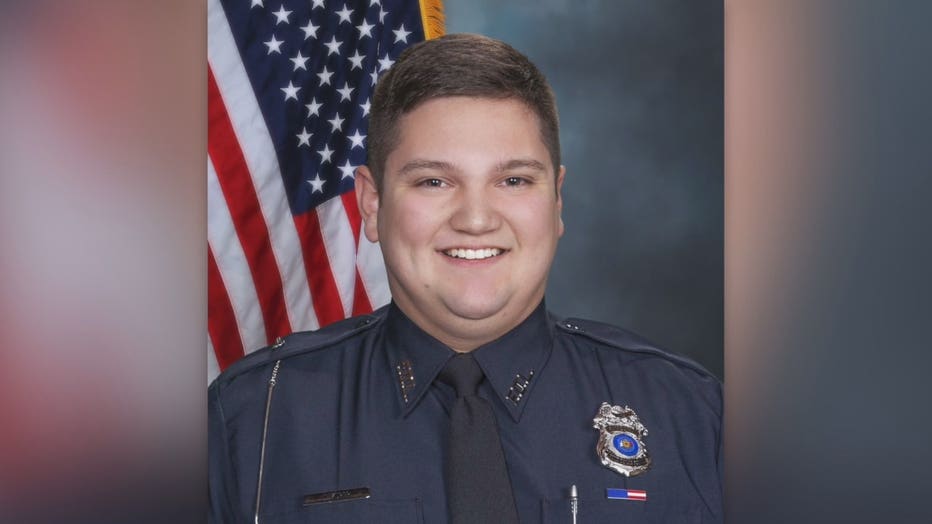 It is not clear if Kurer had been vaccinated against COVID-19. The police department said in a Facebook post that it doesn't provide details on an employee's medical conditions or vaccination status out of respect for their and their family's privacy.

Because evidence indicates Kurer contracted COVID-19 while working, he died in the line of duty and his death will be treated as such, officials have said.

Kurer joined the Fond du Lac Police Department in August 2018 and was a member of the Tactical Field Force Team, the Honor Guard Unit and the Domestic Violence Intervention Team. He was also certified as a field training officer.

It's his bright smile that his fellow officers said will be one of the traits they miss most.

"We’re hurting," said Lt. Foster. "Really the, it’s not easy. We’re hurting, but like I said, we’ll make it through it. We lean on each other, and we will come through." 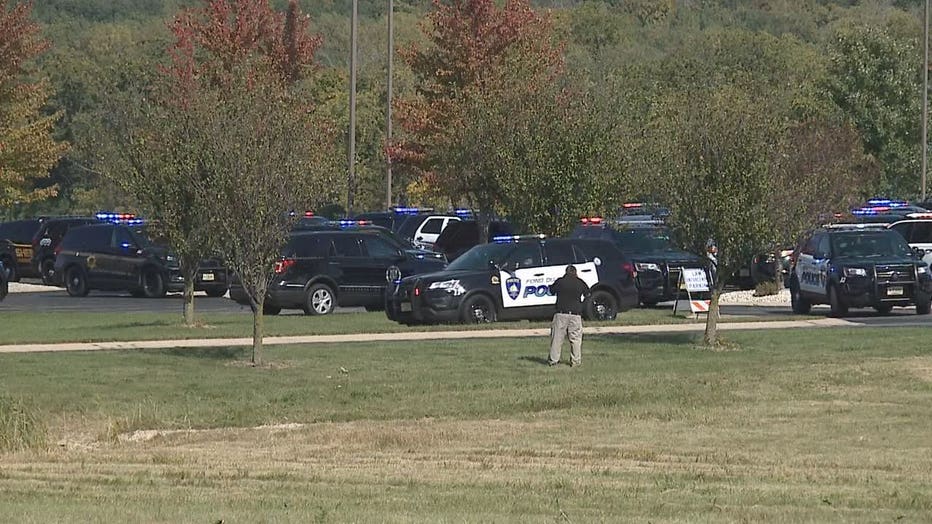 As the hours-long visitation came to a close a gun salute with both law enforcement honors as well as military honors could be seen outside the church’s front door. As a pair of Blackhawks flew over, neighbors came out to watch a procession.

"It is personal," said Debbie Chesna. "My dad was a Chicago police officer. "Well, I think the police officers get a lot of negative, so it’s nice to see positive, so we just wanted to be here to support them."

Officer Kurer is survived by his wife and two children, one of whom was born the night before he passed away.

Watch the procession for a Fond du Lac officer who died from COVID -- as it departs the church, headed for the cemetery.

A coalition of Milwaukee community organizations is calling on Mayor Tom Barrett to reinstate the citywide mask mandate.

University of Wisconsin-Madison's record freshman enrollment this fall is due in part to pent-up demand among high school graduates who spent much of last year taking classes online, a school official said Tuesday.