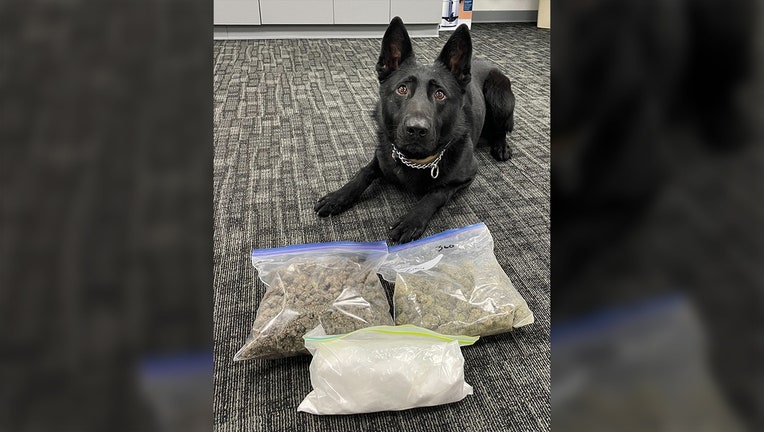 FOND DU LAC, Wis. - Two Wisconsin Rapids residents were arrested Wednesday after the Fond du Lac County Sheriff's Office found approximately one pound of cocaine and one pound of marijuana in their vehicle.

The sheriff's office stopped the vehicle on the Hickory Street off ramp of northbound Interstate 41. A K-9 conducted an open air sniff of the vehicle, alerting a deputy that there were illegal drugs inside. The cocaine and marijuana were then found after a search.

A 35-year-old man and 30-year-old woman were arrested. While trying to handcuff the man, the sheriff's office said he "became extremely agitated and pulled away" from deputies. He continued to resist until the K-9 was brought out, at which time he began cooperating.

Both Wisconsin Rapids residents are being charged with possession with intent to distribute both cocaine and marijuana, as well as maintaining a drug trafficking place. The man is also charged with one count of resisting/obstructing an officer and was placed on probation hold. He is currently on probation for drug-related offenses.