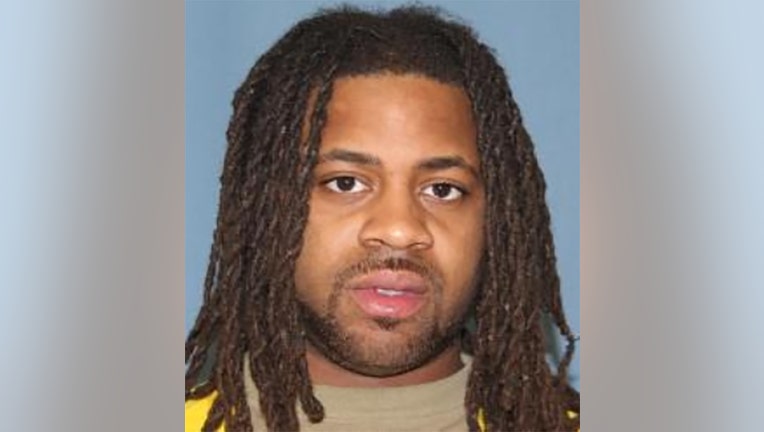 FOND DU LAC COUNTY, Wis. - Devonta Tate, 27, of Milwaukee, has been charged with attempted first-degree intentional homicide, among other charges, for a Fond du Lac shooting that happened on March 28.

A criminal complaint states Fond du Lac police responded to a bar near Military and Western around 2:10 a.m. the morning of the shooting. The first officer at the scene heard people yelling and believed there could be a fight inside the bar.

As the officer approached the building, the complaint states, a total of six shots were fired and he called in "shots fired" as people yelled and moved away from the building.

The officer found a victim in the grass, suffering gunshot wounds to the chest and other areas, and attempted to provide medical aid. The victim was later taken to the hospital for treatment.

A witness said she was walking to the bar when she saw a man walking toward the bar with a gun and people trying to stop him – to no avail. The man went in the bar, the complaint states, where he fired multiple shots and then left the bar.

The witness and the victim provided partial descriptions of the shooter. Those descriptions included that he was a young Black male with dreadlocks and a gray sweatshirt.

Another witness recorded the shooting on Facebook Live. Surveillance footage was also recovered. Reviewing the video, police identified a man in a hooded sweatshirt and an apparent gun in hand approach the bar before putting on a mask. Based on the video, the shooting is believed to have happened just at or inside the back door of the lounge.

Facebook Live showed multiple people fighting before the shooting, and the suspected shooter enter the back door seconds before six gunshots are heard. A witness estimated 15 people were involved in the fight.

The complaint states a review of the video and Facebook pictures led detectives to identify a distinctive tattoo on the possible suspect's arm. The detective contacted the Department of Corrections and learned that Tate had a tattoo that appeared to match.

Investigators spoke with Tate's probation agent, who identified Tate as the person seen as the shooter at the Fond du Lac bar.

In an interview with police, Tate said he was at the bar having a good time, a fight broke out and then "shots afterward." As the interview continued, police advised that three people heard a man say "shoot that (expletive) in the face" during the fight.

In all, Tate is charged with the following seven counts:

According to the Fond Du Lac County district attorney, Tate was taken into custody for a different matter in April. An initial appearance date has not yet been set.

A Brown Deer woman has been charged in a shooting that left a man injured near Green Bay Road and West Deer Run Drive around 9 p.m. Wednesday, May 26.