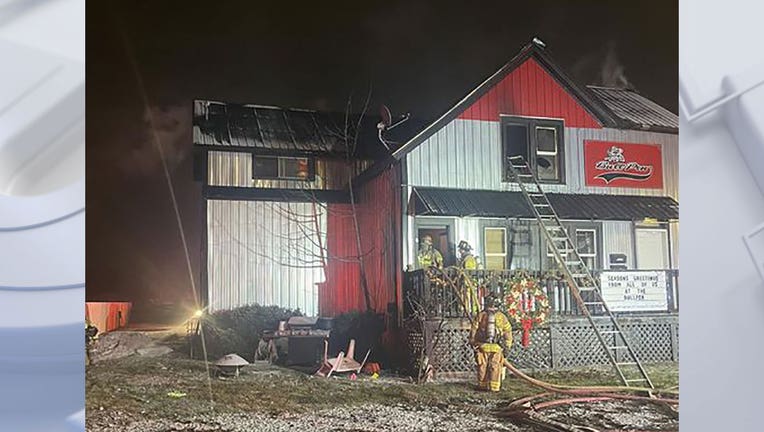 FOND DU LAC, Wis. - Firefighters on Wednesday night, Jan. 4 responded for a reported fire in a second floor apartment above the Bull Pen tavern in Fond du Lac. The call came in around 10 p.m.

Upon arrival, crews found heavy fire showing from a second floor window. Fire companies quickly knocked the fire down from the outside and made an interior fire attack extinguishing the fire.

Crews then searched the entire building for occupants, finding none.

Heavy damage occurred to the apartment above the business with smoke and water damage throughout the building.  The fire was brought under control within 30 minutes, and no other structures were damaged.

There were no injuries reported, however, several pets perished in the fire. Alliant Energy was called to the scene to secure electric and gas utilities.

Fire investigators will be working to determine the cause and origin of the fire. FDL Police Department assisted with scene and traffic control.