In Palm Beach County — home of President Donald Trump's Mar-a-Lago resort — separate caravans of trucks, motorcycles, and boats were riding along highways and the intercoastal waterway at various times in the morning. The organizers were part of the president's Florida re-election effort. 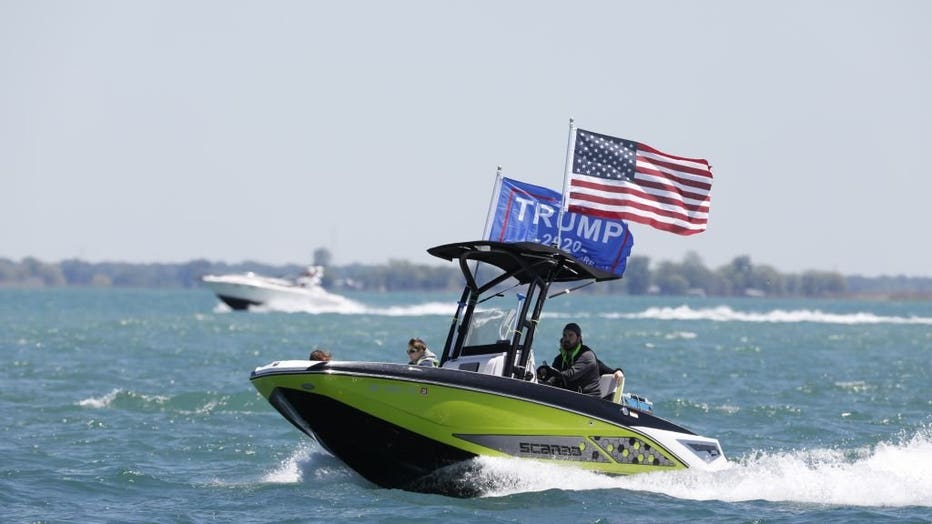 Boaters participate in the "Make america Great Again" parade as they celebrate US President Donald Trump's 74th birthday on the Detroit River in Detroit, Michigan on June 13, 2020. - The parade is hosted by the Michigan Conservative Coalition and Mic

The Palm Beach Post reports that an anti-Trump caravan also was riding through the county Sunday to protest racism and call for police reforms.

Pro-Trump flotillas also were planned for Fort Lauderdale, Miami, the Florida Keys, Tampa, Pensacola and Jacksonville — where President Trump is slated to be renominated for a second term at the end of August.

In The Villages, a massive Republican-friendly retirement community northwest of Orlando where golf carts are the vehicles of choice for many residents, President Trump supporters were holding a golf-cart parade in honor of the president, who is turning 74.

Speaking to West Point graduates on Saturday, President Trump said his birthday coincided with the 245th anniversary of the U.S. Army's founding. 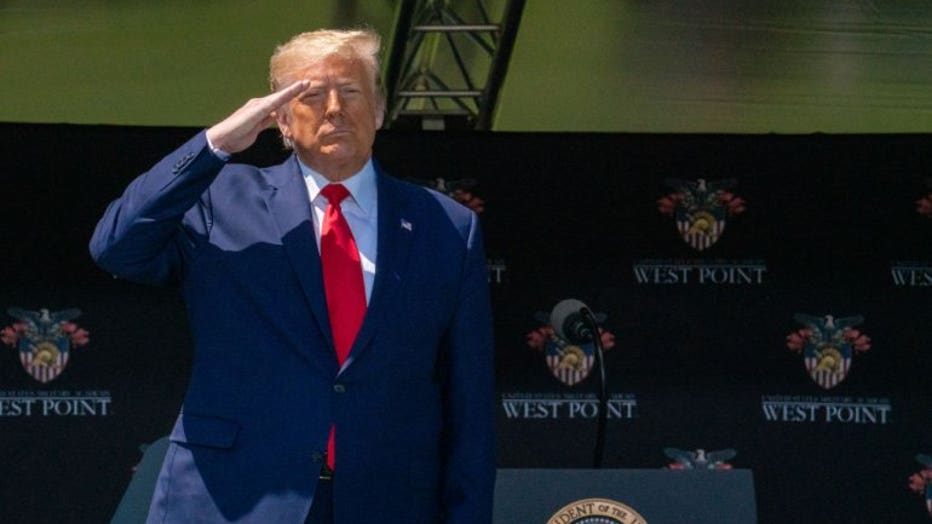 WEST POINT, NY - JUNE 13: U.S. President Donald Trump salutes cadets at the beginning of the commencement ceremony on June 13, 2020 in West Point, New York. The graduating cadets were sent home in March due to the COVID-19 pandemic, but have been ord

“Unrelated, going to be my birthday also," President Trump said. “I don’t know if that happened by accident. Did that happen by accident, please? But it’s a great day because of that Army birthday."