DEERFIELD BEACH, Fla. - Two Florida men were arrested after authorities said they fatally shot a 16-year-old in the back over a marijuana sale gone bad.

Lacharles Jean sent an Instagram message to an account named "Weed Connoisseur" and later headed to the parking lot of a Deerfield Beach condominium to get the drugs, according to the Broward County Sheriff's Office. 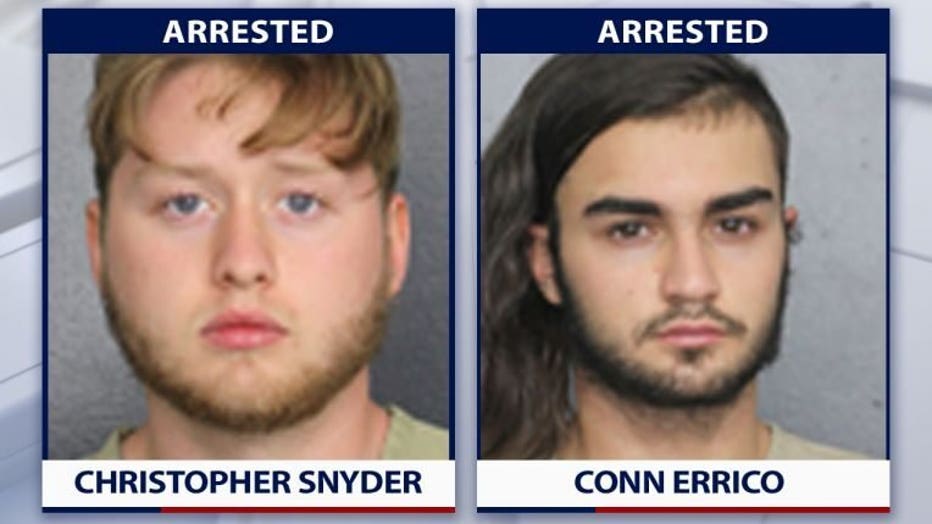 Several security cameras captured the meeting between 19-year-olds Jean and Conn Errico and Christopher Snyder. Jean punched Errico in the face and took off. The two followed, shooting Jean in the back before speeding away, authorities said.

Errico was arrested Wednesday, April 29, and accused of pulling the trigger. Snyder was arrested on March 27. Both are charged with murder and are being held without bond.

The Sun Sentinel reports that Errico's DNA and cellphone GPS put him at the crime scene.