A Florida man is charged with impersonating a doctor and injecting Botox into unsuspecting victims during an event last month at which he was allegedly drinking alcohol.

JACKSONVILLE, Fla. - A Florida man is charged with impersonating a doctor and allegedly injecting Botox while drinking last month, according to local authorities.

The Jacksonville Sheriff’s Office said Nelson Turin, 47, hosted a "Botox and Bubbles" event at a local business. Investigators said he described himself as an oral surgeon on social media fliers.

According to FOX 30, Turin was allegedly drinking Four Lokos when he operated on his unsuspecting victims. The news station reported that he charged $350 to inject lips, chins and cheeks and that he allegedly tricked the staff at a local spa into thinking he was a licensed doctor.

The sheriff tweeted that Turin is charged with several crimes, including practicing medicine without a valid medical license and possessing of legend drugs without a prescription. Legend drugs are prescription drugs approved by the U.S. Food and Drug Administration.

According to local authorities, Turin was released on bond. A new court date has not been assigned. 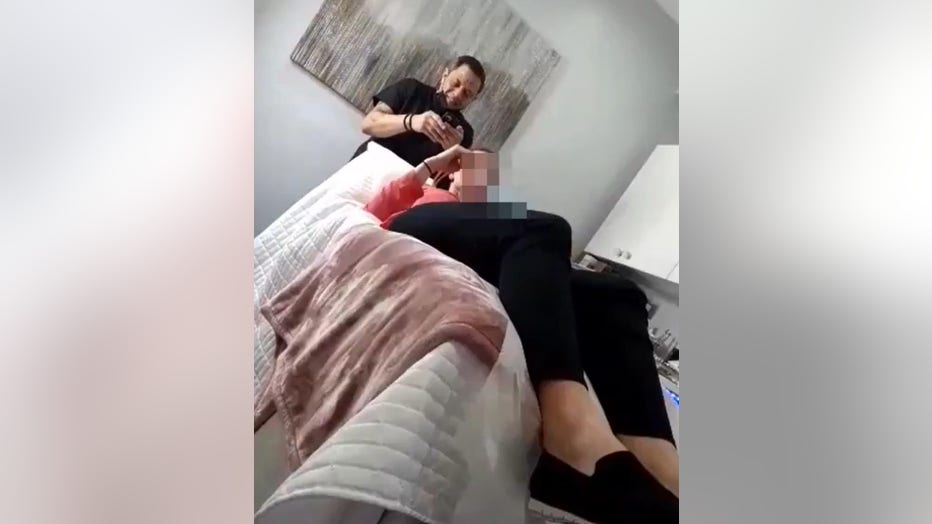 Along with his mugshot, authorities released pictures of the fliers, vials and a video of him injecting a victim they believe was part of his operation.

The American Council on Science and Health urges people to check a doctor’s credentials before undergoing an operation, saying that doctors are legally required to display their credentials in their office.

The council also said doctors should wear the badges in a manner that can be easily viewed by patients. It also reminded patients that a doctor’s credentials can be verified with the state’s medical board.