BROWARD COUNTY, Fla. -- The Broward County Sheriff's Office (BSO) is grieving the loss of a deputy after being involved in a crash while on duty early Sunday, July 21. The deputy is identified as Benjamin Nimtz. Nimtz's Facebook page indicates he a veteran of the U.S. Army, lived in Waukesha and attended Waukesha South High School. He also attended college at UW-Milwaukee as well as UW-Waukesha. 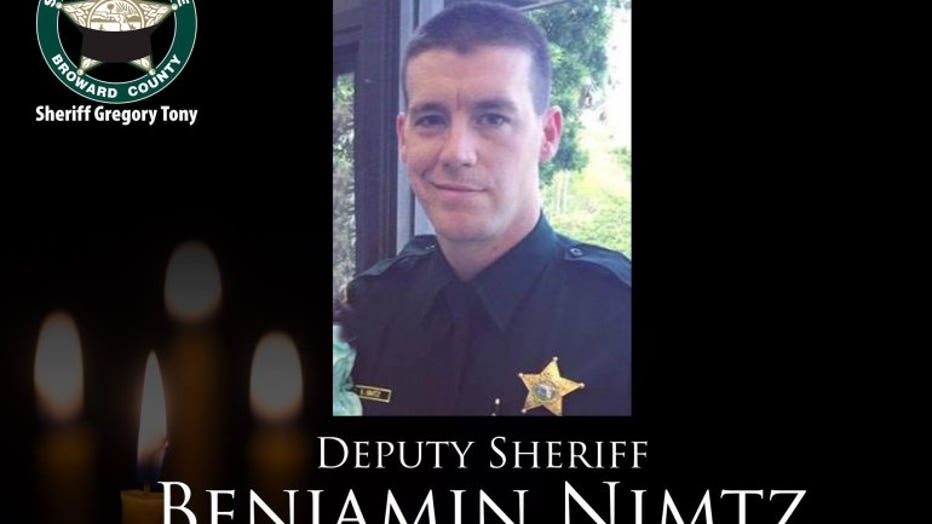 Officials in Florida say around 3 a.m. on Sunday, Deputy Nimtz was responding to a call of a domestic dispute. He and another deputy, driving separate BSO vehicles, were headed southbound on Military Trail approaching the intersection of Southwest 10th Street. As the first BSO vehicle made its way through the intersection, it crashed with a pickup truck that was headed eastbound on Southwest 10th Street. The second BSO deputy, who witnessed the crash, immediately called for help.


Broward Sheriff Fire Rescue transported the deputy and the sole occupant of the pickup to Broward Health North. Deputy Nimtz succumbed to his injuries and was pronounced dead at the hospital. The driver of the pickup has been hospitalized but is said to be stable.