BELLINGHAM, Washington -- Toys 'R Us officials are temporarily halting sales of a toy truck that caught fire in Washington.

It happened on a highway -- and a customers' pickup truck burst into flames.

"Sparks and smoke coming from inside of the box -- like fire. It was hot," Roxsane Harden said. 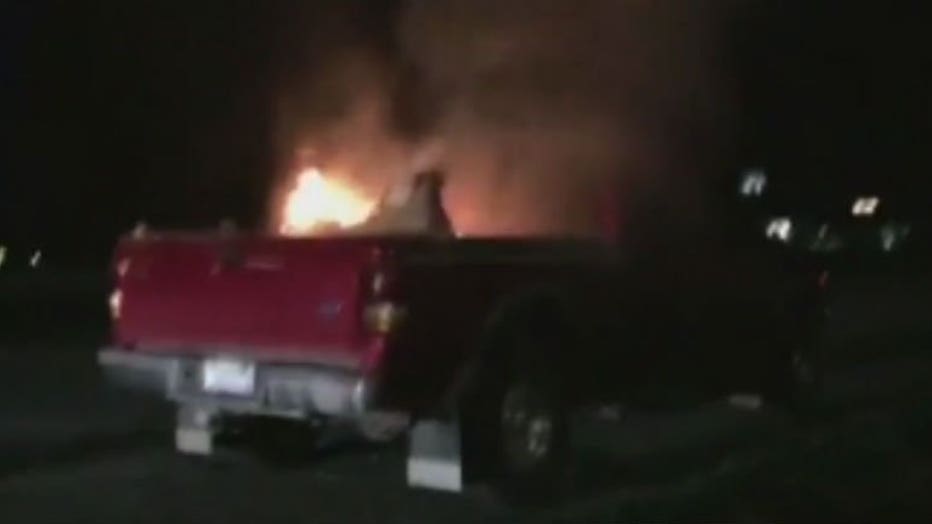 Fire erupted in the bed of their Ford Ranger on I-5 in Smokey Point on Friday night, November 18th.

Harden and her husband Delmond were on their way home from Toys 'R Us. They had just purchased a 12-volt Tonka Mighty Wheels dump truck for their grandson.

Incredibly, they realized the Tonka truck was on fire. 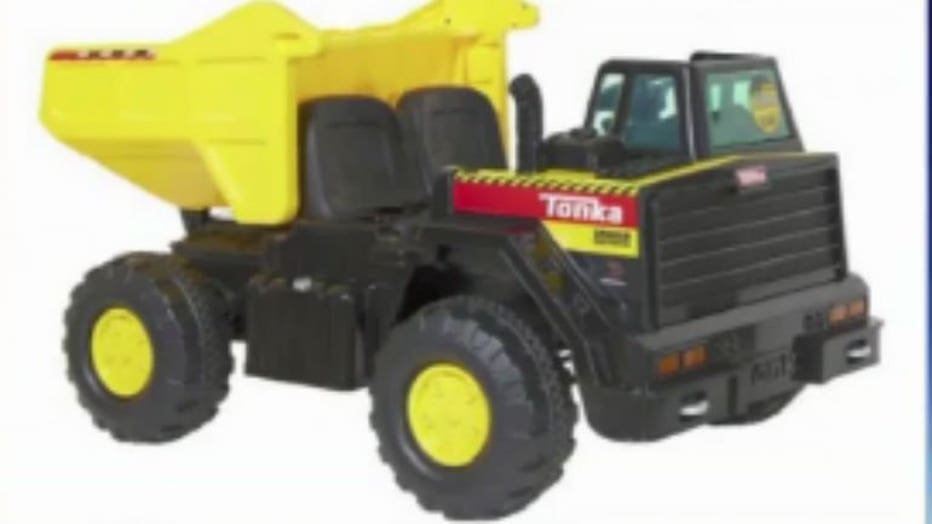 "I said 'we gotta pull over. We gotta get out of this truck.' So we pulled over, flames start shooting," Harden said.

The flames were so intense and stubborn, even the fire extinguishers a trooper had wouldn't douse the flames.

"The officer, when he looked on, he said the flames looked, appeared to be 15, 20 feet high. It was pretty shocking," Delmond Harden said. 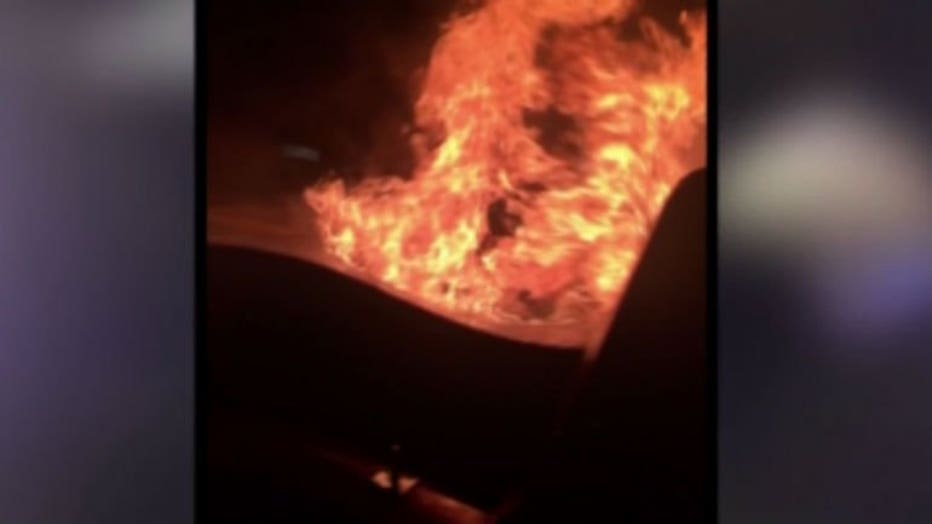 "I went to go, they told me to get whatever I needed out of the car, like my purse. So I'm in the back grabbing my purse and stuff and as I'm leaning over, I hear pop. And all this glass shattered and then there was smoke and dust inside," Roxsane Harden said.

Firefighters had to be called to put this fire out. 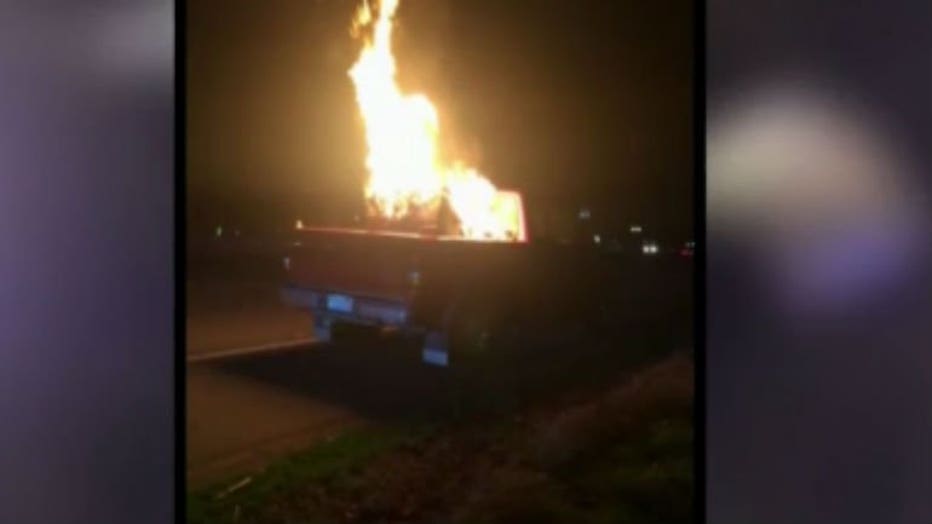 Toys 'R Us officials have responded, saying they won't sell the truck to anyone else while an investigation is underway.

"That is the way to go. Good for Toys 'R Us. That is perfect because the biggest shopping day of the year is coming up," Delmond Harden said. 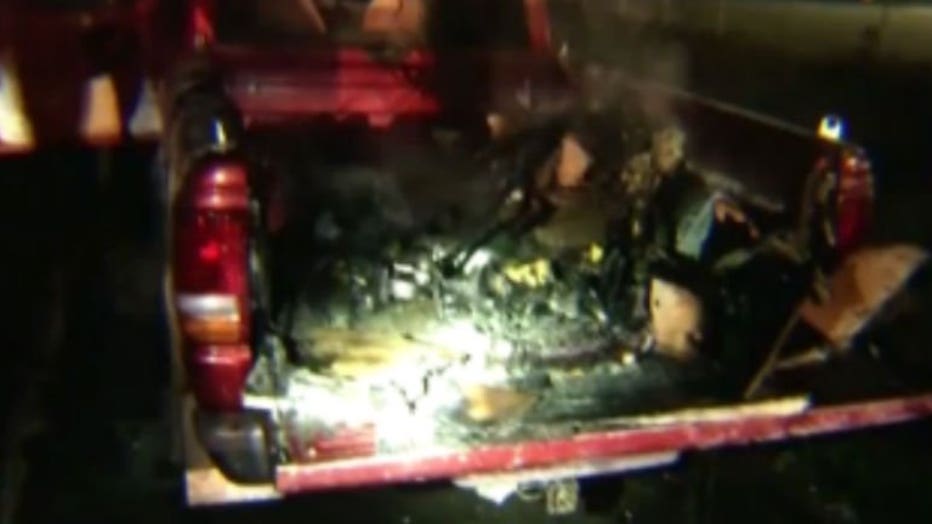 No one was hurt in this fire.

The Hardens said they're lucky they didn't bring the toy home -- because the damage would've been even worse there.