BAY VIEW -- A Bay View man quit his job, in an attempt to make Milwaukee history -- with a goal of changing Milwaukee's flag. He soon found a lot of help in that effort.

Starting from scratch is never easy. Sometimes it's difficult to take an idea and get it down on paper.

For months, there have been presentations, and a citywide call for something new. 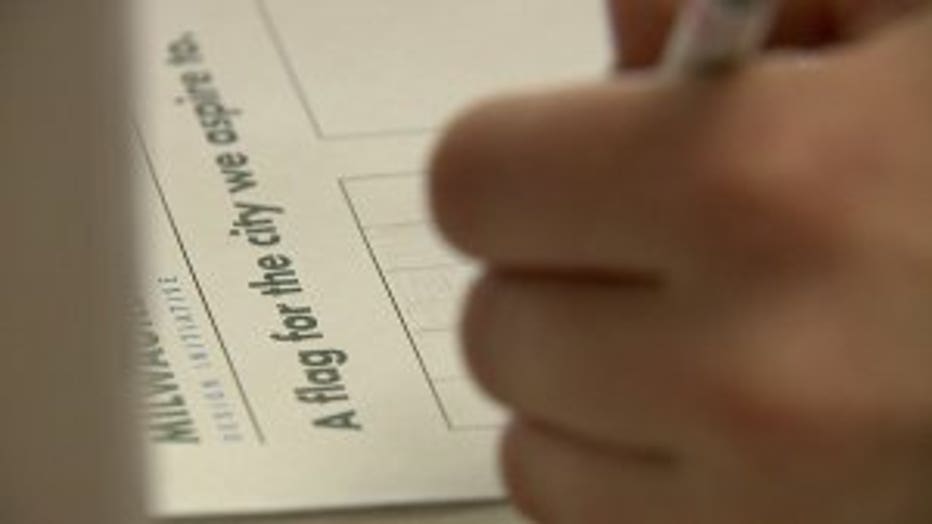 "We are a true melting pot of people and we have been since day one. It should be effective and handsome. It should look good. Flags are symbols. They are meant to symbolize greater themes," Steve Kodis said.

Kodis' idea had been rattling around in his brain for months. The graphic designer asked people to re-imagine Milwaukee's flag. He asked designers, students -- anyone to send in their ideas -- and they did.

"Any audience that would take me, I would talk to them. I didn`t care. It`s very impactful to see all of them out, physically together. All in all we ended up with 1,006 designs," Kodis said. 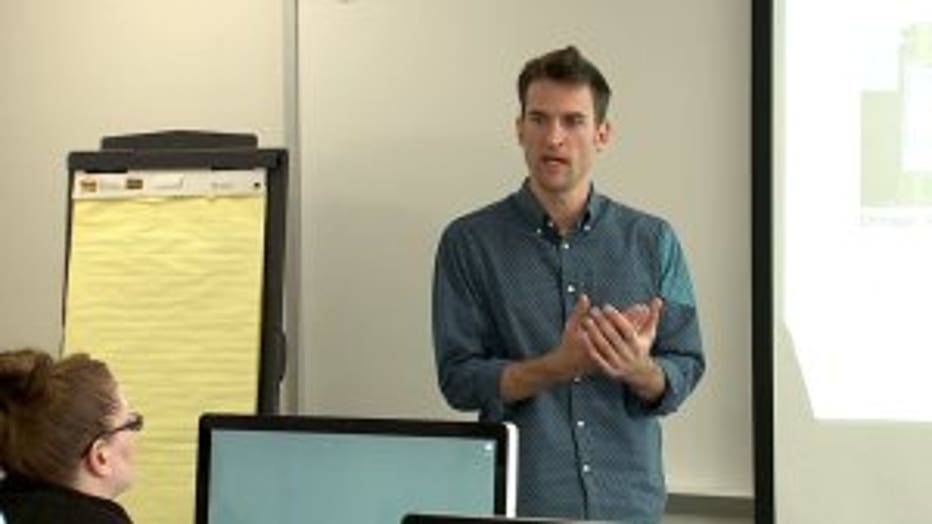 Kodis then gathered a team to narrow the field.

"I might be a little overwhelmed and carrying these designs into my dreams!" John Gurda, Milwaukee historian said.

To understand why there was a desire to create a new flag, one only needs to look at the current design.

"The Milwaukee city flag was designed by an alderman in 1954 -- and what he did was, he took all the elements and kind of rolled it out on a sheet of paper, and it became the flag," Gurda said. 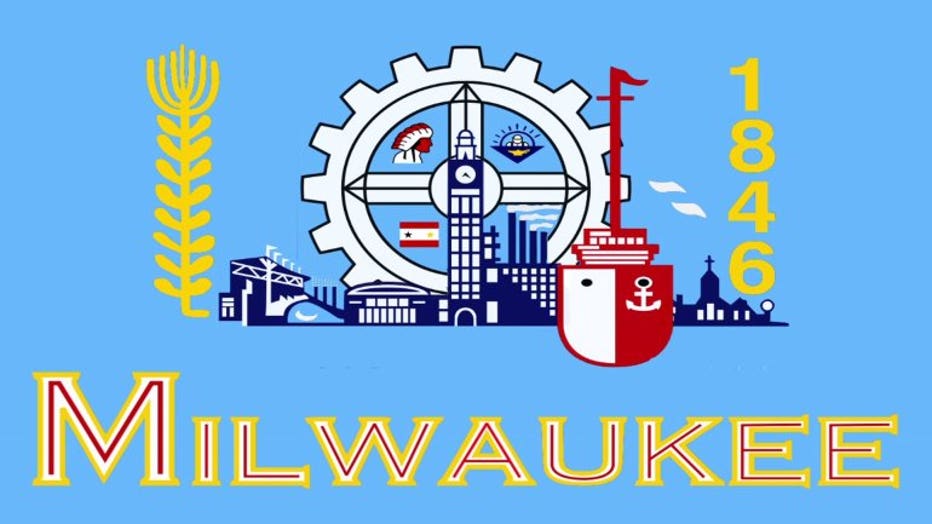 "The problem was he thew so much stuff in there, that it kind of just dies of its own weight," Gurda said. 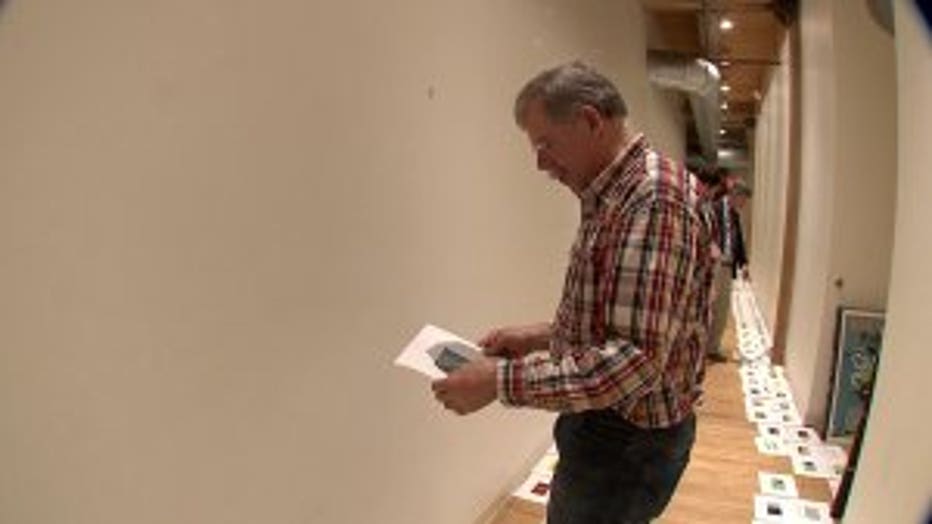 "We asked people to rate the design qualities of 150 city flags. And Milwaukee came in 147th," Kaye said.

Kaye and Gurda were among those helping to narrow down the entries.

"We`re looking for a unique symbol. A unique color pallet. With very strong symbolism. I truly believe we deserve to have a great flag -- something that we`re proud of," Kodis said.

Slowly but surely, the hundreds of designs were narrowed down and unveiled.

"This started as a very simple idea -- that Milwaukee is a great city with a great future and in turn, needs a great flag," Kodis said.

Joel Lange's design was one of the top 50. 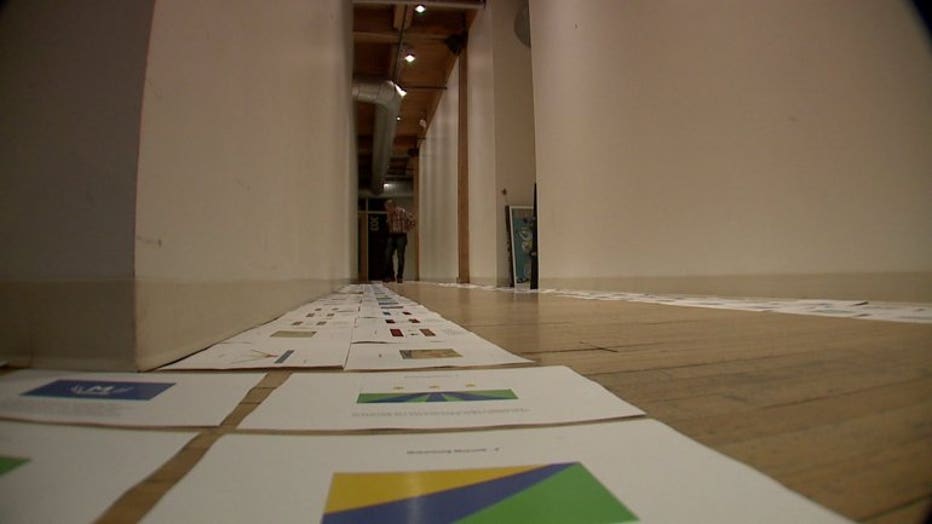 "In the corner there is a blue stripe which represents the Milwaukee river system. I drew like 50 of them because I was bored one day. And I`m a student so I was taking a study break, so I started drawing different flags," Lange said.

Kodis said he wasn't ever sure they'd make it this far.

"The last two efforts to redesign the flag, the city was involved. Those efforts failed. So something unconventional had to happen this time around," Kodis said.

Something like taking a personal risk, giving it your all, and hoping the community would join your effort.

"I decided to quit my day job so I could lead this initiative full time. A year ago this just started with an idea, and I was just sort of yelling it out to the world. And it turned into something much bigger than me," Kodis said.

With VIPs in the crowd, five finalists were eventually revealed.

There was then just one thing left to do! The "People's Flag of Milwaukee" had to be selected by -- the people of Milwaukee. 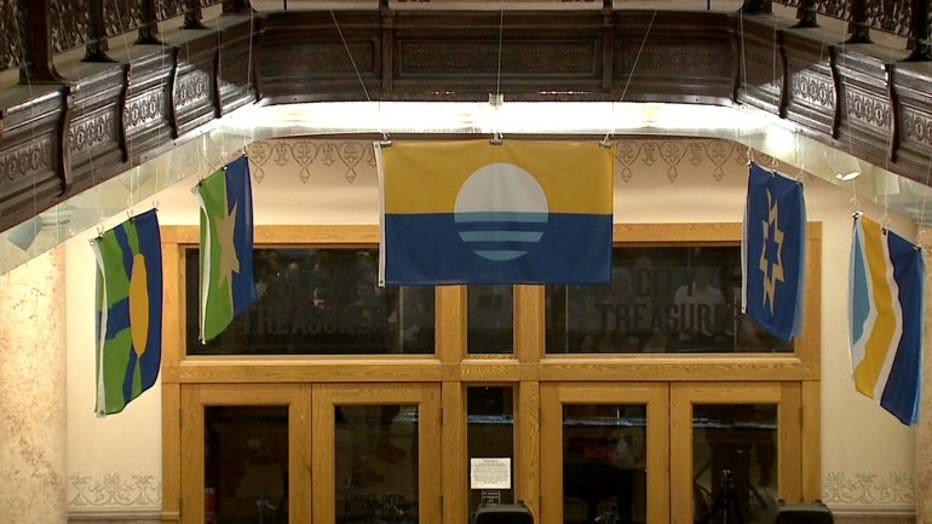 Finally -- a new flag was selected to represent the city of Milwaukee. It is called "Sunrise over the Lake" and the group is now working to try to get elected officials to adopt it as the official flag of Milwaukee. 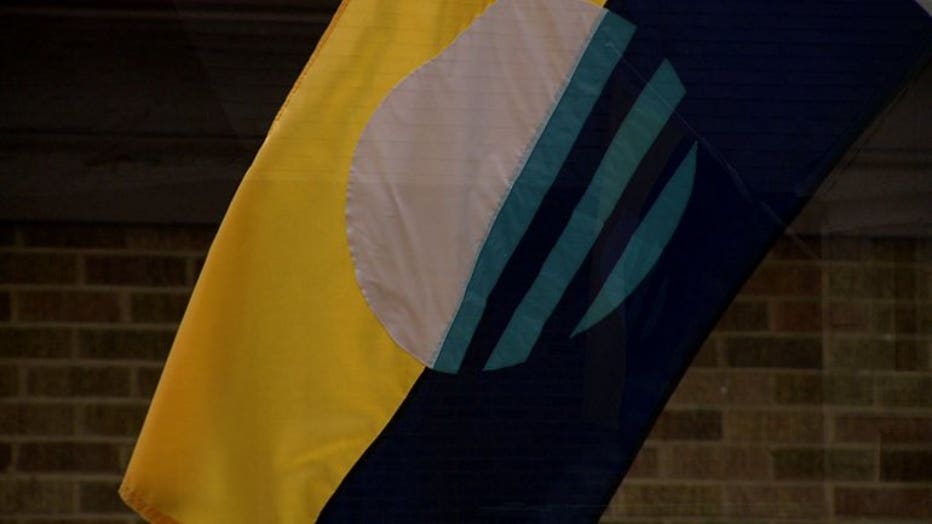