MILWAUKEE -- All seats on the Milwaukee County Board of Supervisors became part-time on Monday, April 18, but some of the newest board members said they were OK with the change. 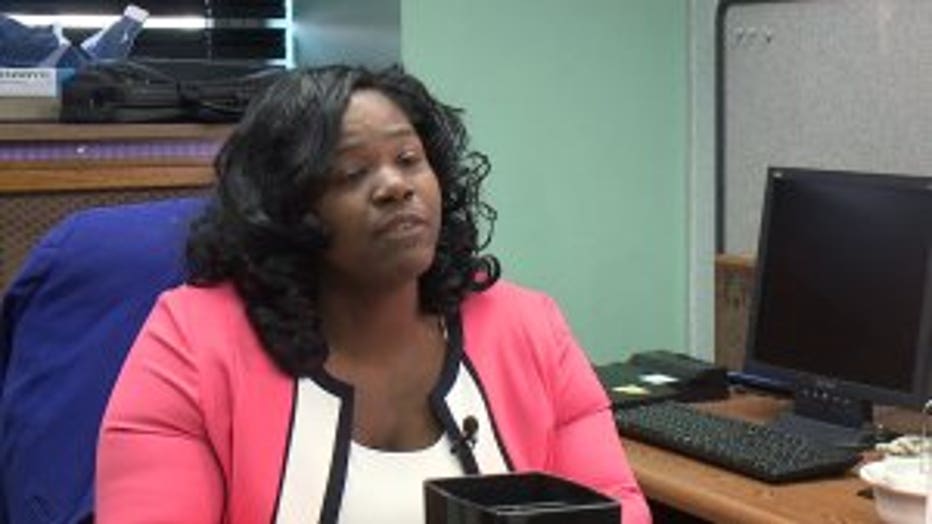 Three of the five new Milwaukee County supervisors said they are happy to be merely part-timers, even though veteran supervisors have voiced concerns since voters overwhelmingly approved the change in 2014.

"I knew with it being cut, the pay and the hours, some people may not have wanted to go forward with running for this seat," said Taylor, who represents parts of Milwaukee's north side and Brown Deer. "Who becomes the voice for them? So, hearing that made me want to run even more."

Taylor plans to keep her job as a parent coordinator for Milwaukee Public Schools. She said she has assured district administrators that the county board is now a part-time position. 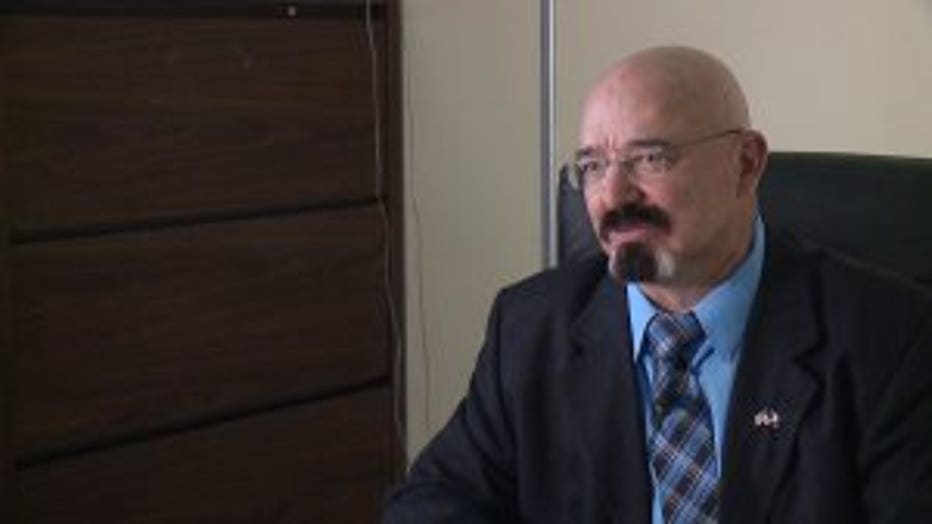 The change has renewed a debate whether supervisors should meet during the day, as they currently do, or in the evenings. That's when more supervisors and the public are available, Supervisor Dan Sebring said.

"Not just so that it will interfere with the operation of my business less," said Sebring, who owns an auto repair shop, "But for the citizenry to have an opportunity to come down to the committee hearings and weigh in."

County Executive Chris Abele called a move to the evenings a "sensible idea" that would allow more members of the public to have a voice. Abele said in an interview that he would leave the decision up to the board. 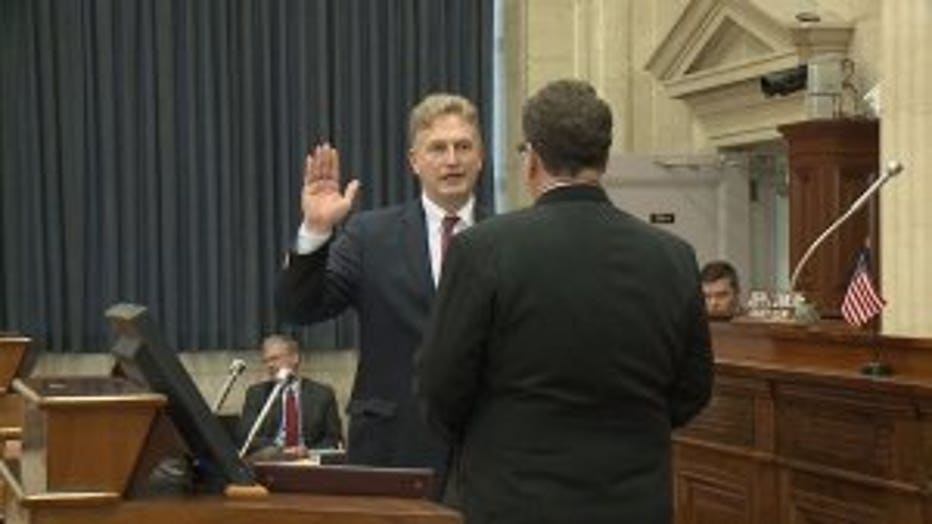 Lipscomb and Supervisor Sheldon Wasserman said they were concerned about the cost of keeping the courthouse open extended hours.

"Do we have to open up this whole courthouse? Do we have to pay for a new sheriffs deputy, do we have to open security? What are our costs going to be for nighttime meetings?" asked Wasserman, a Milwaukee doctor who previously served in the state Assembly from 1995-2009.

Tension between the board and Abele remains. Last year, the board sued Abele in an attempt to force him to attend certain meetings. Supervisors and the county executive have argued over funding for the Milwaukee County Sheriff's Office. 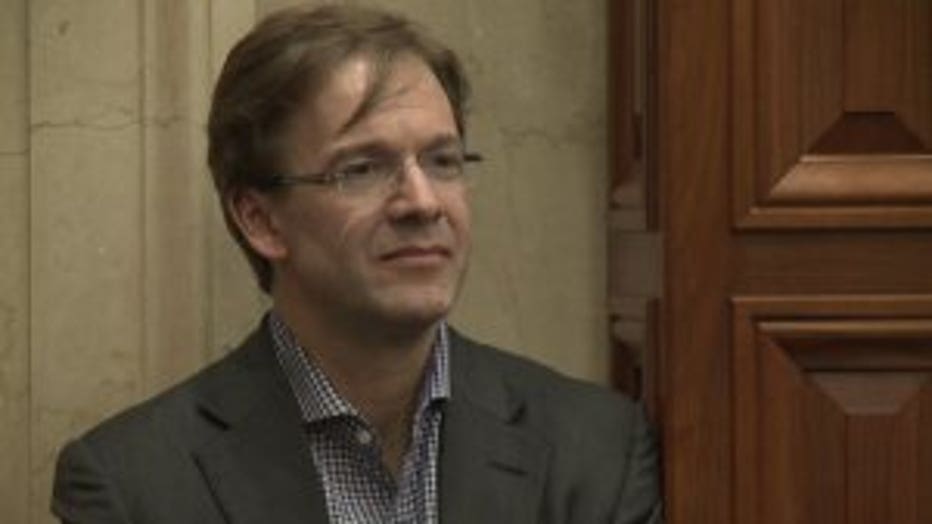 Abele attended Monday's swearing-in and watched the proceedings from the back of the chamber. Before supervisors adjourned the meeting, Supervisor Steve Taylor decided to take a jab at the county executive.

"I know I received a nice little card (from Abele) that said, 'Let`s continue to work together.' I was trying to think, when did we start?" Taylor said.

In an interview before the swearing-in, Abele said he planned to meet with all of the new board members.

"It's a good group," he said. "For all of us, the better working relationship we have with anybody we work with, the more likely we are to get to productive outcomes." 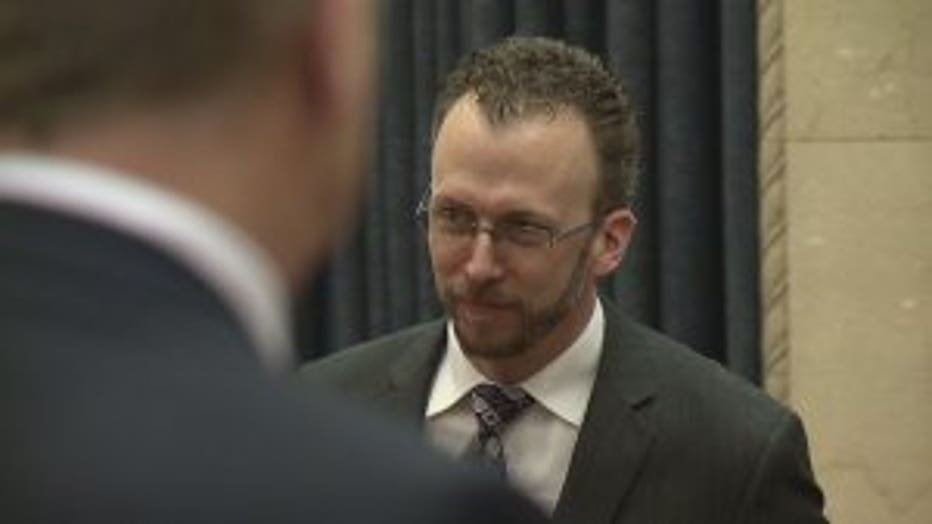 Lipscomb said he was scheduled to meet with Abele on Tuesday, and also hoped for a new beginning to a chilly relationship.

"That`s the first time he`s ever asked for that since I`ve been chair last year, so perhaps that`s the start," Lipscomb said.