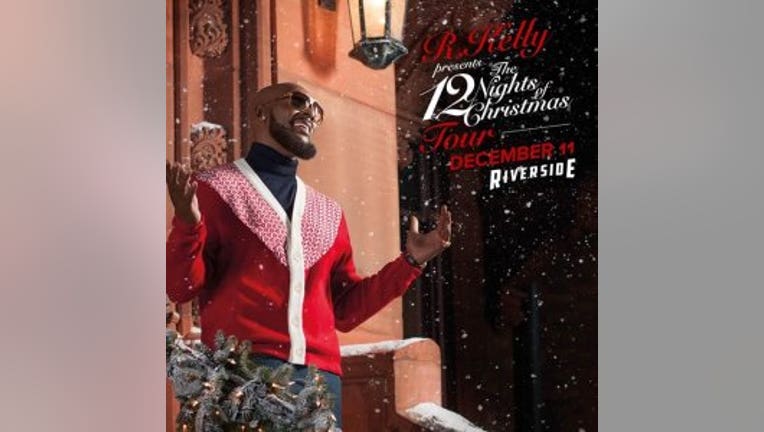 MILWAUKEE -- Singer, songwriter and producer, R. Kelly, will be playing at The Riverside Theater on December 11th. The show is part of his "12 Nights of Christmas Tour."

R. Kelly will be performing songs from his newly released 12 Nights of Christmas album, setting the mood for the holidays.

Tickets to the show go on sale Friday, October 28th at noon. CLICK HERE to purchase tickets online. You can also call The Pabst and The Riverside box offices at 414-286-3663.