MILWAUKEE -- Firefighters from across the state are taking a stand against Milwaukee Mayor Tom Barrett's proposed cuts to public safety. The mayor says his proposed 2018 budget still invests in fire and police personnel, but much of the money is going to people in those careers who have retired -- a $22 million in crease in pension costs in one year. 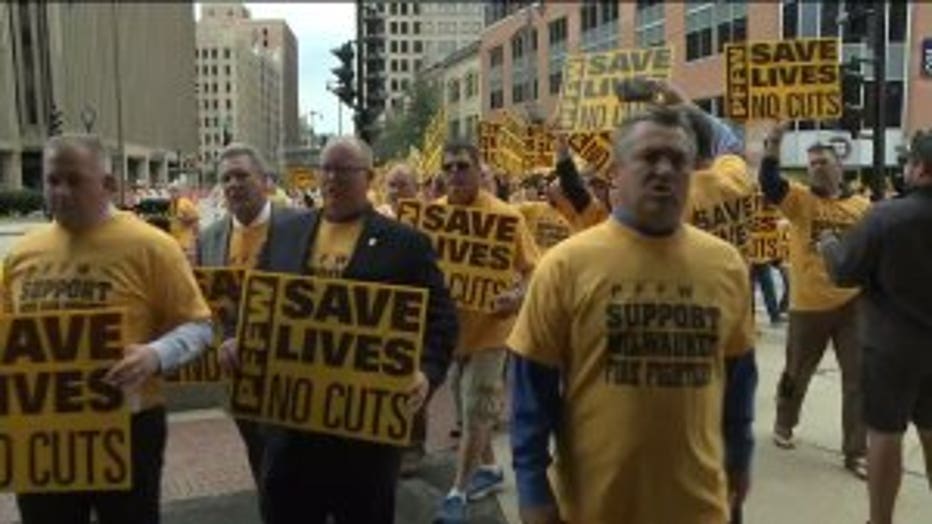 After marching through downtown Milwaukee Tuesday, October 10th, chanting "save lives, no cuts," 200 members of the statewide firefighters' union joined city leaders at City Hall to express their disapproval of Barrett's proposed budget.

"There is absolutely no question that these cuts will cost lives," David Seager Jr., president of the Milwaukee Professional Fire Fighters Association Local 215 said.

Under the proposal, 33 police officer and 75 firefighter positions may be eliminated, and six fire stations could close, including the historic station on Franklin and Brady on Milwaukee's east side. 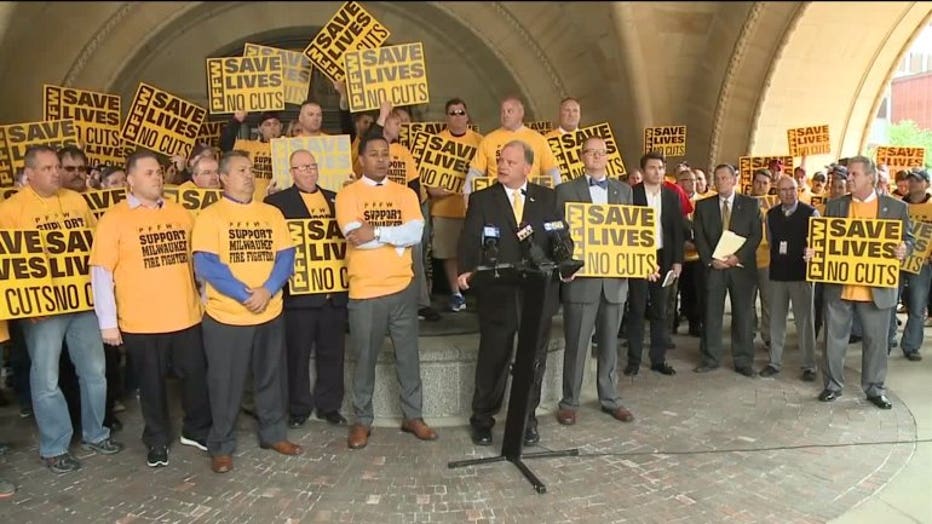 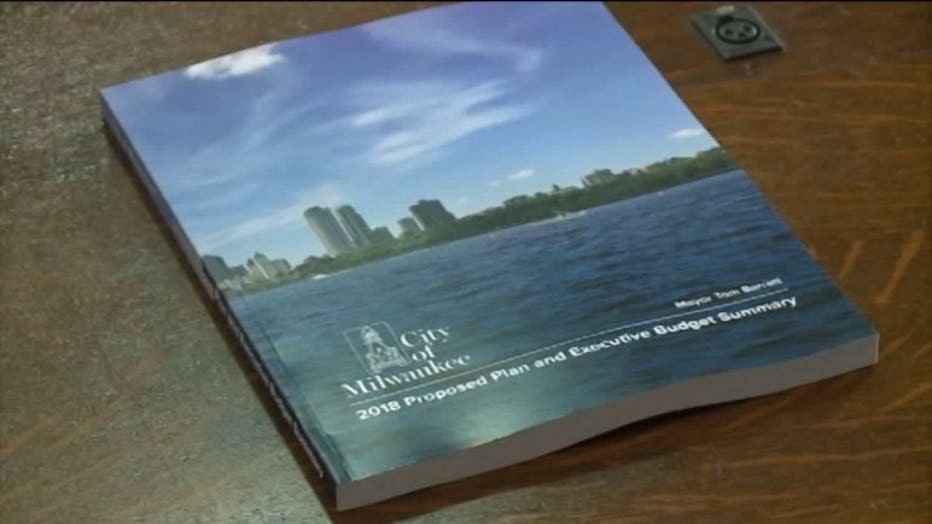 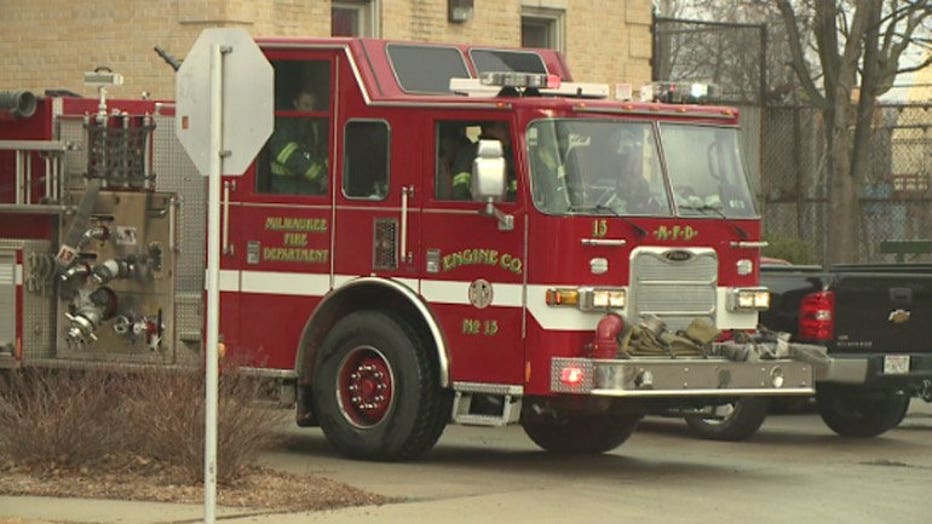 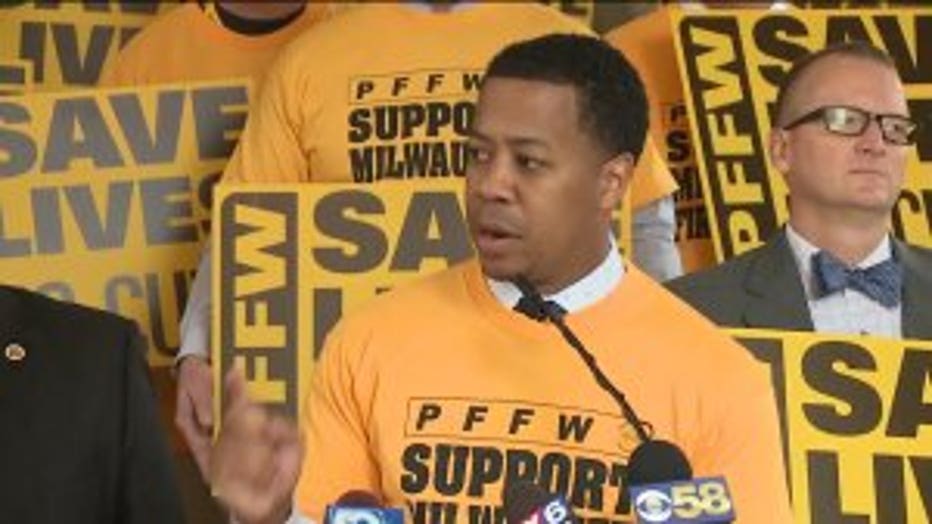 Critics fear response times will increase, while the number of people able to assist in an emergency situation will decrease, putting everyone at greater risk.

"Do you know what the number one reason for firefighter fatalities on the ground is? Inadequate staffing," Mahlon Mitchell, president of Professional Fire Fighters of Wisconsin said.

Barrett said the Milwaukee fire chief has assured that's not the case.

"If I were concerned, I would be doing something differently," Barrett said. 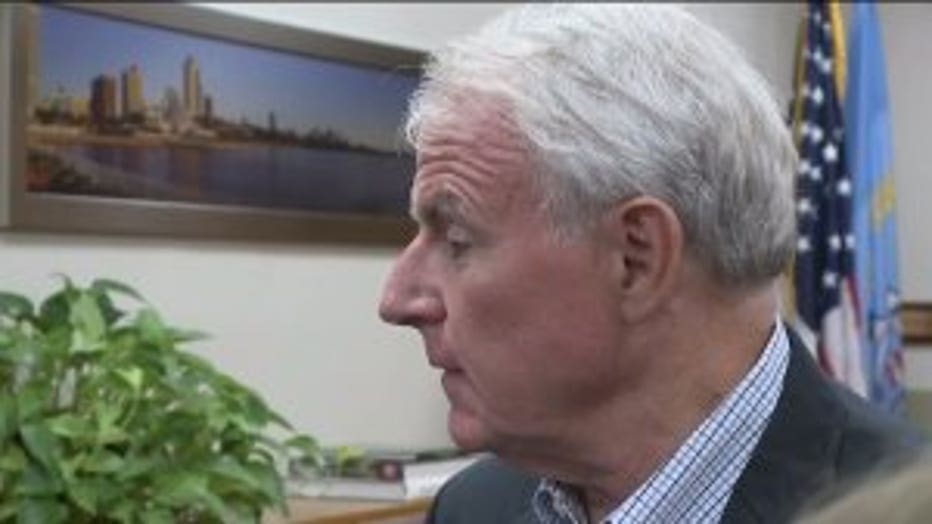 Barrett said he wants the union to help him get approval from the Wisconsin Legislature to allow residents to vote on a half-cent sales tax referendum, which could bring in an additional $35 million per year in revenue.

Three Milwaukee aldermen who took part in Tuesday's demonstration said Barrett needs to meet them halfway by prioritizing safety over projects like an expansion of the downtown streetcar.

"Does the streetcar do anything to improve public security in this city?" Alderman Tony Zielinski said.

"Milwaukee is in one hell of a mess," Alderman Bob Donovan said. 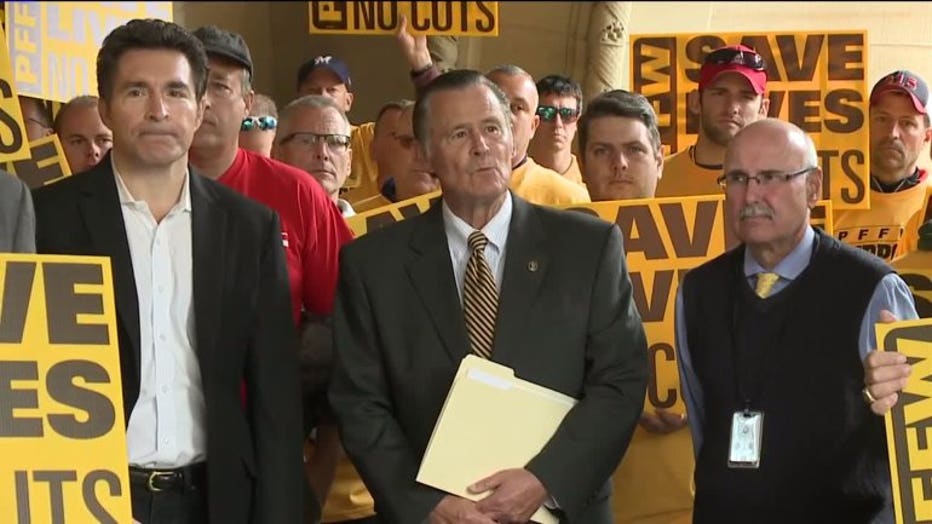 Barrett said he'll wait to make a decision on the streetcar until October 2018, when it's up and running, and he can get a sense of the number of riders.