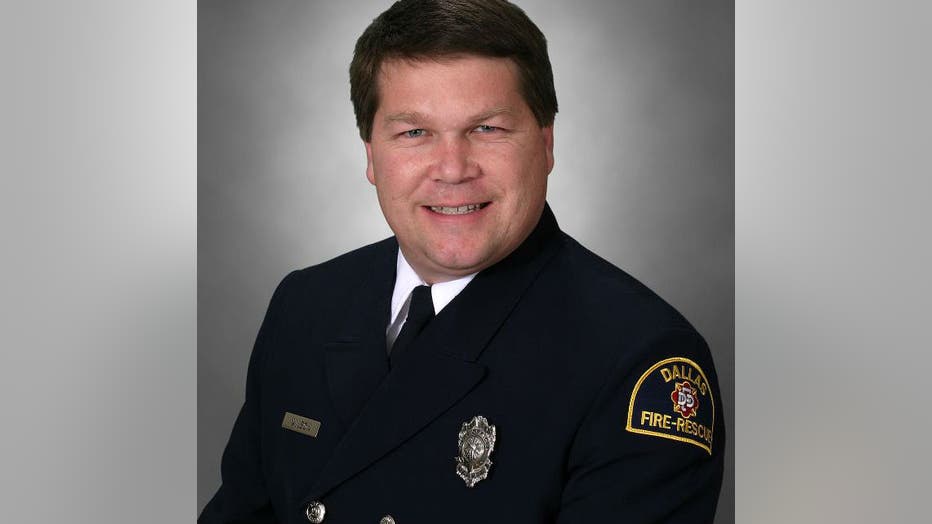 (CNN) -- A firefighter was killed Monday during a six-alarm blaze at a Dallas condominium complex, the city's fire department said.

He was one of a team responding to the blaze at the Hearthwood North Condominiums, in northeast Dallas, when he became trapped in the building.

Jason Evans, spokesman for Dallas Fire Rescue, identified the firefighter as Stanley Wilson. The fire has been classified as a six-alarm blaze for several reasons, the department said, including the search for Wilson.

"When firefighters arrived at the location, there was lots of smoke coming from the roof of a three-story condominium building," the department said. "An offensive fire attack was initially attempted, but the fire was growing too quickly and caused them to have to move out for a defensive attack."

Two residents were treated for smoke inhalation at the scene. Two injured firefighters were taken to a hospital and are expected to recover.

At least five residents were rescued from the building, the department said. The Red Cross has been called to help displaced residents.

The cause of Wilson's death is under investigation.