MILWAUKEE -- Officials with the Milwaukee Fire Department and Wauwatosa Fire Department gave Santa Claus a lift on Tuesday, Dec. 25 so he could greet children spending the holiday at Children's Hospital of Wisconsin.

It was the big man in red's final stop before heading back to the North Pole to prepare for Christmas 2019.

Instead of a sleigh and reindeer, Santa hopped on a fire truck at Children's Hospital. Fire officials used their ladder to lift Santa up to the windows, where he waved to children both inside the hospital, and watching from the street.

About 200 children were able to catch a glimpse of the big guy before he had to head north. 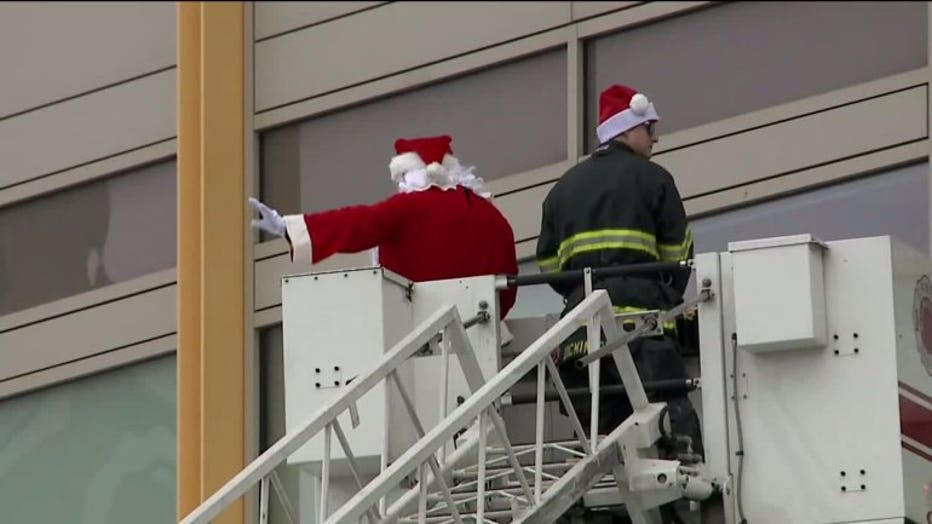 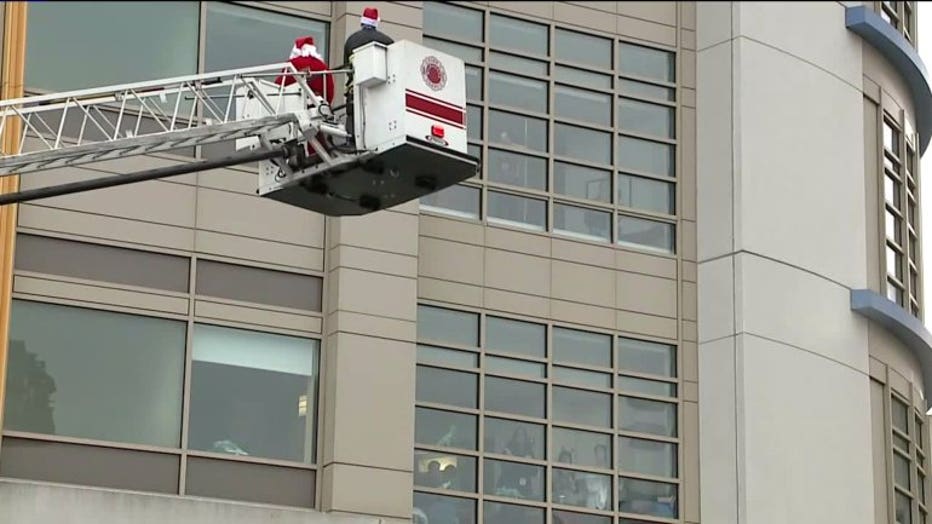 The idea came to be when a fire official had a relative at the hospital for more than six months.

"When you can see what they're going through and what, possibly, a day is like here, and there's multiple days, that on Christmas you could bring some joy and some kids and some family's faces -- it's moving and very touching," said Lt. Kevin Monaghan with the Milwaukee Fire Department.