MILWAUKEE -- Milwaukee’s police chief says he doesn’t know if his job is in question. And the body who decides it - isn’t saying either.  With a meeting set for Monday, what’s in store for Chief Morales.

What appeared to just be a normal six-month review for Chief Morales has turned into lots of secret meetings - and even more questions here at City Hall. 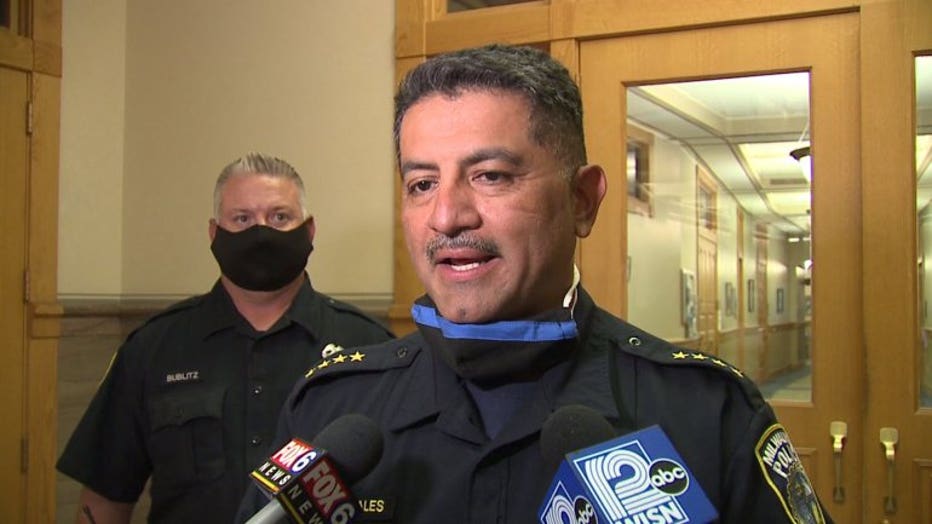 Today, wasn’t the first closed-door session with Chief Alfonso Morales and the Fire and Police Commission.

During today’s meeting, the notification came down about Monday's special meeting - involving Morales.

This meeting description is different though.

It says: “A resolution to vote and issue directives for the Chief.”

The Chief said they did discuss his job in tonight’s three-hour long meeting, but other things as well.

"It’s a closed meeting and I just would talk about it but I don’t know if I can talk about it so I’d rather wait and talk to our legal staff to see I can talk about what our discussion is during closed session. sometimes those are confidential and I don’t want to say anything that would be improper at this time," Morales said. "Always feeling good, every day above the ground, the day we can talk to the Lord, I am good."

Hard to ignore the Chief’s initial demeanor coming out of the chamber - more distraught than normal. Granted, he was also in there for quite some time.

The FPC has long had ups and downs with police chiefs.

In 2003 - Art Jones wanted to be reappointed - but wasn't. The fact that this discussion is taking place seven months in - appears quite unique in the city’s history.