COPENHAGEN, Denmark — A man stabbed eight people Friday in Finland's western city of Turku, killing two of them, before police shot him in the thigh and detained him, police said. Authorities were looking for more potential suspects in the attack. 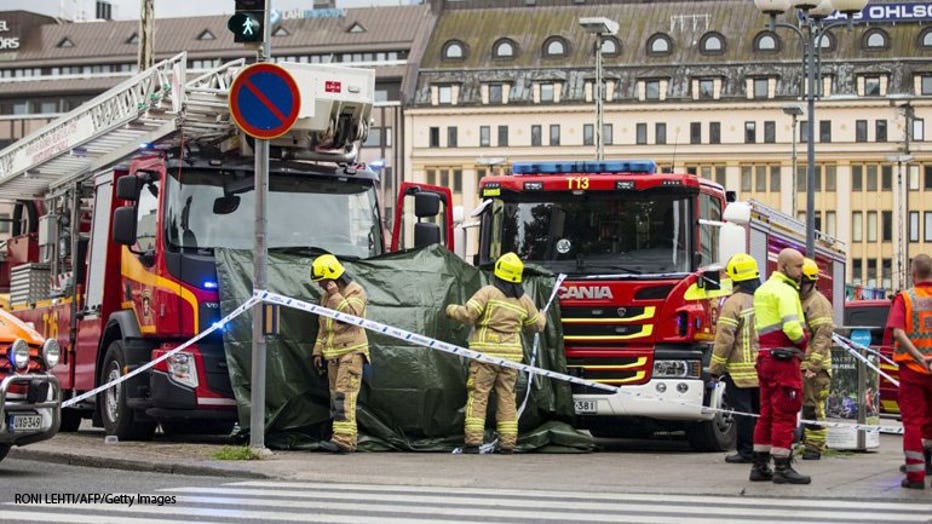 A suspect — who police said was "a youngish man with a foreign background" — was being treated in the city's main hospital but was in police custody. Security was being stepped up across the Nordic country, Interior Minister Paula Risikko told reporters at a news conference.

The man's identity and nationality were being investigated. Police said he is likely to have acted alone though it was not possible to completely rule out that other people were involved.

Police did not give any information on the two people killed or the conditions of those wounded in downtown Turku, 170 kilometers (106 miles) west of Helsinki, the capital.

Finland's top police chief, Seppo Kolehmainen, said it was too early to link the attack to international terrorism. 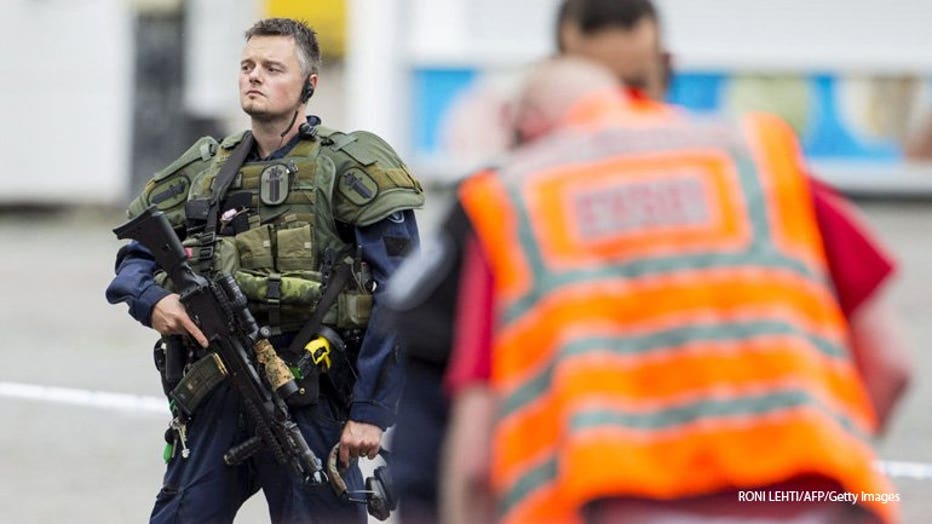 "Nothing is known about the motives ... or what precisely has happened in Turku," he said.

It was also not known if Friday's attack was linked to a decision in June by Finland's security agency to raise its threat assessment to the second level of a four-step scale. The Finnish Security Intelligence Service says the country's "stronger profile within the radical Islamist propaganda" led to the change. It said the Nordic country is now considered part of the coalition against the Islamic State group.

The Ilta-Sanomat tabloid said six people were injured in the attack, one man and five women, and that a woman with stroller had been attacked by a man with a large knife. Finnish broadcaster YLE said several people were seen lying on the ground in Puutori Square after the attack. 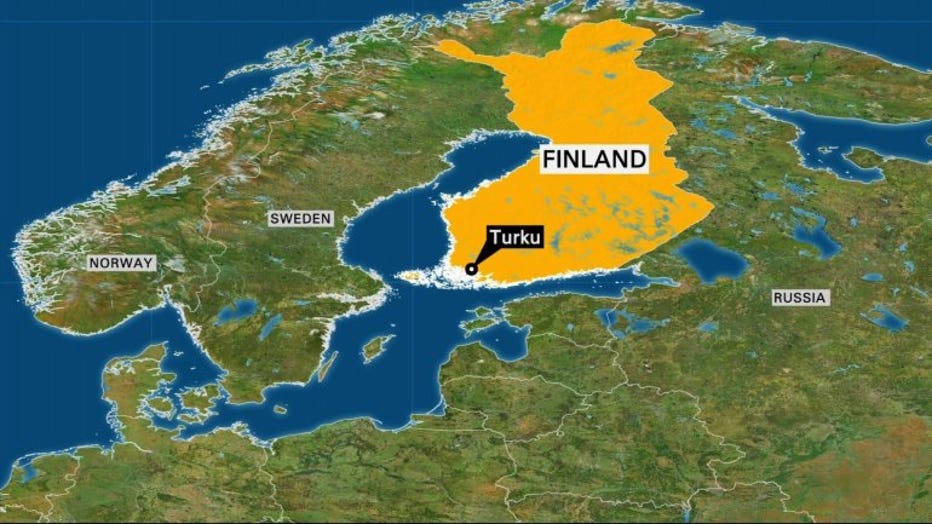 Police in Finland have shot and arrested a suspect after several people were stabbed in the city of Turku.

Witness Laura Laine told YLE she was about 20 meters (65 feet) away as the attack took place.

"We heard a young woman screaming. We saw a man on the square and a knife glittered. He was waving it in the air. I understood that he had stabbed someone," Laine was quoted as saying.

Finnish President Sauli Niinisto arrived at Turku later Friday and condemned the attack as "a shocking and cowardly act."

"This attack touches us all deeply," said Niinisto, adding that the country's political leaders and security officials were doing their utmost "so that all Finns are able to feel safe."

"Police have told us not to go to the city center, so we are in this coffee shop a few blocks away," said Vanessa Deggins, an American studying business at one of Turku's three universities, told The Associated Press. She didn't witness the attack, but heard emergency sirens going past.