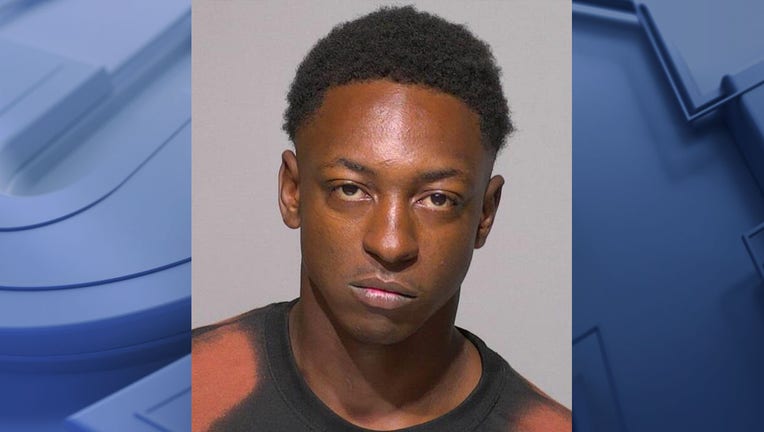 MILWAUKEE - A 24-year-old Milwaukee man wanted in a Sept. 14 road rage shooting on the city's north side has been charged, according to a criminal complaint.

Kentodric Simon has been charged with two counts of first-degree endangering safety, use of a dangerous weapon.

According to the complaint, the victim noticed the above-named defendant in Buick Lacrosse making a left turn near 27th and Capitol. They attempted to get around the Lacrosse when the defendant pulled forward and hit the victim's car.

The driver – later identified as Simon – exited the vehicle and walked to the victim's driver's side window and made several statements about the crash.

The defendant then returned to his vehicle stating, "I’ll air this [expletive] out." The defendant then produced a semi-automatic handgun and fired several shots. One of the shots penetrated the front windshield striking the column separating the front and rear passenger compartments.

The victim's 11-year-old son was in the front passenger seat when this occurred.

On Sept. 19, officers showed the victim a photo lineup containing the defendant's photo. The victim identified Simon as the person who shot at her vehicle.