Fewer insurers cover raccoon damage, and it could cost you thousands

MILWAUKEE - What’s black and white, and can trash an attic in a matter of days?  The answer is a critter that one animal control company says is becoming less likely to be covered by insurance.

Between the feral cats, the muskrats and opossums, there is never a dull day in Wisconsin for those who work in animal control, yet not even a skunk can wreak havoc as quickly as one nocturnal bandit. 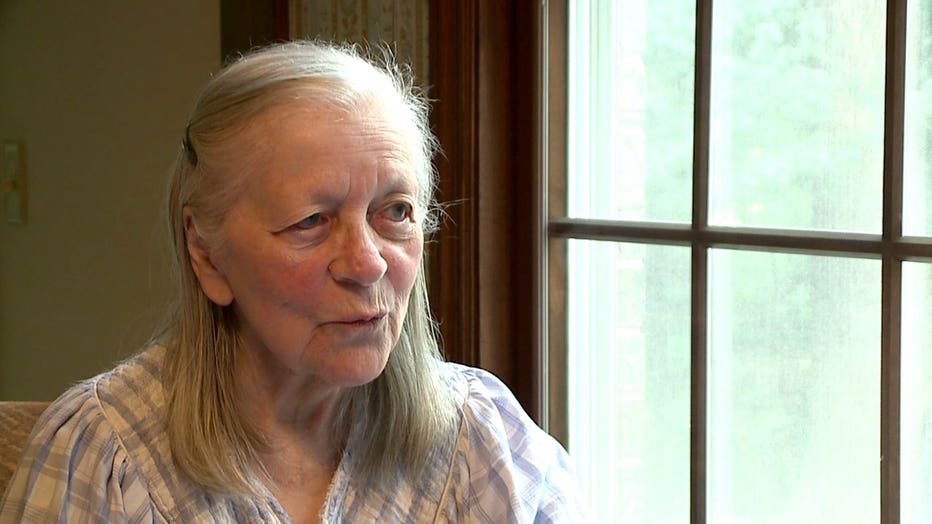 Stateline says their average attic restoration job for raccoon damage costs between $5,000 and $15,000. Yet, Stateline has one customer whose check it refuses to cash. It was written by 94-year-old Elaine Watts.

In May, a raccoon crawled into Elaine’s attic through a vent and had babies. The cost of restoring her attic is $16,000.

“I was kind of shocked that it would cost that much,” said Watts. “Are you can imagine, they were up there for a few days, and it’s dirty.” 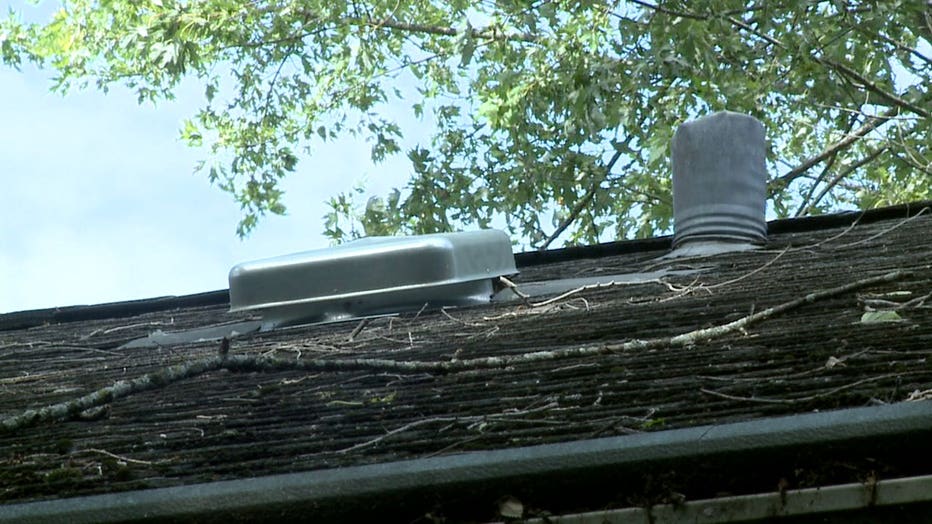 The claim Elaine filed with her homeowner’s insurance was her first in 42 years of owning the policy. Stateline says it was denied.

“This woman has kind of like gotten close to my heart,” said Jackson. “This has been happening to a lot of our clients, specifically State Farm-related.” 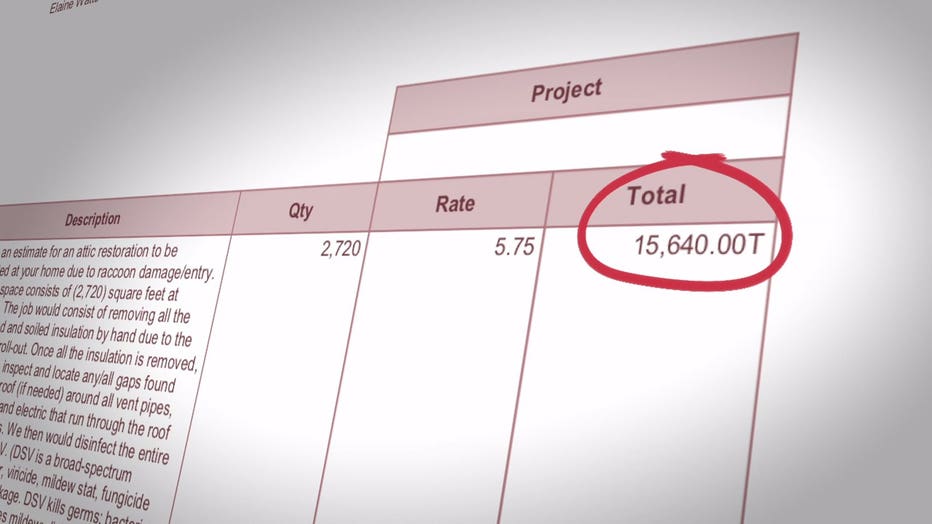 State Farm confirms to Contact 6 in an email that “the homeowner’s policy in this area was updated in 2018.”

Attorney April Barker of Scott, Bublitz & Engel, S.C., says policies can be rewritten annually. The notification papers may come with your renewal notice.

“Insurance companies are often updating their policy language. They're often adding exclusions,” said Barker. “[The notification papers] go into a drawer, nobody ever looks at them, but they can substantially affect the scope of coverage.”

It’s hard to speak in generalities about insurance policies, but more often than not, insects and rodents are likely to be excluded from coverage. Larger animals, like bears, are more likely to be included. Anything in between, like a raccoon, often falls into a gray area. 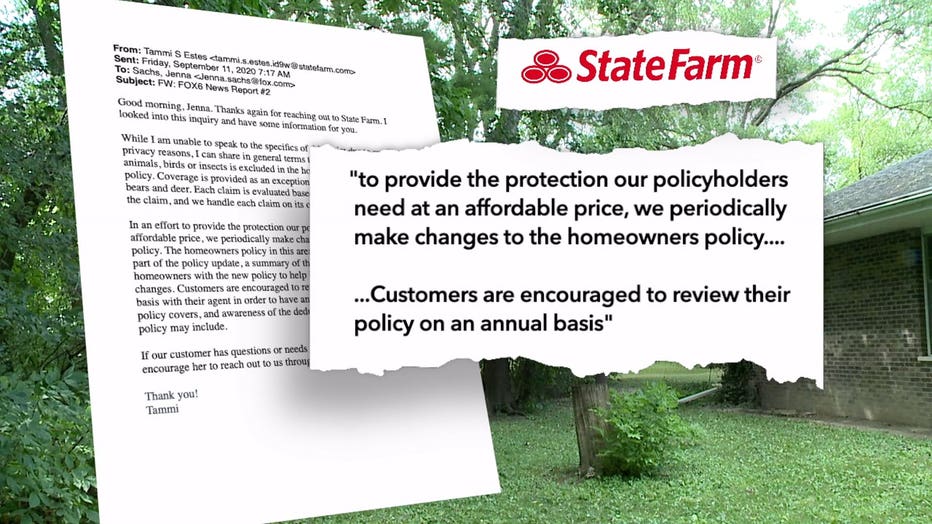 “It could really hinge on a couple of words in the policy,” said Barker.

State Farm tells Contact 6 “ "to provide the protection our policyholders need at an affordable price, we periodically make changes to the homeowner's policy... Customers are encouraged to review their policy on an annual basis.”

Watt acknowledges if she was sent the papers, it’s possible she didn’t read the fine print.

“Back 10 years ago, it didn't matter what house or what area or what was the problem. If it was a raccoon in your attic it was covered,” said Miller.

Stateline is repairing Elaine’s attic this week at a discounted price. If you ever have raccoon damage, clean it up immediately. Raccoons can carry diseases that spread through the air, and the smell they leave behind can draw in other animals. 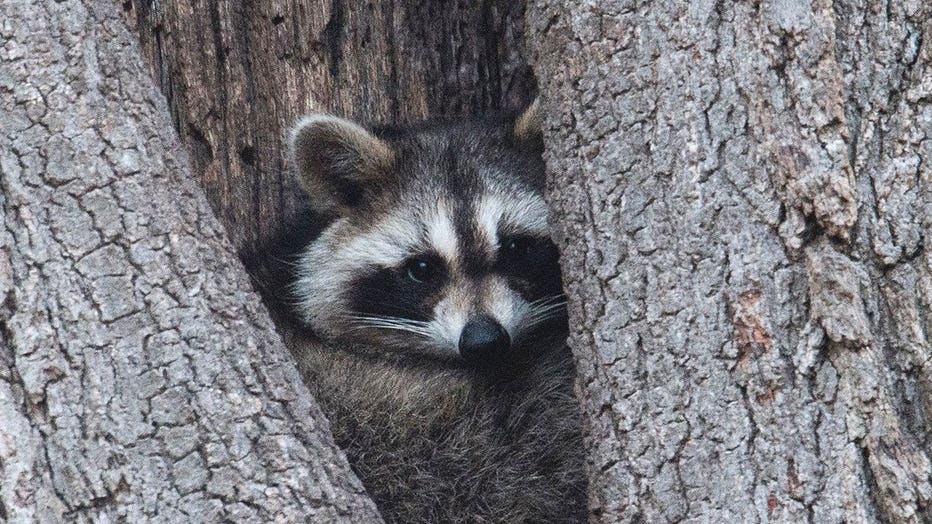 “While I am unable to speak to the specifics of this claim due to customer privacy reasons, I can share in general terms that damage caused by animals, birds or insects is excluded in the homeowner's insurance policy. Coverage is provided as an exception for damage caused by wild bears and deer. Each claim is evaluated based on the individual details of the claim, and we handle each claim on its own merits.

In an effort to provide the protection our policyholders need at an affordable price, we periodically make changes to the homeowner's policy. The homeowner's policy in this area was updated in 2018.  As part of the policy update, a summary of the changes is sent to homeowners with the new policy to help introduce and explain the changes. Customers are encouraged to review their policy on an annual basis with their agent in order to have an understanding of what their policy covers, and awareness of the deductibles and exclusions their policy may include.

If our customer has questions or needs additional guidance, we encourage her to reach out to us through her agent or claim specialist.”