NEWARK, N.J. -- Federal customs officers in Newark, N.J., seized a huge shipment of products that officials suspect were made with human hair as part of an effort to crack down on forced labor in China, Fox News has learned.

The U.S. government is analyzing the cargo to confirm its origin. But U.S. officials said they intercepted part of a 13-ton shipment – including products like hair extensions and wigs – that potentially was produced by forced prison and child labor in the region of Xinjiang. 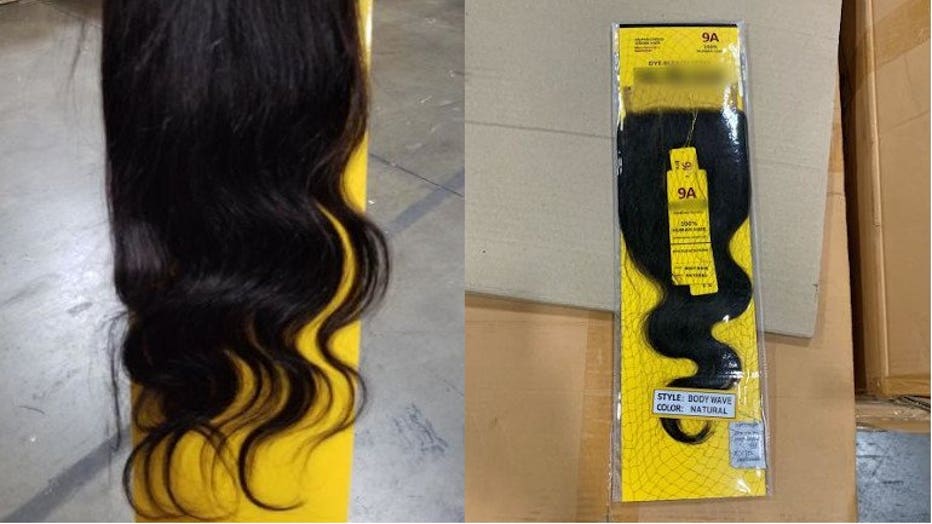 “The production of these goods constitutes a very serious human rights violation, and the detention order is intended to send a clear and direct message to all entities seeking to do business with the United States that illicit and inhumane practices will not be tolerated in U.S. supply chains,” said Brenda Smith, executive assistant commissioner of the CBP Office of Trade.

The Trump administration is expanding pressure on American businesses to rid their supply chains of goods produced with forced labor. Officials are especially targeting human rights abuses in Xinjiang, where the Chinese government has interned more than a million Muslims and subjected minorities, like Uyghurs, to surveillance, indoctrination and forced labor, according to U.S. officials.

“The Chinese Communist Party’s campaign of persecution and repression in Xinjiang, aimed at eradicating the ethnic identity and religious beliefs of Uyghurs and other minorities, includes Stalinist mass detentions in forced labor camps, Orwellian-style surveillance controlling their every movement, forced sterilization of minority women, and forced renunciation of faith,” said Ullyot.

The Chinese government has relocated hundreds of thousands of Uyghurs and other minorities from mass internment camps to factories across China, U.S. officials say. 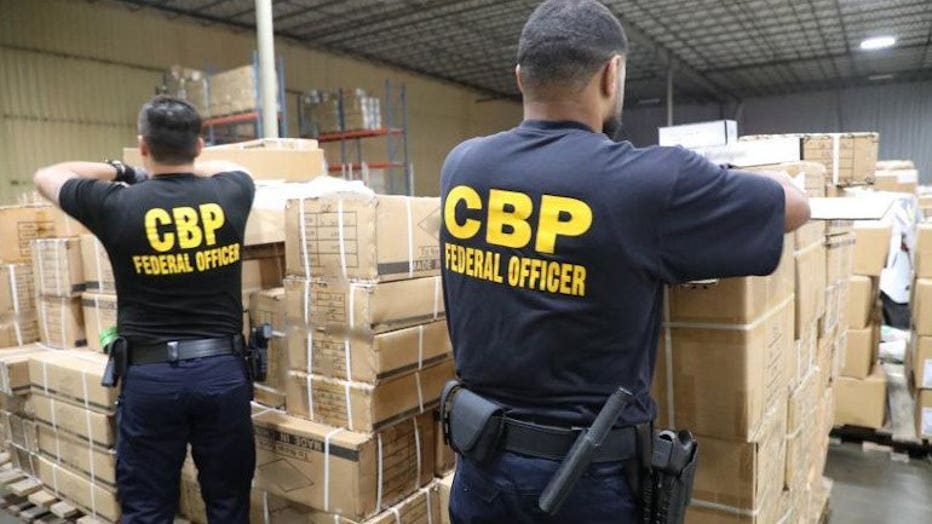 “The Company is committed to respecting recognized human rights principles aimed at promoting and protecting human rights in the countries in which we operate,” Caterpillar said in a statement. “We do not condone and strive to eliminate all forms of forced labor, child labor, and discrimination in the workplace.”

In October, the State Department announced restrictions on visas to enter the United States for Chinese government officials “who are believed to be responsible for, or complicit in, the detention or abuse of Uighurs, Kazakhs, or other members of Muslim minority groups in Xinjiang.”

State Department officials said the Chinese government is already expanding its system of oppression in Xinjiang to other parts of the country.

“It’s going to be cameras and identification. It’s going to be social credit systems. It’s going to be oppression, particularly if you want to practice your faith,” Sam Brownback, the State Department’s ambassador at large for international religious freedom, said in a June interview with Fox News. “These are the things that is the virtual police state that we’re very concerned about.”

China’s government describes its mass internment camps as vocational training centers and has criticized the U.S. government for interfering in its internal affairs. Chinese officials claim their actions in Xinjiang are designed to protect national security.

Former national security adviser John Bolton’s memoir included an allegation that President Trump once told Chinese President Xi Jinping he should “go ahead” with the camps, and voiced support for them.

President Trump later told Axios he held off on imposing sanctions over the detention camps due to trade talks.