Federal authorities announced that Octaviano Juarez-Corro, a Milwaukee fugitive, is being added to the FBI's Ten Most Wanted List.

MILWAUKEE - Federal authorities announced on Wednesday, Sept. 8 that Octaviano Juarez-Corro, a Milwaukee fugitive, is being added to the FBI's Ten Most Wanted List.

On May 29, 2006, officials say Juarez-Corro, now 47, allegedly shot and killed two individuals and wounded three others at a holiday picnic.

"Demanded four of the five victims get to their knees. But before they got to their knees, he systematically shot each of them in an execution-style manner," said Robert Hughes, Special Agent in Charge, Milwaukee Field Office. 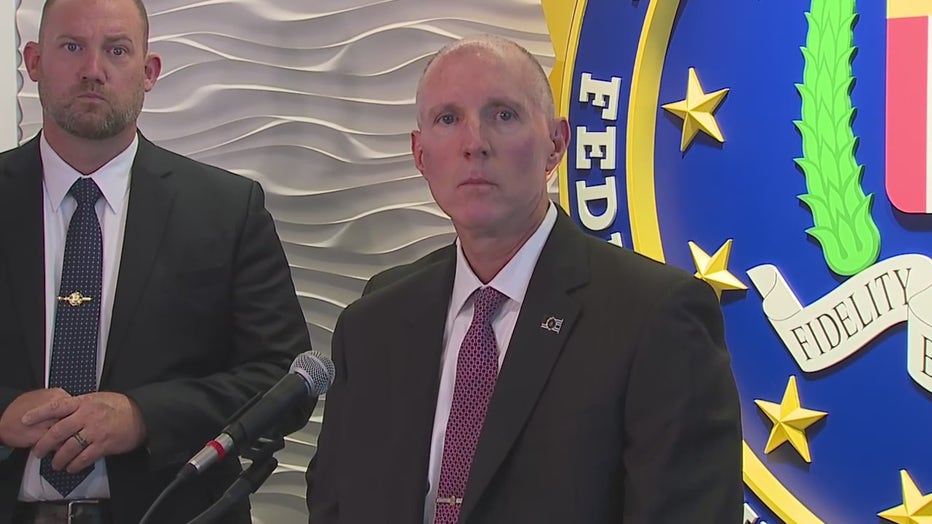 Of the five people who were shot, two were fatally wounded. Juarez-Corro left the park after the shooting and remains at large. He should be considered armed and dangerous, officials say.

A Milwaukee police officer saved the life of one of the three survivors by performing CPR at the scene.

"It’s important to get a person such as this because the propensity for violence is great," said former Milwaukee Police Chief Alfonso Morales.

Morales spoke with FOX6 at the time – when he was a lieutenant in the Criminal Investigation Bureau. He said there was an urgency to arrest Juarez-Corro.

Current Acting Milwaukee Police Chief Jeffrey Norman recalled the impact the case had on the department.

"Having that burned in your head in regards to the heinous acts that took place that day. Does give the level of urgency and importance?" Norman said.

Juarez-Corro is described as being 5'7" tall, weight 180 to 200 pounds, with brown eyes, and black hair that may be graying. He is believed to be hiding out in Mexico.

"I know at times it seems well, if he’s in Mexico, chances of getting him are slim to none. That’s not the case," Hughes said.

Federal authorities announced on Wednesday, Sept. 8 that fugitive Octaviano Juarez-Corro, a Milwaukee fugitive, is being added to the FBI's Ten Most Wanted List.