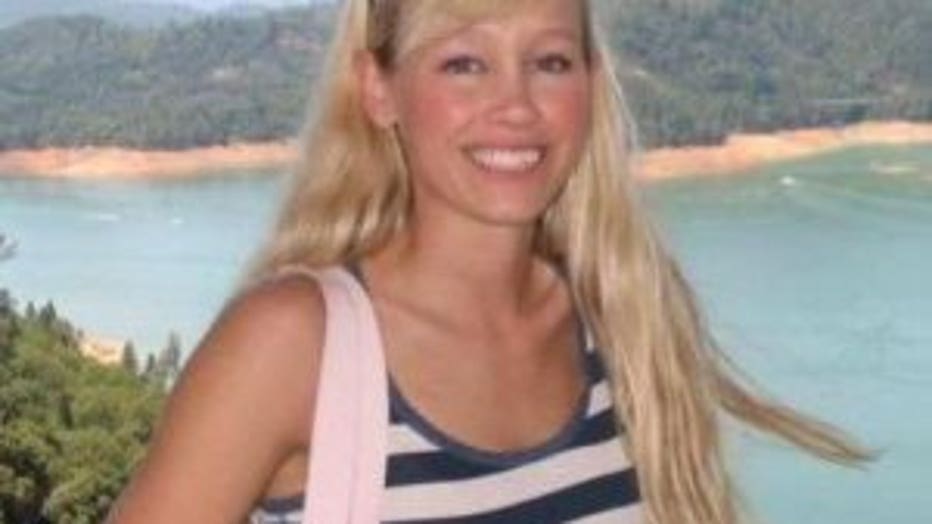 Sherri Papini, a 34-year-old mother of two has been found safe three weeks after she went missing while jogging in northern California, the Shasta County Sheriff's Department said Thursday.

SAN FRANCISCO — A California sheriff released new details Wednesday in the mysterious case of a young mother who was found battered and bruised but alive along a freeway after she was missing for three weeks.

The sheriff's office said investigators collected male DNA from the clothing that victim Sherri Papini was wearing when she was found on Thanksgiving and female DNA that was discovered on Papini's body. The samples have not been identified.

The bizarre case — with many of the most sensational details initially released by her husband in an exclusive interview with ABC — has baffled police and set social media buzzing. 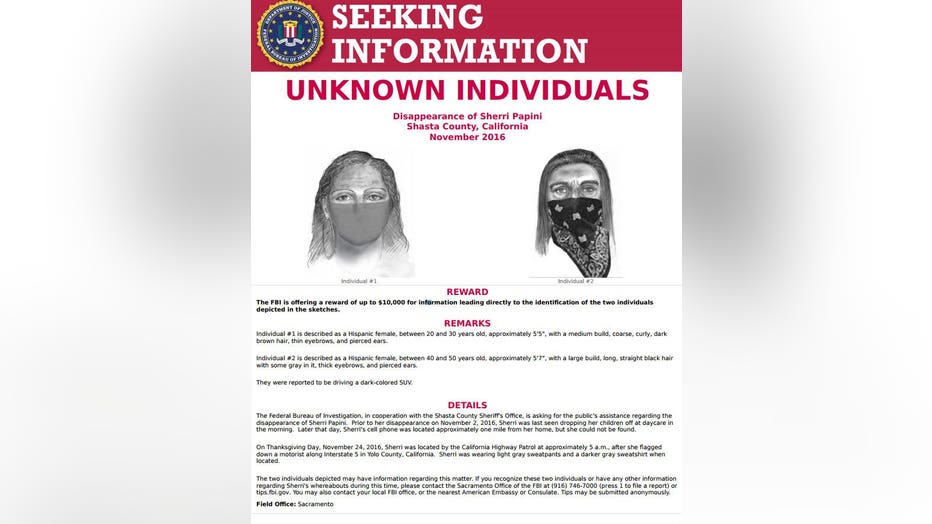 Armchair detectives have scoured the internet's darkest corners for clues and others argue the case is a twisted hoax akin to the movie "Gone Girl."

Her husband Keith Papini said in a statement Wednesday that he hoped the newly released information will lead to an arrest.

"This has been an extraordinarily difficult time for our entire family," he said in the written statement . "We ask that the media please respect our need for privacy as Sherri continues to heal and we work towards putting our lives back together."

Papini disappeared Nov. 2 while jogging near her home in Shasta County, about 215 miles (350 kilometers) north of San Francisco.

Her husband found her phone and earphones near their home after she failed to pick up their children at daycare and called police. He was initially a suspect, but the sheriff said Wednesday that the husband passed a lie detector test and offered to take another.

Authorities also said a Detroit man Papini texted and planned to meet shortly before her disappearance has been cleared of involvement.

Papini was found alongside Interstate 5 in Yolo County, about 100 miles from her home. Her nose was broken and she was wearing a chain restraint around her waist. Her blonde hair had been cut to shoulder length and she had a "brand" burned into her right shoulder.

Investigators declined to discuss the "brand" in detail. Papini has said she was not sexually assaulted and has described her abductors as two women who took her at gunpoint.

Sheriff's Sgt. Brian Jackson said the sketches drawn by FBI artists are being released 10 months after her disappearance because of Papini's difficulty in recalling what her abductors looked like.

No ransom demand was ever received, and neither the Papinis nor their families are wealthy, according to Sheriff Tom Bosenko. She is a stay-at-home mom and he is a Best Buy store employee.

Below is the complete news release from the Shasta County Sheriff's Office:

On November 2, 2016, the Sheriff’s Office responded to the original 9-1-1 call made by Sherri’s husband, Keith Papini, who discovered Sherri missing from their home. At that time, the Sheriff’s Office initiated an extensive investigation to determine Sherri’s location. The Sheriff’s Office utilized all appropriate resources to determine whether Sherri’s disappearance was voluntary or involuntary to include, but not limited to, looking into the Papini’s personal lives, interviewing friends, family members, past acquaintances and witnesses and reviewing surveillance video where available, as well as other pertinent information. Over 20 search warrants were executed in the effort to determine Sherri’s whereabouts. The search warrants remain sealed by order of the Shasta County Superior Court. The Sheriff’s Office also conducted a polygraph exam of Keith and excluded him from involvement in Sherri’s disappearance. Keith has volunteered to take an additional polygraph exam if needed for the
investigation.

On November 24, 2016, Thanksgiving Day, a trucker travelling northbound on Interstate 5 saw Sherri on the side of the highway in Yolo County and stopped to assist. CHP and EMS responded. Emergency personnel found Sherri bound with restraints. Information about the restraints remains confidential as part of the on-going investigation. Sherri later stated that she had been dropped off on the side of County Road 17 near Interstate 5 by one of her captors whom she described as a younger Hispanic female.

Sherri was taken to Woodland Memorial Hospital where evidence was collected, to include photographs of injuries and swabs for DNA analysis. Sherri appeared battered and bruised, her hair had been cut to shoulder length and she had a brand on her right shoulder. Sherri, however, stated she had not been sexually assaulted, and there is no physical evidence to indicate otherwise. The Sheriff’s Office continues to examine the brand and its possible meaning, but details of the brand remain confidential as part of the on-going investigation.

Sheriff’s Office Detectives initially interviewed Sherri at the hospital. Sherri provided detectives with limited details about what occurred on November 2, 2016, and a limited description of two female suspects - the only two people Sherri had contact with during her 22 days of captivity.

These suspects, however, made efforts to conceal their identities with face coverings.

Sherri described the suspects as:

Keith and Sherri Papini have remained in contact with the Sheriff’s Office and the FBI. Sherri, continues to provide details as she can recall them, but has not been able to provide a complete detailed statement due to her poor recollection.

An FBI sketch artist met with Sherri and rendered a sketch of each suspect as described by Sherri.

It has taken time for Sherri to recover to a point to be able to provide accurate details to the sketch artist. The sketches then needed to be finalized and approved for release by the FBI.

Sherri also described the suspect vehicle as a dark colored SUV with a large rear side window.

Sherri continues to look at photographs of various makes and models of SUV’s in an effort to provide a more detailed description.

The Shasta County Sheriff’s Office remains the lead investigative agency. The FBI continues to assist in the investigation as it is both agencies’ goal to determine who is responsible for Sherri’s abduction.

Anyone with information about the location where Sherri was held, the suspect vehicle and/or identities of the two suspects are urged to contact the FBI at 916-746-7000 (select option 1), online at tips.fbi.gov or your local FBI office. A reward up to $10,000.00 has been established for information leading to the identification of the suspects.