“We have our best agents working on this,” Robert Brown, the special agent in charge of Louisville’s FBI field office, said during a conference call with activists. “This is definitely our top priority.”

Taylor, a 26-year-old Black emergency medical technician, was shot eight times by plainclothes officers serving a narcotics search warrant at her apartment on March 13. No drugs were found. Louisville has seen weeks of protests over the shooting. 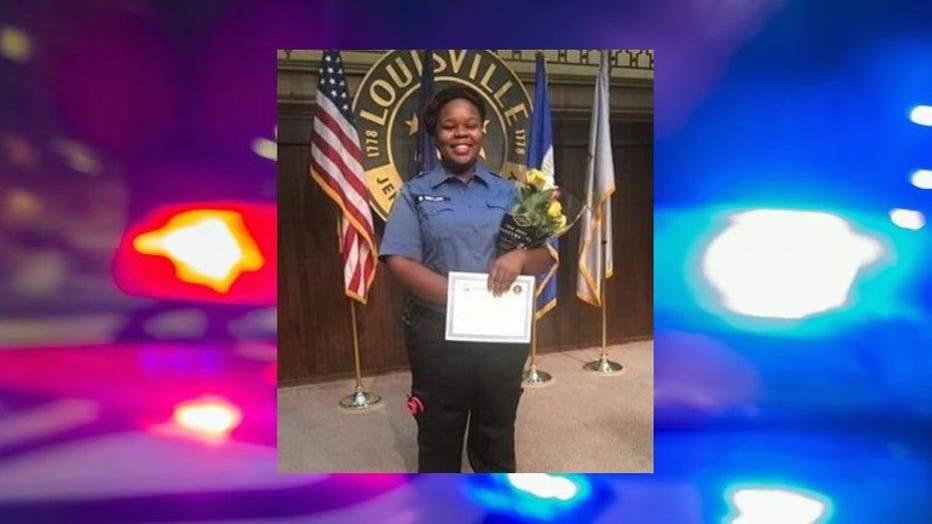 Brown was named to the Louisville post in 2018 after serving as an assistant special agent in charge in South Carolina, overseeing the FBI’s investigation into the Emanuel AME church mass shooting in 2015.

Brown said on the call he could not comment on the specifics of the Taylor investigation. He said he knows answers are not coming as quickly as the public would want but said “in my experience it’s better to be meticulous and do it right, than to rush.”

“These are very complex investigations,” he added.

The FBI is coordinating with state Attorney General Daniel Cameron’s office, but both are conducting independent probes, he said.

One of the three officers who shot into Taylor's home has been fired, but protesters are calling for the officers to be criminally charged.

The calls for action against the officers have grown louder during a national reckoning over racism and police brutality following George Floyd’s death in Minneapolis. Officials there are prosecuting four officers involved in Floyd’s death, including bringing a murder charge against the officer who pressed a knee into Floyd’s neck for several minutes on May 25.

When asked on the call which agency, state or federal, might issue the results of its investigation first, Brown said there is no way to know, but often the federal case has a wider scope and can take longer. He said federal investigators are tasked with proving that an officer knew they were violating a citizen's civil rights.

The call was set up by the Christopher 2X Game Changers, which held a similar conversation with Kentucky Sen. Rand Paul in mid-June. 2X, a longtime community activist and executive director of the group, has often acted as a conduit in Louisville between the Black community and authorities. Paul also joined the call Wednesday and gave an update on a bill he filed that was named for Breonna Taylor and would ban no-knock warrants nationwide.

A no-knock warrant was used to enter Taylor's home, though police have said in that instance, they knocked on her door and announced themselves. The warrants have since been banned by a new ordinance in Louisville.

Paul said the bill is in the Senate Judiciary Committee. He also attempted to add an amendment to the federal police reform bill that would ban those warrants, but progress on that legislation has stalled.