A father was hospitalized with severe burns after running inside the home to save his family.

DAHLONEGA, Ga. - A father ran through flames to save his young children. Friday, he was recovering in the hospital after that massive house fire.

FOX 5 News spoke with his family about the destructive fire.

"My whole house was in flames," Brandy Slater told FOX 5's Brian Hill. "It was really, really terrible. I don't want to go through this again."

FOX 5 was there Friday afternoon as Slater and her children came to see the charred remains of what the family spent 10 years building.

"Now, I just feel really bad because my husband's in a lot of pain and I couldn't help him," she said as she held back tears. 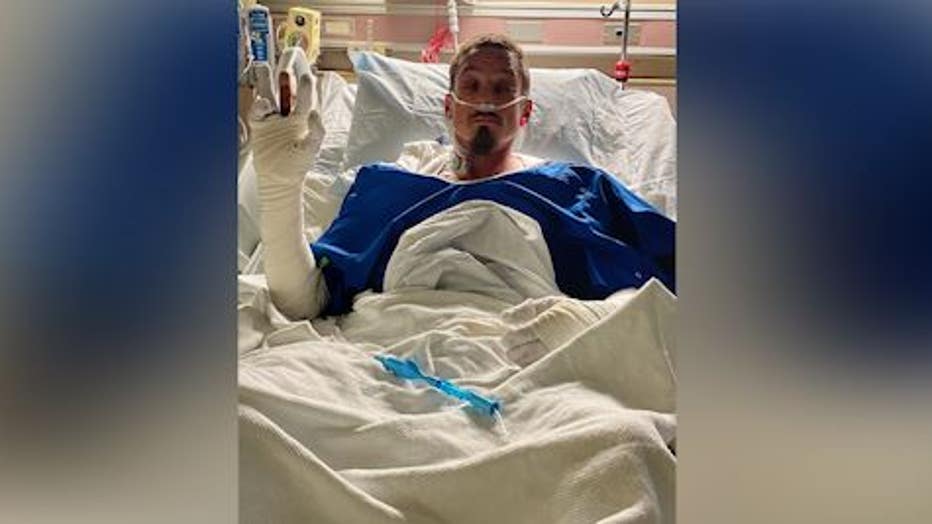 On top of losing all of their possessions, Slater's husband Brandon was severely burned.

"He opened up our bedroom door. He slung it open and said 'oh my God, the house is on fire.' He took off after the kids."

As flames quickly ripped through their home on Flanders Road, loved ones told us Brandon ran through the fire to get his kids out safely.

"He had sustained a lot of burns to his arms, severely to his hands, his back, and his shoulders," Brandon's sister Melissa Willis explained. "Assuming from breaking out a window, he had torn his arms and hands up pretty bad. The muscle and everything's exposed, it got burned really bad."

Brandon was able to get everyone out.

Two of the children had minor injuries.

"They're pretty emotional about it. They are talking about what happened," Willis detailed.

The family believes the fire was caused by a space heater.

Even though all they've built is gone and Slater's not sure what lies ahead, she told us "I just thank God that my husband and my children are alive."

The family is trying to raise money to rebuild their lives here on this property.