TOWNSHIP OF MAPLE GROVE, Wis. -- The Manitowoc County Sheriff's Office released information on Wednesday, Nov. 20 related to a fatal crash that happened in the Township of Maple Grove on Tuesday.

Officials say deputies responded to a collision between two semis around 1:40 p.m. on Tuesday. It happened at the intersection of County Road K and County Road W.

The preliminary investigation shows a 55-year-old man from San Jose, California was operating one semi eastbound on County Road K when he failed to stop for the stop sign at County Road W. He collided with a southbound semi hauling a fully-loaded logging trailer, operated by a 27-year-old man from Kiel. 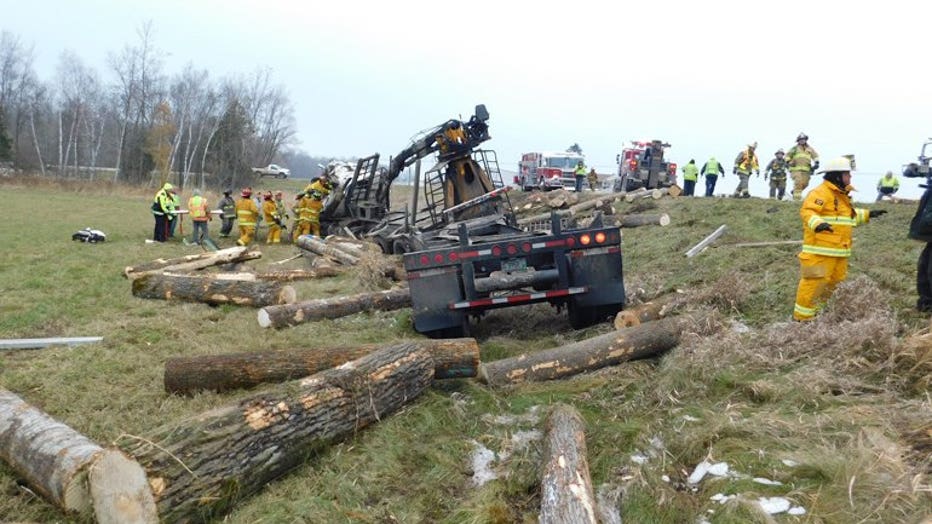 Fatal crash in the Township of Maple Grove, Wis.

The driver from California was ejected from his cab -- and pronounced dead on the scene. The Kiel operator was trapped within his truck, officials say. He was eventually taken to a hospital in Green Bay for treatment of non-life threatening injuries. 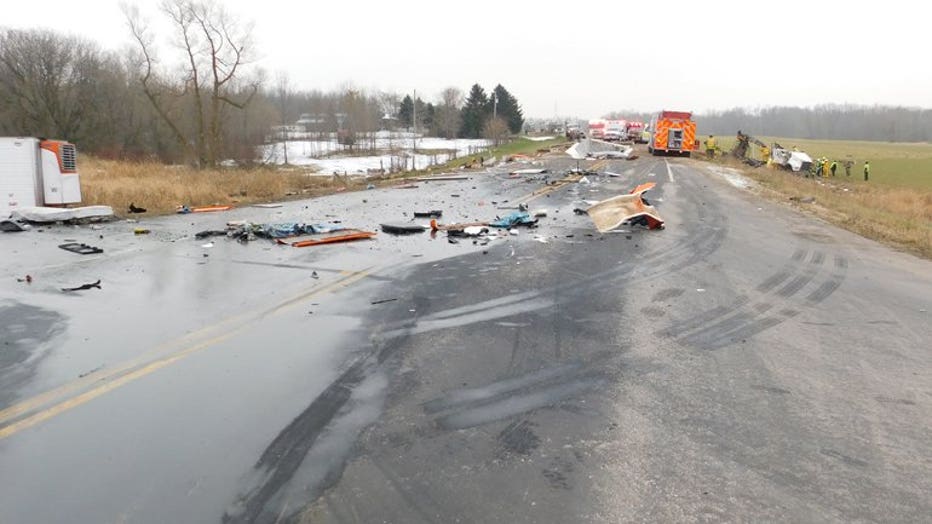 Fatal crash in the Township of Maple Grove, Wis.

Officials say the crash created a large debris field -- and the roadway was closed for roughly five hours.