MILWAUKEE (WITI) -- An annual Milwaukee fashion show, to benefit The Lupus Foundation of America (LFA), Wisconsin Chapter, is being accused of not donating the money it raised to charity.

Crystal Stotts, the event organizer, says she started the event after her daughter Chelsea was diagnosed with lupus.

"Once she got sick I was kinda oblivious about all the things with lupus so I kinda started studying on my own about what it was," Stotts says.

She says she and her daughter threw their first event in 2011. 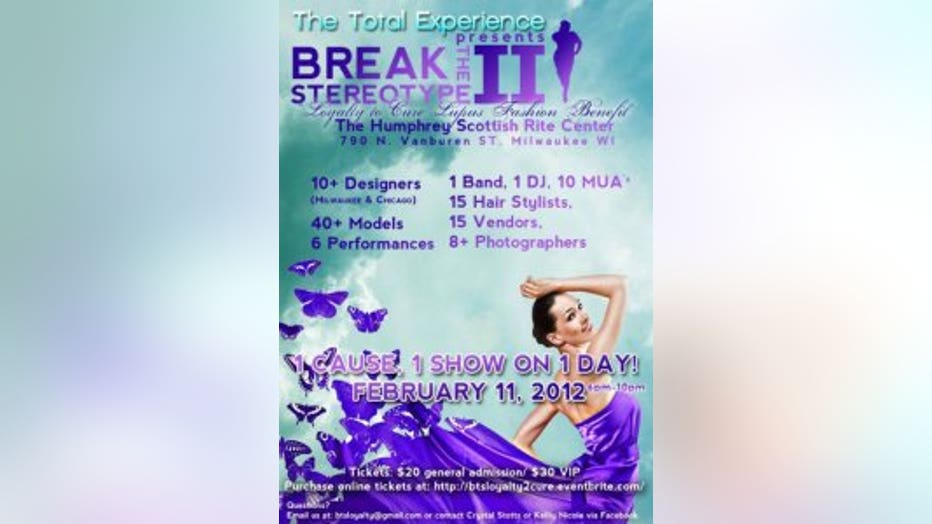 "The motto of the show is awareness plus research equals a cure," Stotts told models in February.

Chelsea designs the clothes, and her mother Crystal organizes the event. Marketing materials say the show benefits The Lupus Foundation of America - at the model casting call in February, Crystal used LFA's logo on handouts.

The third annual show, called On The Battlefield for Lupus, is scheduled for May 11 at UWM's Union Ballroom. On her Facebook page, Crystal said the $20-$30 tickets were selling fast.

"The first year was our first year you know I was actually unemployed and put this show together, got my car repossessed in the middle of it, everything," Stotts admits.

She says she raised $1500 the first year and donated it to the Lupus Foundation of America, Wisconsin Chapter. 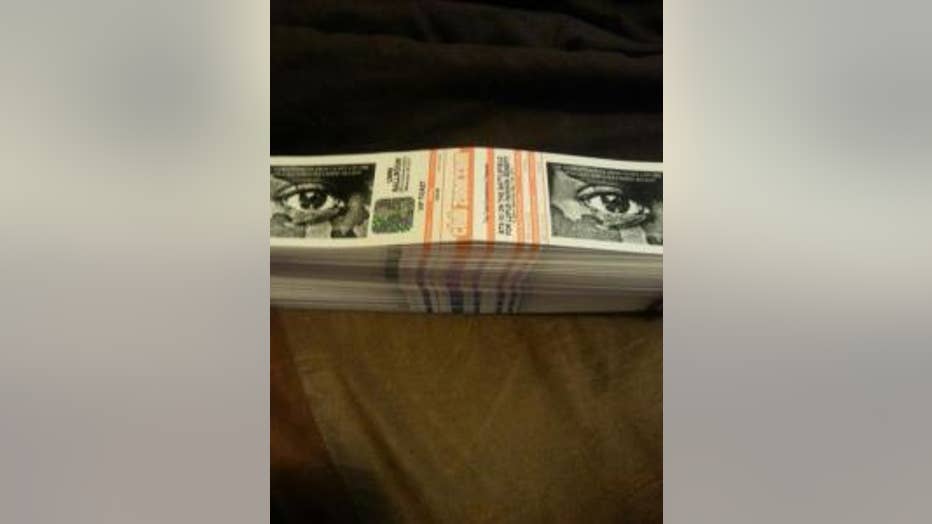 In 2012, she says she raised more than $3500 and gave that money directly to the foundation.

Dr, Mary Cronin, President of the Board of Directors for LFA's Wisconsin Chapter says it's a lie.

The Wisconsin Chapter says Crystal never donated any money and they were not aware of her events - until a volunteer called questioning where all the money had done.

"Now I don`t know where those funds went, perhaps they went to another organization, but they have not come here to the LFA Wisconsin Chapter," Dr. Cronin says.

Dawn Thomas-Semanko, the Chapter's Executive Director, says the organization keeps a log of every phone call and every visitor.

"So we know like who comes in and out of the office," she says. She says records show Crystal called twice, saying she was going to come donate, but she never did. She registered for a walk last year, and paid, but never showed up. 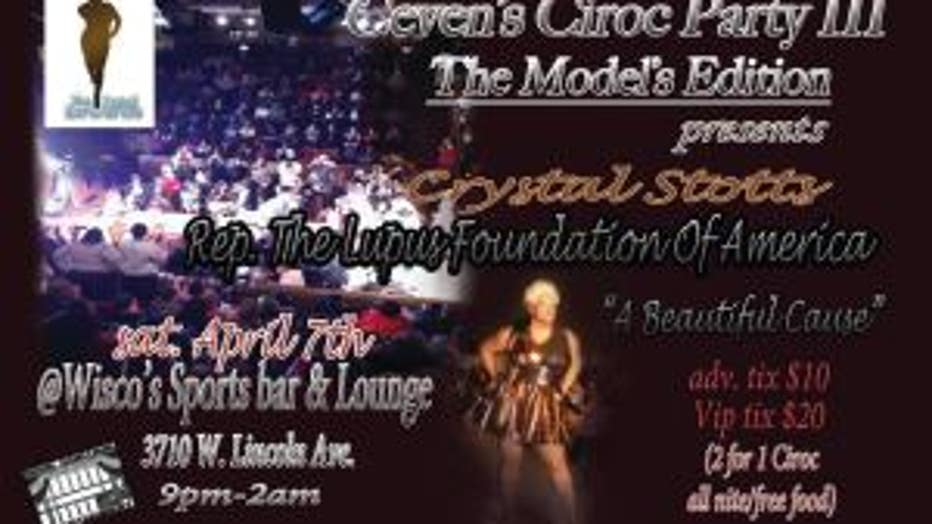 Fundraisers who want to partner with LFA must sign a contract, agreeing to donate all proceeds to the Chapter. Crystal never did that. But she uses the organization's logo and let's people think she represents LFA - even writing in promotional materials that she's passionate about giving to LFA.

Crystal told us people who donate would be able to get tax write-offs, even though they write the checks directly to her.

"We do have the YMCA partnered with us to utilize their 501©(3) as well as a local church that will be utilizing their 501©(3) to help us bring those donations in," she says.

But the church and the Northside YMCA say they have never given Crystal permission to use their tax exempt status for any of her events.

"Art Milwaukee is helping us with lighting and decorations," she says.

But Art Milwaukee told FOX6 it doesn't provide lighting or decorations and they've never heard of her.

"UWM is donating the space," she says.

Not exactly. UWM's Vice Chancellor of University Relations and Communications says Crystal convinced the Black Student Union to rent the Union Ballroom for the event - even though Crystal admits she's not affiliated with a student group, which is a requirement to rent Union space. 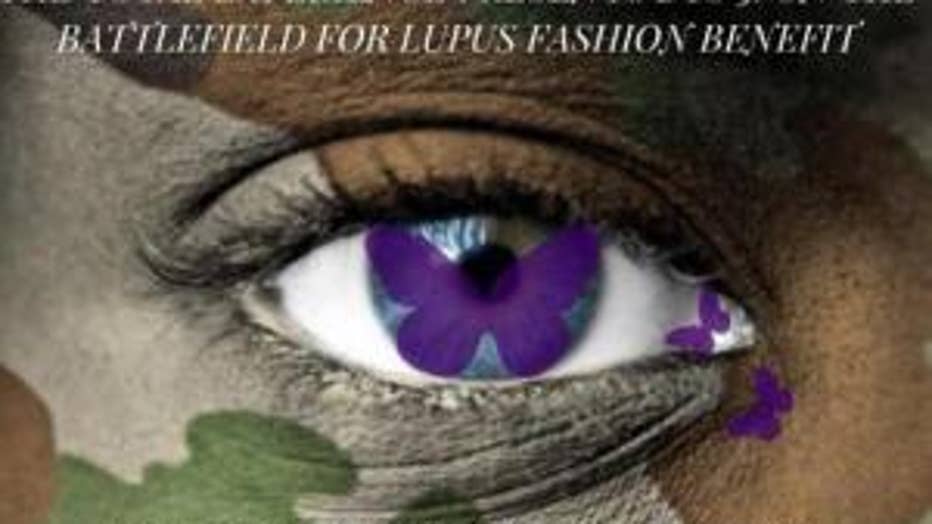 UWM told FOX6 Tuesday the event was no longer scheduled, because Crystal couldn't provide proof of insurance or liability waivers. It's unclear whether it will be rescheduled.

But when we confronted Crystal she said LFA was lying about the donations.

But she admitted she doesn't have any receipts or proof she's every donated anything.

When FOX6 Investigator Meghan Dwyer asked if she was stealing the money, she replied, "No I am not. I would not steal. I know people here trust me, they believe in me, they support me and what I`m doing, and there is no reason that I would have to steal." 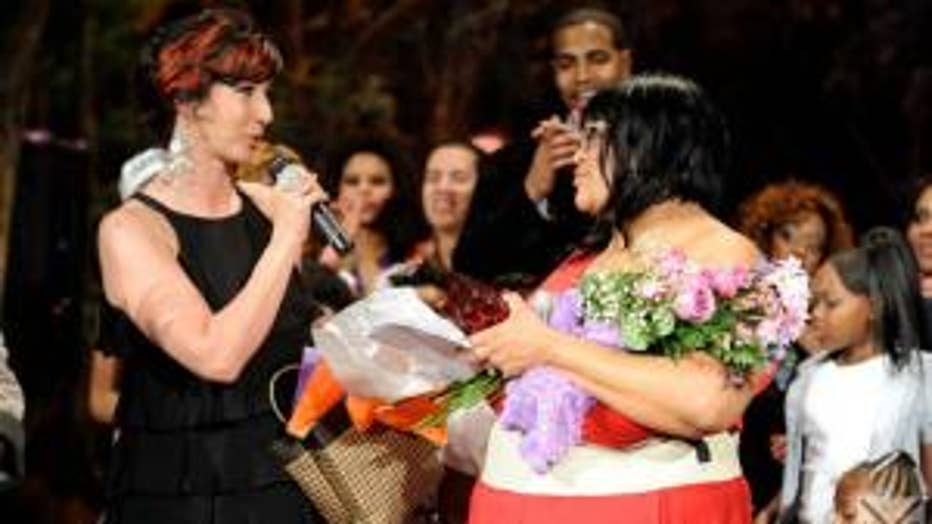 But some volunteers for the fashion show disagree. Susan Keup helped organize the events with Crystal, but pulled out this year after her suspicions grew.

"I was duped. And the 500 people sitting in the theater, were duped," Keup says.

Keup says she asked Crystal multiple times how much money was raised and donated, but she got different answers each time.

"I guess I never was really able to stomach the, the idea that there was that discrepancy with what was posted versus what really was donated," Keup says.

In Wisconsin, people who raise money for charity often need to have a professional fundraiser license. The state says they have no license on record for Crystal Stotts, or her "business" Every Woman the Total Experience, LLC.