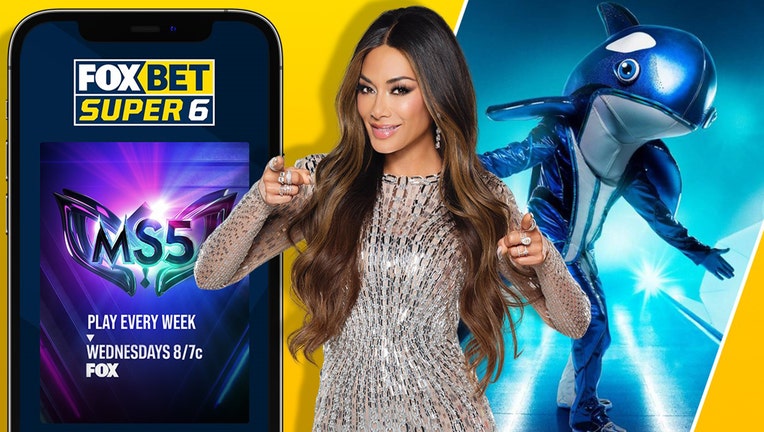 LOS ANGELES - One lucky fan is now swimming in a sea of cash after another exciting episode of "The Masked Singer" on FOX in which the identity of the Orca was revealed.

Kasey, from Oklahoma, who is a huge fan of the show, surfaced as the lucky winner of $10,000 after Wednesday night’s reveal.

Nearly 194,000 entries were cast this week, and each week, viewers are given the chance to correctly predict six questions related to each week’s episode on the FOX Super 6 app — and in return, fans can win big bucks.

RELATED: The Orca reveal on ‘The Masked Singer’ was a killer

A whopping 30% of participants were able to correctly guess that the Orca would be the contestant to be sent home.

This week, the Orca turned out to be 90s legend and singer of the band Sugar Ray, Mark McGrath.

The Orca may not ride the wave into the finals, but he certainly choked up the audience with his emotional rendition of "Every Rose Has Its Thorn" by Poison — one of his father’s favorite songs. McGrath’s father, Edward, passed away in 2010.

McGrath said it was an honor to be a contestant because it’s his children’s favorite show on television.

Check out what Swan had to say after she was unmasked.

"I can’t wait to see the looks on their faces," he said.

McGrath explained that performing on the show really "illuminated" that he still has a lot to learn as a singer.