WASHINGTON -- A girl shown in a photo crying as a U.S. Border Patrol agent detained her mother and used in a Time magazine cover about the Trump administration's family separation policy was never separated from her mom, several media outlets reported. 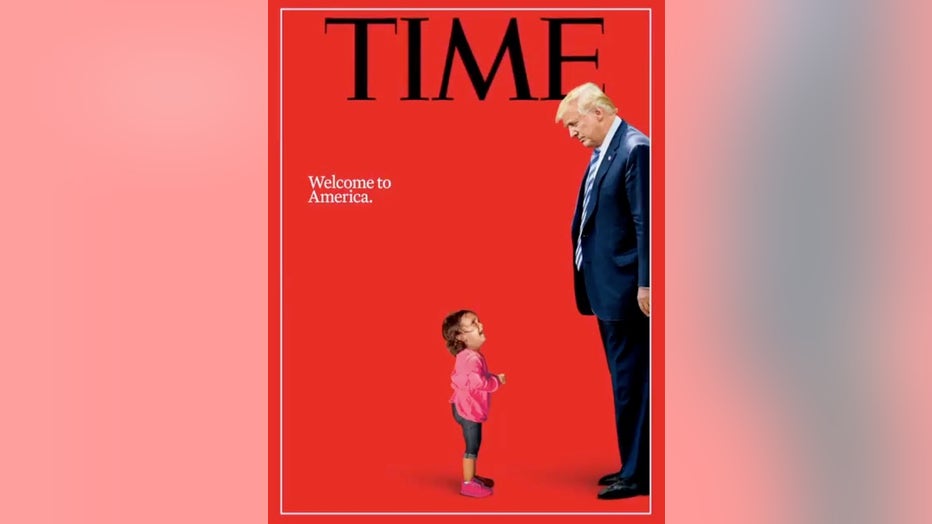 The Time cover showed the Honduran girl, Yanela Sanchez, next to President Donald Trump, who was looking down, with the caption, "Welcome to America."

But the girl's father said he learned his 2-year-old daughter was detained with her mother at a Texas facility and the two were not separated, something the Honduran government confirmed to Reuters.

The Washington Post reported the mother, Sandra Sanchez, was deported to Honduras in 2013.

Her husband told the Post that she left without telling him she was taking the girl with her and couldn’t contact her. He later saw the picture, taken by Getty Images photographer John Moore, on the news.

"You can imagine how I felt when I saw that photo of my daughter," Denis Valera told The Daily Mail. "It broke my heart. It's difficult as a father to see that, but I know now that they are not in danger. They are safer now than when they were making that journey to the border."

He said he and his wife have three other children together.

"I didn't support it. I asked her, why? Why would she want to put our little girl through that? But it was her decision at the end of the day," Valera said.