RAEFORD, N.C. - George Floyd's family members gathered for a song- and prayer-filled private memorial service Saturday in the North Carolina town where he grew up.

A public viewing was held earlier in Raeford, the small town near Fayetteville where Floyd was born 46 years ago, which drew long lines of mourners from around the country.

Family members and public officials spoke at the service honoring Floyd, whose death last week in Minneapolis police custody has sparked protests across the U.S. and the world against police brutality and racism.

"Some death ain't about dying. Some death is about waking all of us up," said Jeremy Collins, a spokesman for North Carolina Gov. Roy Cooper. Floyd's death "woke all of us up." 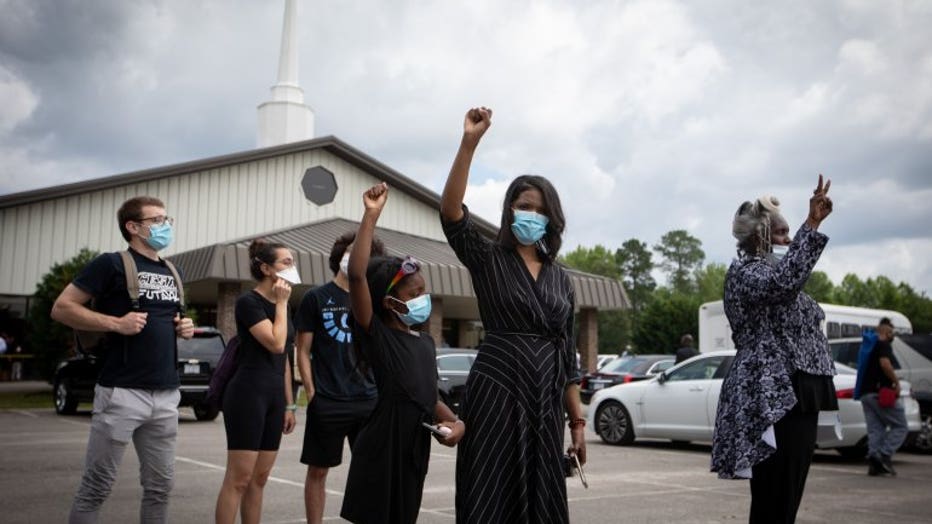 Mourners raise their fists in solidarity after paying their respects to George Floyd on June 6, 2020, during a memorial service at Cape Fear Conference B Church in Raeford, North Carolina. - On May 25, 2020, Floyd, a 46-year-old black man suspected o

Collins presented the family with a flag that had flown over the state Capitol. Floyd's family also received official resolutions from the governor's office and the Lumbee Tribe.

Worshipers sang along with a choir as a large photo of Floyd and a portrait of him adorned with an angel’s wings and halo sat at the front of the chapel.

Isaac Floyd, George Floyd's uncle, sang at the service. Another family member, Ruby Floyd, said to the crowd, "We're bringing love back into the universe." 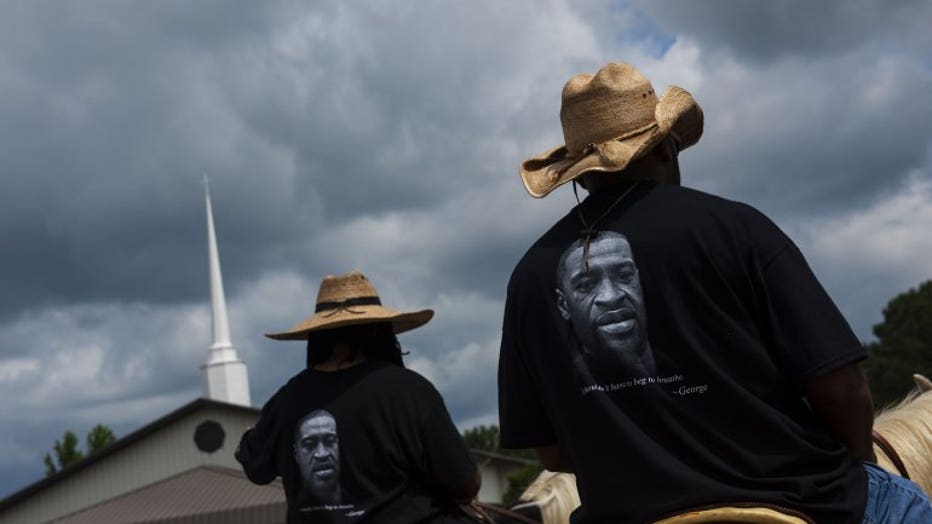 FAYETTEVILLE, NC - JUNE 06: Members of a local Black Cowboys club take their horses through the parking lot outside a memorial for George Floyd on June 6, 2020 in Fayetteville, North Carolina. George Floyd died on May 25 when he was in Minneapolis po

Two lines of people about 100 deep formed separate lines at the entrance to the church where the private service took place.

When a hearse bearing Floyd’s coffin arrived, chants of “Black Power,” “George Floyd” and “No justice, no peace,” echoed from beneath the covered entrance.

“It could have been me. It could have been my brother, my father, any of my friends who are black,” said a man in the crowd, Erik Carlos of Fayetteville. “It was a heavy hit, especially knowing that George Floyd was born near my hometown. It made me feel very vulnerable at first.”

Floyd died after a Minneapolis police officer pressed a knee onto his neck for several minutes even after he stopped moving and pleaded for air. He was born in the Tar Heel State and later moved to Texas, then Minnesota. Public memorial services were planned in the cities where Floyd was born, lived, and died. The first took place in Minneapolis. 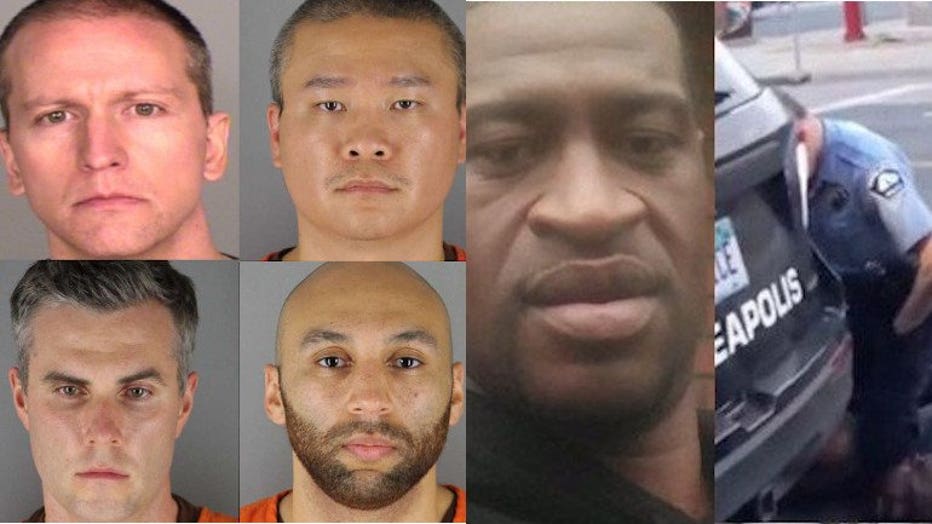 A final memorial service was scheduled before his funeral in Houston next week.

Protests have taken place across the U.S. and in major cities overseas, including London, Paris, Berlin and Sydney, Australia.

In general, demonstrations in the U.S. have shifted to a calmer tenor in recent days after frequent episodes of violence in the early stages. Protesters and their supporters in public office say they are determined to turn the extraordinary outpouring of anger and grief into change, notably in regard to policing policies.

Democrats in Congress are preparing a sweeping package of police reforms, which are expected to included changes to police-accountability laws, such as revising immunity provisions and creating a database of police use-of-force incidents. Revamped training requirements are planned, too, among them a ban on chokeholds.

The House is expected to vote by month’s end. With Democrats in the majority, the bills will almost certainly pass the House. The outcome in the Senate is less certain. Republican Majority Leader Mitch McConnell has said the chamber would look at the issues, but he has not endorsed any particular legislation.

The Associated Press contributed to this report. This story was reported on from Atlanta.