MILWAUKEE (WITI) -- It has been one week since police discovered two bodies in a home near Richards and Auer in Milwaukee, and we're learning the two men died as a result of stab wounds. The son of one of the victims remains in jail, though he hasn't been charged in connection with the men's deaths. 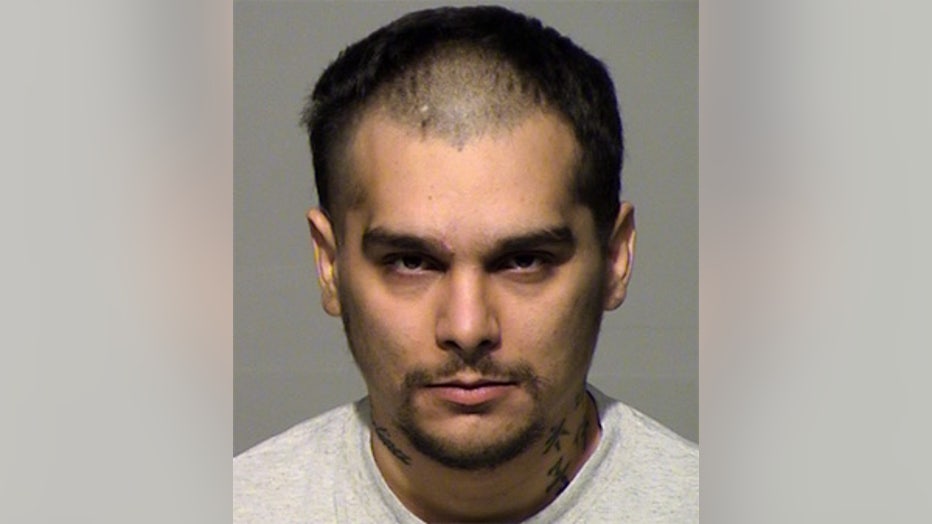 The man in custody is 26-year-old Alphonso Martinez -- the son and nephew of the men found dead in the home.

The family is grieving and overwhelmed, but they say at the same time, they're working on forgiveness.

"It was kind of a shock when it happened.  We were not prepared for it at all," Alfonso Martinez Jr.'s brother, Angel Martinez said.

This past weekend, the family laid Alfonso Martinez Sr. and Manuel Martinez to rest.

Their bodies were found one week ago in a home near Richards and Auer. Police say they died as a result of stab wounds, and that they had been dead for some time.

"We're all dealing with it in our own way.  Some better than others, you know, but we're all working at being there for one another, helping them overcome the grieving process. It just takes time for each person, you know," Angel Martinez said.

Alfonso Martinez Jr. is awaiting a competency examination. He's in custody at the Milwaukee County Jail.

An officer spoke with the citizen, who explained she hadn’t seen her neighbors in days — with that citizen telling police it was unusual one of the neighbors hadn’t been outside to walk his dog. The complaint says the witness told police she had noticed the front door of the home was open for three days, and loud music was coming from the home.

Martinez's mother says he has mental health issues and has been in and out of psychiatric care. She says she tried to have him committed to a mental health center two weeks ago.

"I know he didn't mean to, for whatever happened, to happen.  He loves his dad. He loves his uncle. I know he's forgiven. It's gonna take time for the family to forgive him," Martinez's mother Shanon Schroeder said.

On Monday, December 8th, a fundraiser was held for the family. Money was raised to help with funeral costs and Christmas gifts.

Shanon Schroeder says she hopes with time the family can heal and move forward.

"Just wish the best for everybody and for Alfonso to get the help that he needs," Schroeder said.

The family has set up a fund for those who would like to offer a donation. Donations can be made to the "Martinez Family Fund" at any U.S. Bank branch.