Mingma Sherpa of the Seven Summit Treks said Steck was killed at Camp 1 of Mount Nuptse. His body has been recovered from the site and been taken to Lukla, where the only airport in the Mount Everest area is located.

It was not clear how Steck died but he was planning to climb 8,850-meter (29,035-foot) Mount Everest and nearby Mount Lhotse next month.

He was the first casualty in the spring mountaineering season in Nepal that began in March and will end in May. Hundreds of foreign climbers are on the mountains to attempt scale Himalayan peaks in May when there are a few windows of favorable weather.

The 40-year-old Steck was one of the most-renowned mountaineers of his generation. He was best known for his speed-climbing, including setting several records for ascending the north face of the Eiger, a classic mountaineering peak in the Bernese Alps that he climbed in two hours and 47 minutes without using a rope. 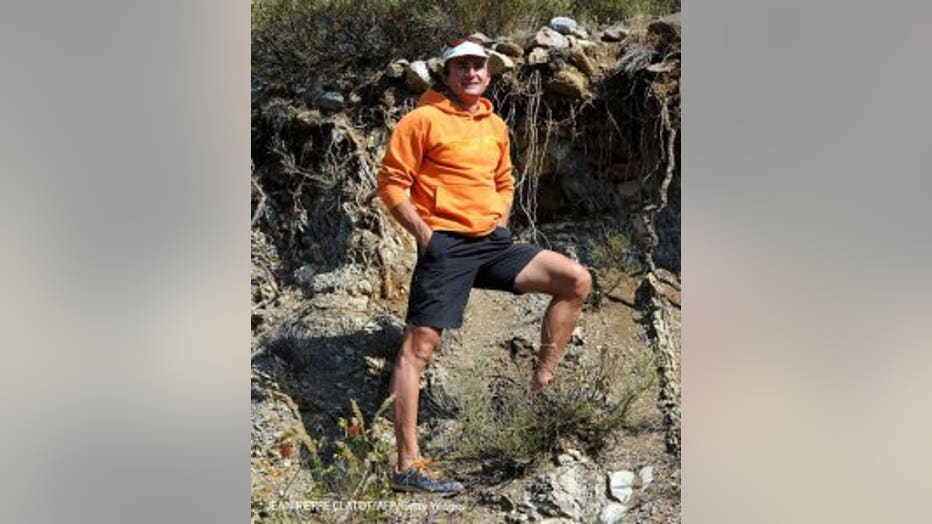 Swiss climber Ueli Steck poses in Sigoyer, in the Hautes-Alpes department of southeastern France, on August 13, 2015. Steck announced on August 12 that he had completed the ascent of 82 Alpine peaks of over 4,000 meters in 62 days after having climbe

In 2013 he achieved the first solo climb of the Annapurna south face in Nepal after almost losing his life in a fall there in 2007. For that he received the "Piolet d'Or" — considered the Oscar of mountaineering — the following year.

In 2015, Steck decided to climb all 82 peaks in the Alps higher than 4,000 meters (13,100 feet) traveling between mountains by foot, bike and paraglider only. He completed the feat in 62 days, helping cement his reputation as the "Swiss Machine."

Steck said in an interview last month with Swiss daily Tages-Anzeiger that he considers himself an "outsider" in the mountaineering scene because athletic achievement is more important to him than adventure.

Asked about his upcoming Everest-Lhotse expedition, involving a quick climb from one peak to the other including an overnight in the "death zone," Steck said: "When I'm on Everest I can stop at any point. The risk is therefore quite small. For me it's primarily a physical project. Either I get through, or I don't have the strength for the whole traversal."

Asked what he would consider to be success on his expedition, Steck told Tages-Anzeiger: "Of course I want to climb Everest and Lhotse. But that's a very high goal. Failure for me would be to die and not come home."