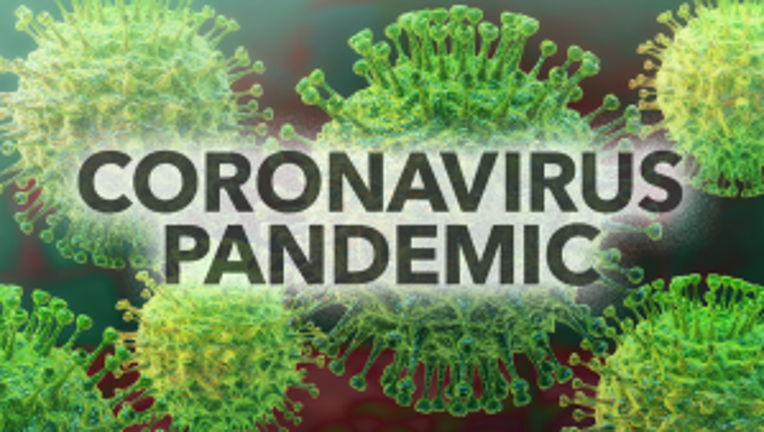 DALLAS -- With the coronavirus spiking in a number of states, a group of Texas doctors has released a ranked list on how risky certain activities are when it comes to contracting COVID-19.

The Texas Medical Association’s COVID-19 Task Force and Committee on Infectious Diseases ranked 37 activities on a scale of 1-10. 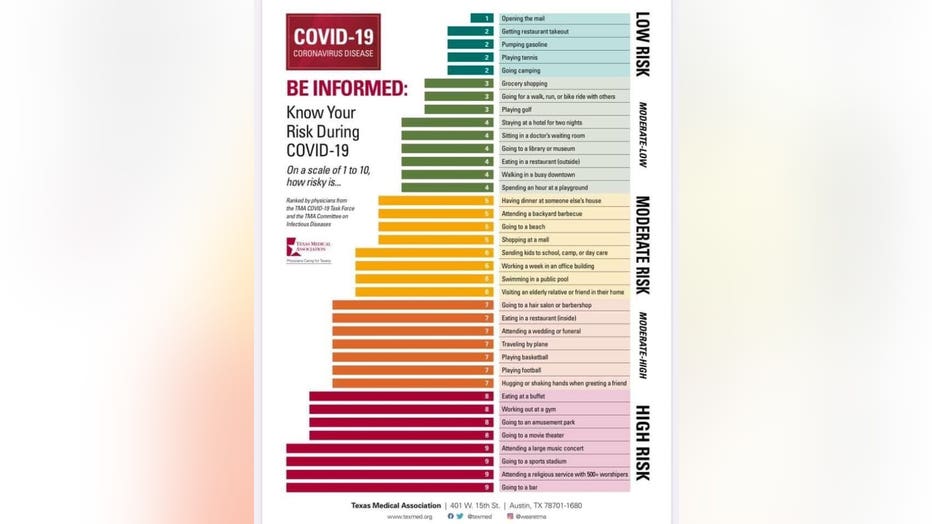 The committee said it ranked activities based on input from its members under the assumption that participants were taking as many safety precautions as they could. They also weighed whether the activities would be held indoors or outdoors and how many people would be involved.

Other low-risk activities include getting takeout from a restaurant, pumping gas, playing tennis or going camping. Each of those scored a 2.

Going grocery shopping was ranked only slightly riskier, but getting a haircut, shaking hands and going to the gym all carry much greater risk, according to the list, which can be viewed by CLICKING HERE.

The group is urging its members to ask their patients to adhere to social distancing guidelines and minimize contact with people from outside their own households.

The Texas Medical Association also recently announced that it was withdrawing as an advertiser from the Texas Republican Party’s state convention in Houston later this month following a surge in cases in the city.

“Since we are no longer advertising at the event, we urge the party to use our $5,000 to buy masks for people who come to the convention without one,” Fite said in a statement on July 3.