JONESBORO, Ga. - It's nothing short of a miracle. Born at just 21 weeks old, Jemarius Harbor's parents say the chances of him surviving were slim.

"He was about the size of a hand," Jessica McPherson, Harbor's mom said. "He had a lot of things that weren't fully developed."Harbor weighed 13 ounces when he was born back in December.

"I was like 'Oh, no, not again,'" McPherson said. "I was anxious if he was going to make it and what if he didn't. I was everywhere." 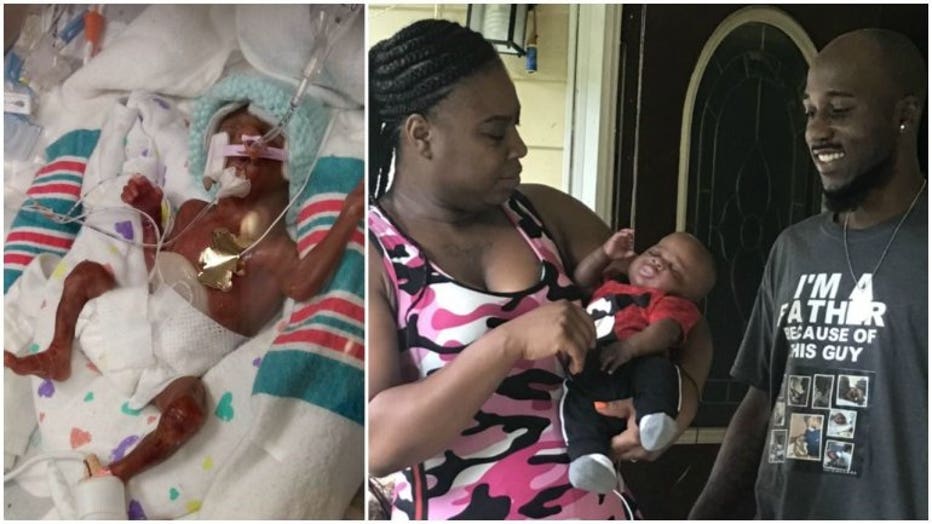 For the past six months, Harbor's parents have gone back and forth from their Jonesboro home to Emory Decatur Hospital.

Each day, they said, they prayed for the best.

"Every time I went to see him I recorded everything," McPherson said. "I didn't have that with the other two."

Their prayers were answered in June.

At nine pounds four ounces and about a month after his original due date in May, Harbor went home for the first time on Father's Day.

"I had chills that he was coming home," Jemarius Harbor Sr., Harbor's dad said. "I had my father's day shirt on. It was special." Harbor's family says they can't thank everyone enough for the love and support especially the nurses and doctors who were there every step of the way."That's his second fam or his first fam," McPherson laughed. "He's so used to them. Emory made him spoiled."

If you'd like to help support the Harbor's, visit https://gf.me/u/yc8rky