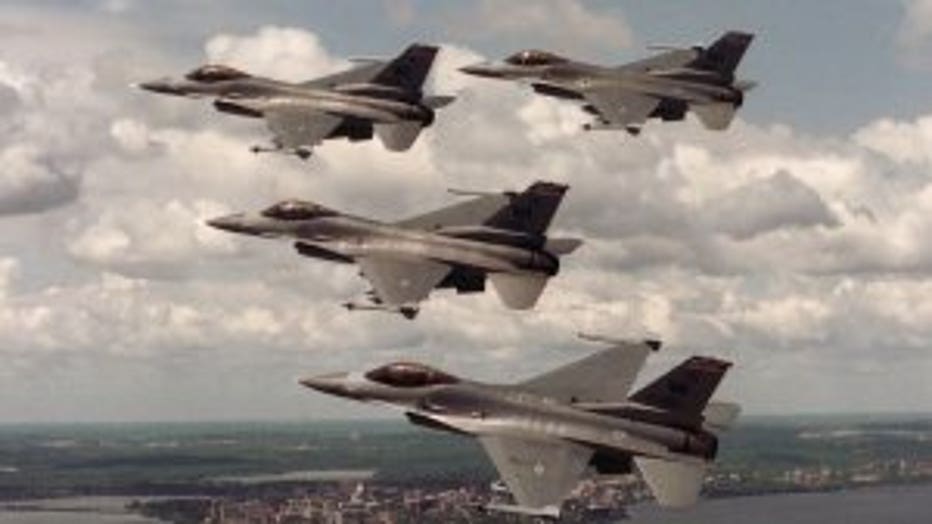 MILWAUKEE -- A roar could be heard across southeast Wisconsin Tuesday evening, May 12 as Wisconsin's 115th Fighter Wing took to the skies to honor frontline workers amid the coronavirus pandemic. The flight -- part of a regular training mission, held a lot more meaning for thousands across the state.

Four pilots flew over more than 20 health care facilities statewide. It was a very loud show of support for first responders and health care workers in the trenches -- battling COVID-19. Best of all, the skies were clear.

Even before the wheels went up -- excitement began to build.

"I've been thinking about this since yesterday," said Jenny Lamack, spectator.

"I said, 'We got to be here for this,'" said Michele Deuame, spectator. "'I want to see this -- definitely. It's important to see the jets and what they stand for. They're here to thank the workers." 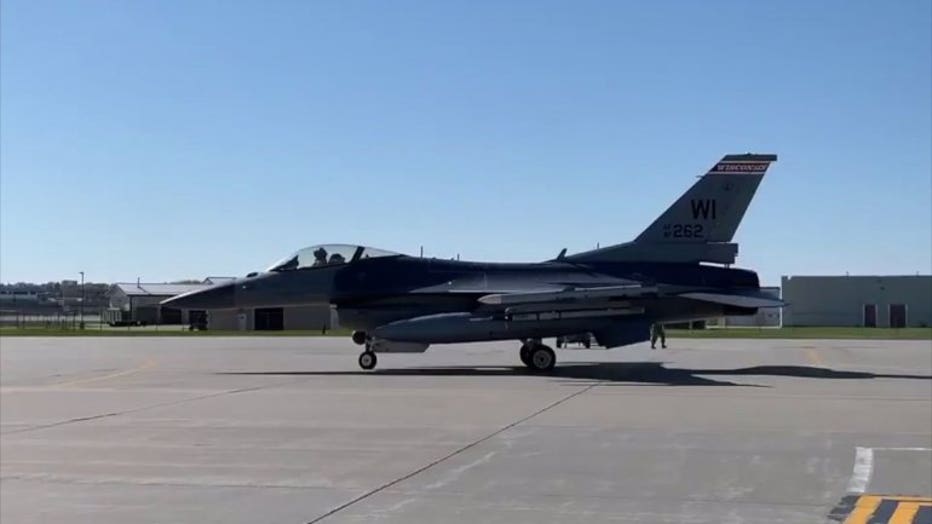 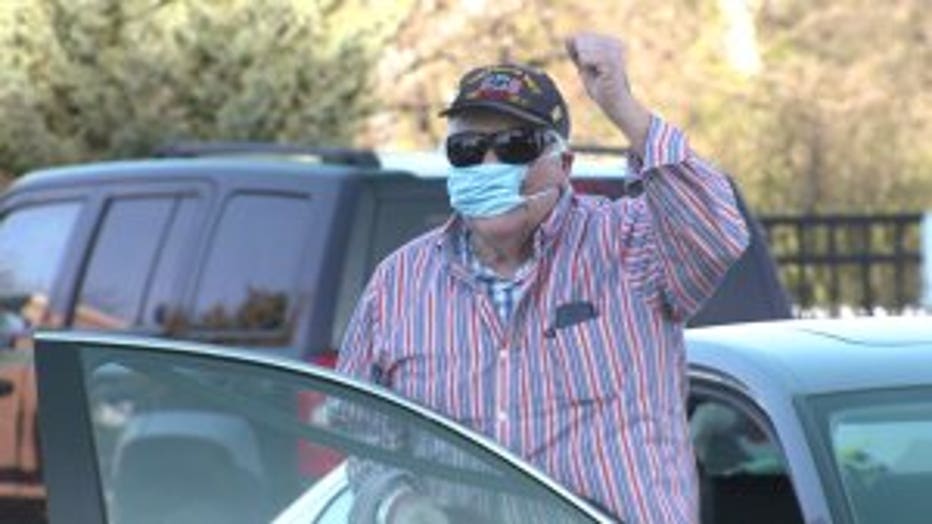 Health care workers and members of the community came together to absorb the soaring tribute.

"The roar of them coming over was just really rewarding," said Lamack.

"The sound and the feel that you get when they flyover -- it's just kind of exhilarating," said Kristy Fritz, nurse at the Milwaukee VA Medical Center.

The four F-16 Fighting Falcons took off from Truax Field in Dane County -- and began their flight with a training mission.

Once complete, the 115th Fighter Wing performed a flyover dedicated to workers on the front lines of the coronavirus pandemic. The route took the pilots from Froedtert South in Pleasant Prairie, to the Milwaukee VA Medical Center, to Children's Wisconsin and Froedtert & the Medical College of Wisconsin -- part of a statewide, sky-high salute from the Wisconsin Air National Guard. 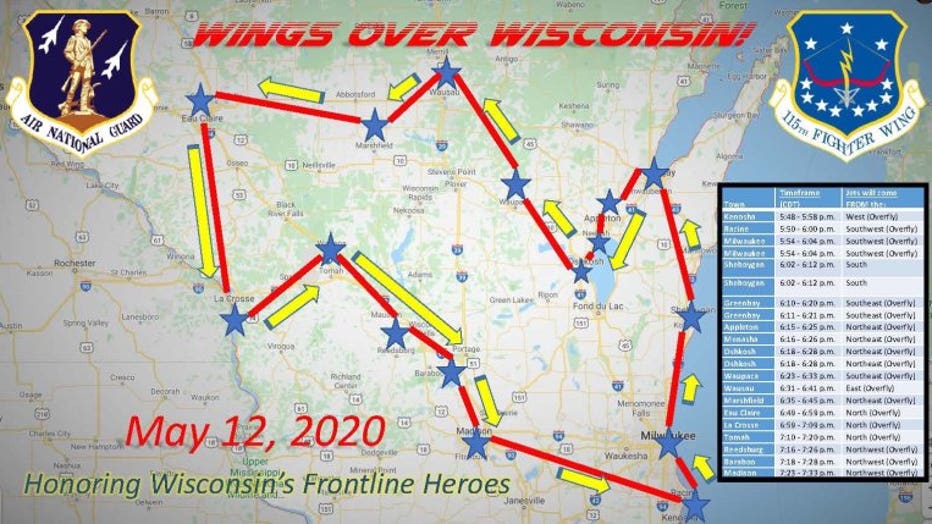 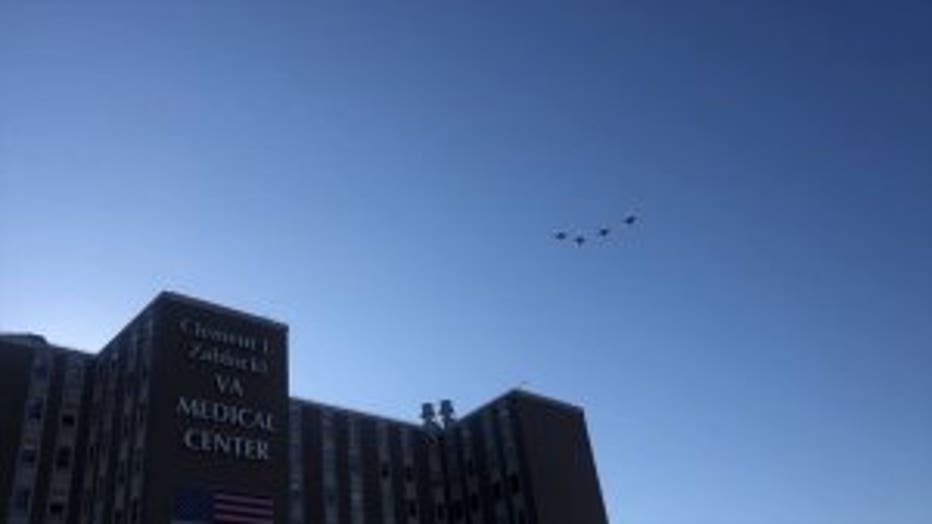 "We're really appreciative to see that," said Fritz. "It's just great during these times."

Fritz and her 13-year-old son came to watch the four F-16 Fighting Falcons.

"To truly see the appreciation my mom and all the people who work here get during this COVID outbreak," said Vincent Fritz.

It was a quick, but moving show in the sky for health care heroes on the ground. The pilots who participated are married to health care workers.

"That is such a tremendous honor," said Tandria Williams, VA Medical Center nurse division manager. "I think it says that people see us, what we're doing and that they stand with us. We absolutely appreciate it."