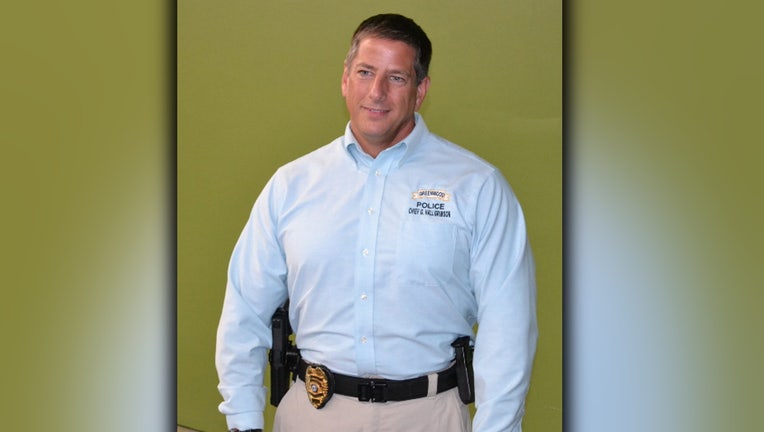 GREENWOOD, Mo. - A former suburban Kansas City police chief who helped rescue a baby from an icy pond and later assaulted the man accused of trying to kill the infant has pleaded guilty in the case.

Greg Hallgrimson, 51, pleaded guilty in federal court Wednesday, the Kansas City Star reported. He was indicted in 2019 on a single count of violating the civil rights of Jonathon Zicarelli.

Prosecutors said Hallgrimson threw the handcuffed Zicarelli to the ground, punched him in the face and told him, "You deserve to die," after returning from the rescue mission to the Greenwood, Missouri, police station. Zicarelli had walked into the police station in December 2018 and said he had tried to drown his 6-month-old daughter in a nearby pond, police said.

Hallgrimson and another officer rushed to the pond and found the unconscious infant floating face up and her lungs filled with water. Hallgrimson and the other officer worked to warm and revive the baby until paramedics arrived and rushed her to a hospital, where she was treated for severe hypothermia.

Hallgrimson was put on administrative leave shortly after being accused of assaulting Zicarelli, which prosecutors say was captured on video. He resigned in May 2019.