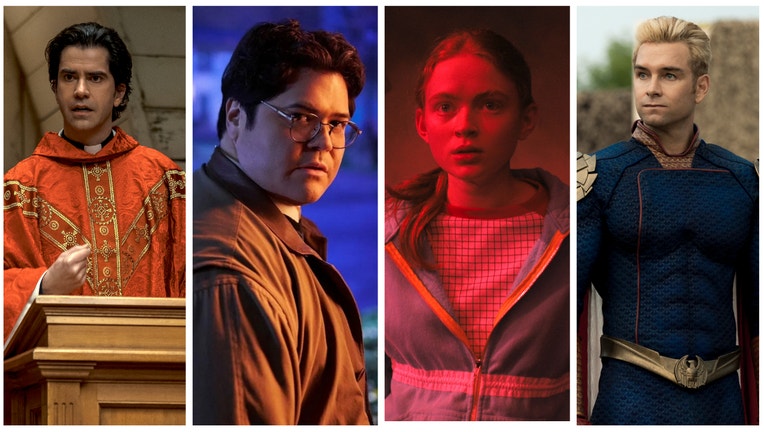 Midnight Mass (Netflix), What We Do in the Shadows (FX), Stranger Things (Netflix), The Boys (Amazon Studios)

LOS ANGELES - On Monday, Sept. 12, the 74th Primetime Emmy Awards will honor the best and brightest of the current TV landscape. Ahead of television’s biggest night, FOX Digital is taking a deep-dive into some of the shows that shaped the 2021-2022 season. Here journalist Aaron Pruner makes the case for four great performances from the horror, sci-fi and superhero shows "Stranger Things," "What We Do in the Shadows," "Midnight Mass" and "The Boys" that deserved to be nominated alongside the traditional "prestige" acting picks.

The 2022 Primetime Emmy Awards are right around the corner and a whole plethora of actors and actresses are up for trophies this year. But when it comes to genre programming, some epic performances tend to fall by the wayside. We may be living in an age where dream-invading monsters, sociopathic superheroes, dysfunctional vampires and blood-thirsty holy men capture our imaginations, but the horror tales we love — and those bringing their memorable characters to life — are still running up that proverbial hill.

It’s not that Emmy voters don’t watch these shows. The 1980s horror hit "Stranger Things" scored a nomination for Outstanding Drama Series, while the vampire comedy "What We Do in the Shadows" did the same in the Outstanding Comedy Series category. Yet when it comes to acting nominations, the Emmys tend to favor performances that exist in a realm many have referred to as "prestige TV" — shows like "White Lotus," "Succession," "Ozark" and "The Marvelous Mrs. Maisel."

So let’s give credit where credit is due. Journeys into the dark, wicked and uber-bloody can be just as fertile ground for great performances. And the soul-stirring work of these four snubbed actors didn’t just improve the shows they’re a part of, their performances helped lift genre television up a few pegs. Some could even say they elevated horror… but that’s a whole other conversation. 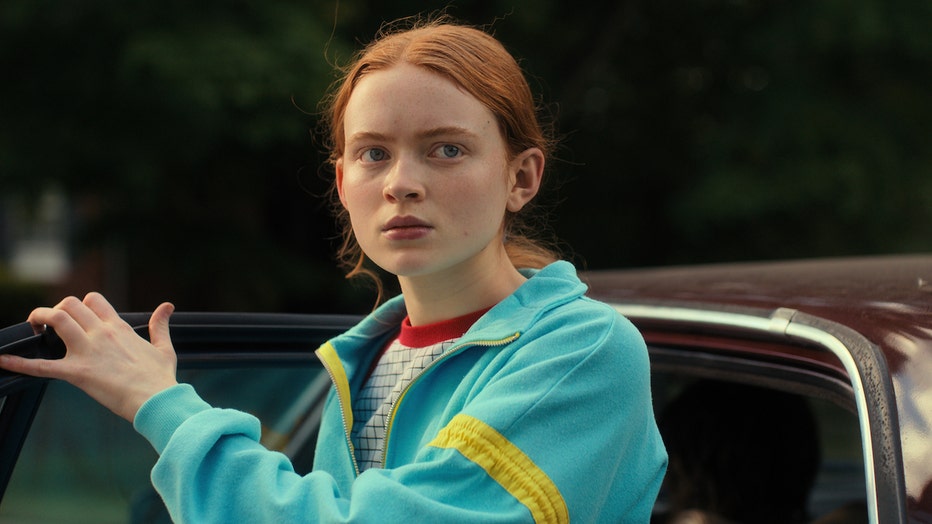 Yay, "Stranger Things" received an Outstanding Drama Series nod for the grandiose adventure that was season 4, volume 1! That’s an achievement worth celebrating, considering the scope at which the Duffer Brothers presented the latest Upside Down outing for Eleven (Millie Bobby Brown), Mike (Finn Wolfhard), Hopper (David Harbour) and the rest of the gang.

That said, it’s a darn shame that the recognition doled out by the Television Academy didn’t reach any deeper. You could easily point to a number of performers on the series worthy of a nomination, but it’s Sadie Sink’s heart-wrenching exploration of grief and loss as Max Mayfield — still reeling from the death of her abusive brother Billy in season three — that really takes the cake. In recent years, Sink has cemented herself as a worthy genre lead, effortlessly delivering engaging performances across Netflix’s "Fear Street" trilogy. But with her intense blue-eyed stare, emotional nuance and hypnotic vulnerability, the actress pretty much carried the most recent episodes of "Stranger Things."

Max’s arc about reconciling past trauma with present loss came to a head as she faced off against the season’s main villain, Vecna (Jamie Campbell Bower), in the standout hour "Chapter Six: The Dive." In fact, that episode struck such a chord that it prompted Kate Bush’s ’80s ethereal goth hit "Running Up That Hill" to re-enter the zeitgeist 37 years after its initial release. To impact pop culture at such a level deserves some recognition. And dare we say, an Emmy nod.

Harvey Guillen as Guillermo ("What We Do in the Shadows") 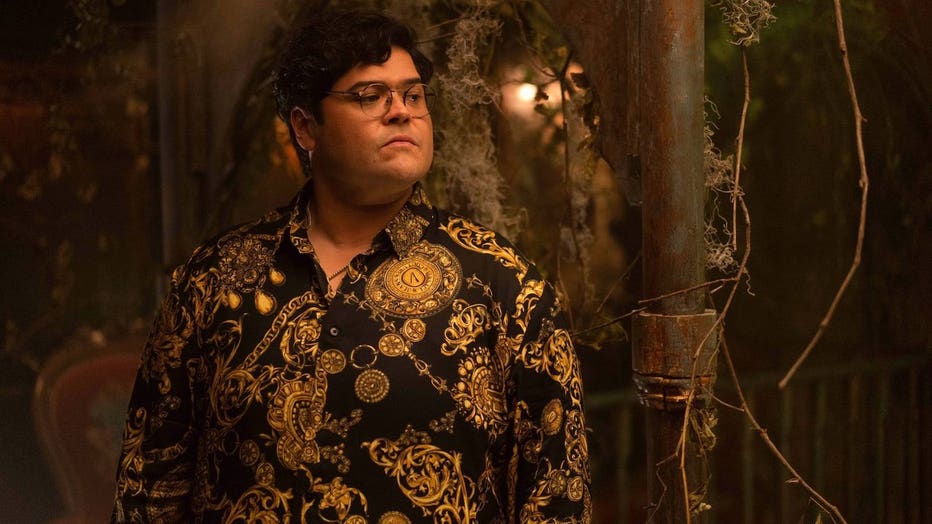 Horror comedies are never easy to pull off, but when the balance is right, the results can be deliciously satisfying. Now in its fourth season, FX’s "What We Do in the Shadows" is one of those successful endeavors. Inspired by Taika Waititi and Jemaine Clement’s 2014 cult movie of the same name, the series explores the lives of five dysfunctional vampire roommates as they do their best to survive and thrive in the glorious city of Staten Island, New York.

WATCH FREE ON TUBI: Taika Waititi’s 2016 comedy "Hunt for the Wilderpeople" — get the app

Natasia Demetriou as Nadja, Matt Berry as Laszlo, Kayvan Novak as Nandor and Mark Prosch as Colin Robinson have consistently delivered laugh-out-loud performances over the course of the show’s run. But the standout among all the other standouts is Harvey Guillen’s Guillermo. The actor plays the human familiar to Nandor, and throughout the series Guillermo has grown from frustrated grunt to empowered vampire killer (it turns out he’s a Van Helsing), all while sticking by his master’s side.

As in any good mockumentary, the audience requires an entry point to the story — someone we can relate to and root for, no matter how insane things get. Guillen does that with ease as Guillermo. His dry comedic delivery, exasperated reactions to the supernatural craziness around him and weapon-wielding virtuosity takes talent. And our boy Harvey’s got it. 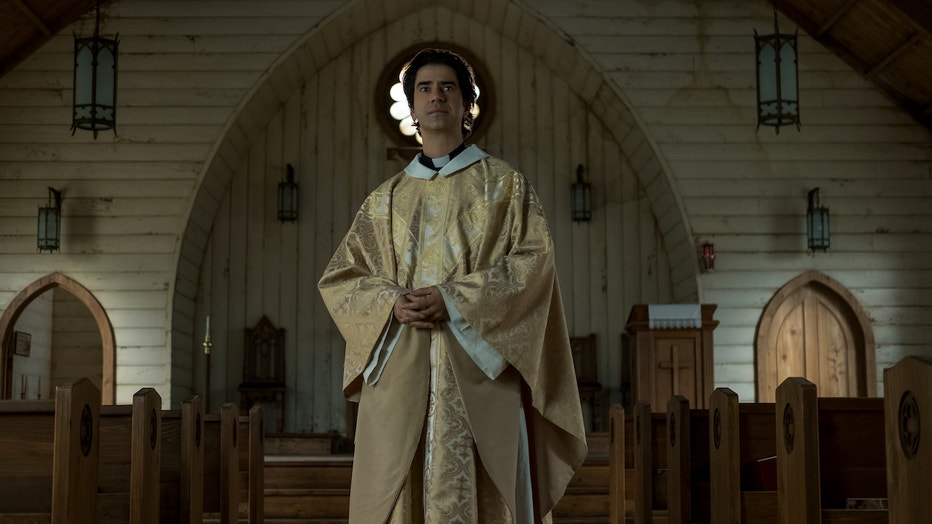 Of the titles listed here, Mike Flanagan’s horror series "Midnight Mass" is the most dedicated to the genre. The 2021 Netflix limited series was in development for over a decade and is the most personal story the filmmaker has ever put to screen. In Flanagan’s tale, a rundown community is rocked by the arrival of a mysterious religious figure. Soon, small miracles begin bringing fortune to the island town. However, a dark secret follows the holy man, and it’s not long before supernatural circumstances turn the townsfolk against each other while a sinister force grows more powerful and influential each day.

As with Flanagan’s other recent outings on the streamer ("The Haunting of Hill House," "The Haunting of Bly Manor"), this project features a thoroughly talented ensemble cast — from Kate Siegel’s Erin Green to Rahul Kohli’s Sheriff Hassan. But it’s Hamish Linklater’s turn as Father Paul, the unknown priest who takes the town by storm, that’s the absolute standout.

Grappling with issues of faith, zealotry, identity and hypocrisy, Linklater’s Father Paul orchestrates an upheaval throughout the town that leads to copious amounts of blood spilled, until a fiery end brings the tale to a jaw-dropping conclusion. One could simply say Linklater is playing the villain here, but that would sell his performance short. Father Paul’s mission is to save humanity from itself, and the ways in which the actor brings this ever-conflicted, thoroughly complex character to life is a sight to behold. In fact, it’s reason enough to sit through the seven-episode series.

Antony Starr as Homelander ("The Boys") 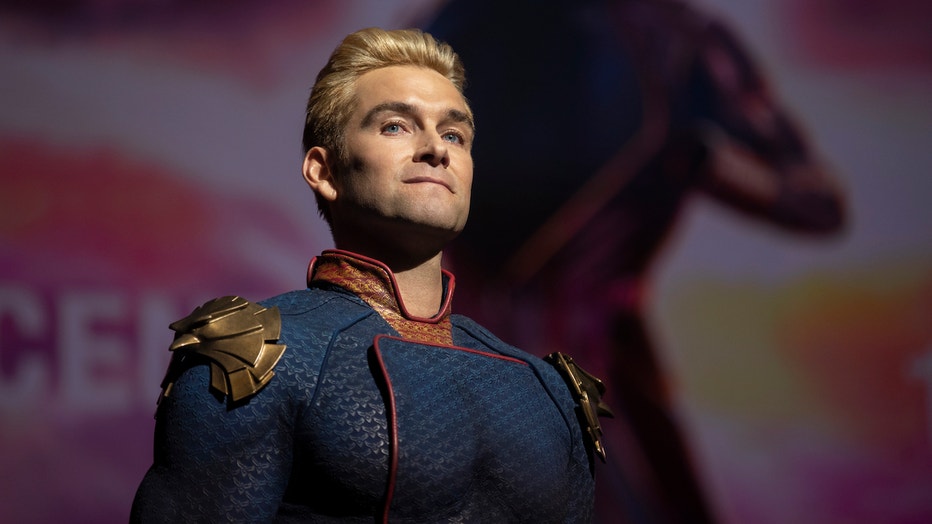 If one were to take the subject matter of Garth Ennis’ hit comic books, inject a load of cocaine-laced steroids into its eyeball and set off a metric ton of explosives under its butt, it would probably look something like Prime Video’s "The Boys." Over the course of three seasons, under the creative direction of executive producer Eric Kripke ("Supernatural"), the streaming series has taken the over-saturated superhero genre and turned it on its head – and then cut it clean off and used it for the most surprisingly entertaining sport of the past few years.

Hyperbole aside, "The Boys" is a massive hit for all involved. And while the over-the-top violence, raunchy humor and bits of hard-hitting parody make it a must-watch on all accounts, it wouldn’t be the genre powerhouse it is without Antony Starr’s unpredictable and unhinged performance as Homelander, the all-powerful leader of the Vought Industries super-team known simply as "The Seven."

WATCH FREE ON TUBI: "The Toxic Avenger" — get the app

When the 74th Emmy Awards nominations were announced and Starr’s name wasn’t mentioned, fans far and wide were up in arms about the omission. But this wasn’t a case of oversight. As it turns out, the eligibility window for the 2022 Primetime Emmys closed right before the third season of "The Boys" premiered. Fingers crossed Starr will get a well-deserved nom in 2023. If not, we riot.

About the writer: Aaron Pruner is an actor and writer in L.A. His work can be found at Rotten Tomatoes, The Washington Post, Inverse and more. Fun fact: He once played Charlize Theron's nerdy boyfriend in a Japanese Honda commercial.

Firefly (2002): Need a cult classic sci-fi series you can cross off your list in just 14 episodes? Then look no further than "Firefly," Joss Whedon’s space western follow-up to "Buffy the Vampire Slayer." Though "Firefly" was cancelled after just one season, its impact still looms large in the sci-fi canon. (It even got a big-screen continuation five years later.) Set aboard the spaceship Serenity, "Firefly" combines the gritty tangibility of the "Star Wars" universe with the sweet workplace family dynamics of "Star Trek," all filtered through Whedon’s unique comedic voice. So pour yourself a glass of Mudder's Milk and enjoy. Rated TV-14. One season, 14 episodes. Featuring: Nathan Fillion, Gina Torres, Alan Tudyk, Morena Baccarin, Adam Baldwin, Jewel Staite, Sean Maher, Summer Glau.

"Firefly" is streaming free on Tubi — get the app