MEMPHIS - The grandson of late rock n' roll singer and actor Elvis Presley has been buried alongside his relatives at Graceland. 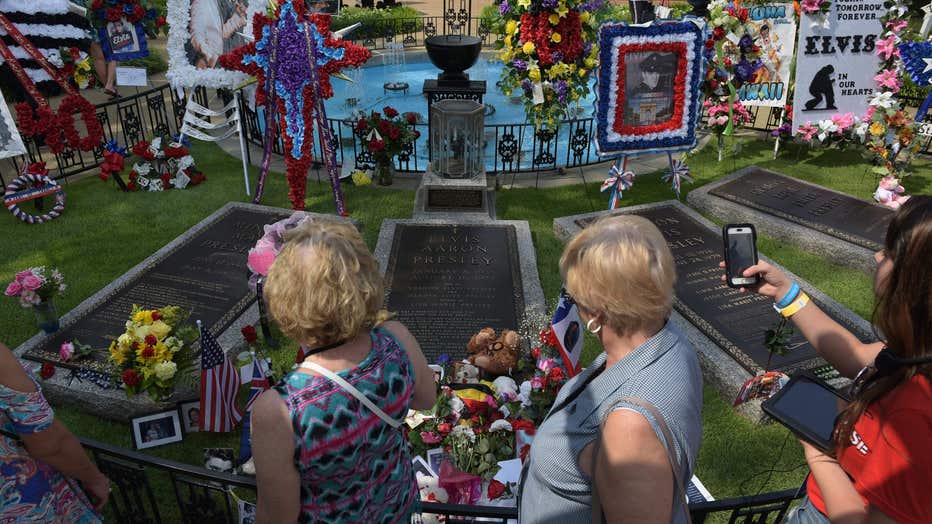 Fans file past the graves of Elvis Presley in the Meditation Garden where he is buried alongside his parents and grandmother at his Graceland mansion on August 12, 2017 in Memphis, Tennessee. Elvis Presley, American icon and King of rock n roll, tran

Graceland officials said in a statement that Benjamin Storm Presley Keough has been laid to rest in the Meditation Garden at Elvis Presley's former home, which is a museum and a tourist attraction in Memphis.

Keough, 27, was the son of Lisa Marie Presley, who is the daughter of Elvis Presley and Priscilla Presley. Keough died in a suicide in July in Calabasas, California, the Los Angeles County medical examiner determined.

Elvis Presley died on Aug. 16, 1977, in Memphis. Thousands of tourists visit the graves at Graceland each year.

Country star Mac Davis, who crafted the Elvis hits “A Little Less Conversation” and “In the Ghetto” before launching his own successful artist career, has died.