Elm Grove police had to help get kids off the bus. All made it to school safely. 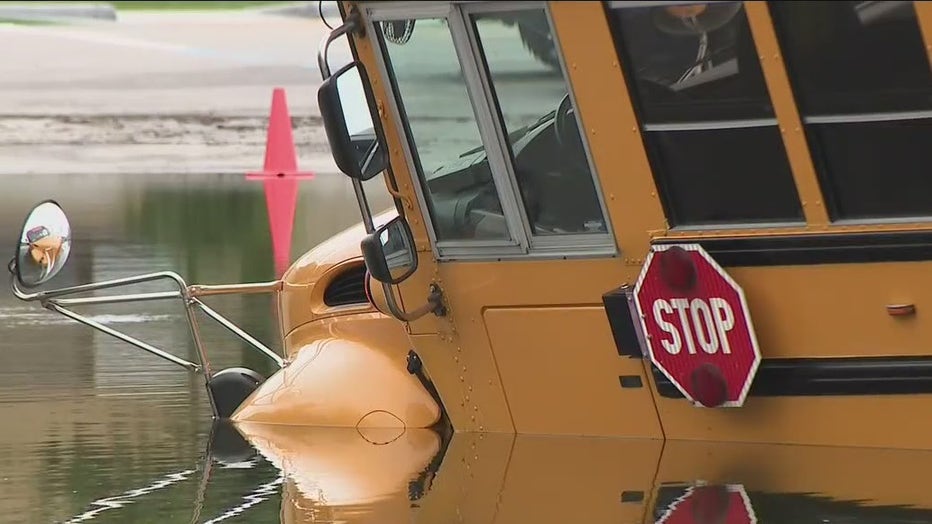 "I saw the bus just sitting there. I’m like, 'What the…'" said Abby Fisher, a sixth-grade student. "Everyone in my first period was asking the teacher, ‘Can we go look at the bus?'"

FOX6 asked parents if they were surprised kids still had school.

"Yeah, but I think they probably didn’t realize how bad it was at first," said Helen Fisher. "School starts so early in the morning, and you can’t see the standing water as much in the dark." 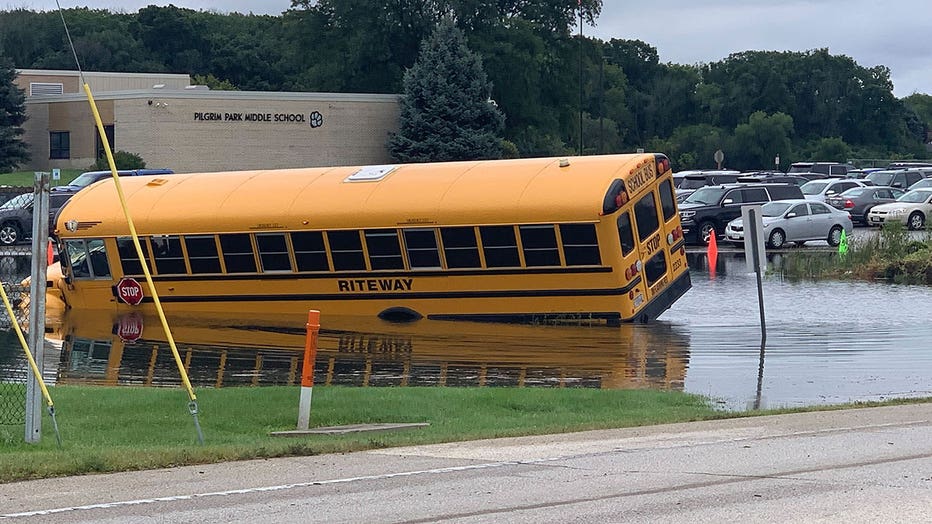 A spokesman for Elmbrook Schools declined to comment on camera but said 24 students were on board when the bus got stuck. The spokesman said no one was hurt. Police said the driver was not cited.

The bus was left running until it could be towed away.

The flooding from heavy rain Saturday and Sunday brought the Fox River to levels not seen since 2010; the seventh-highest crest on record, with water spilling onto the river walk downtown.

Schools in Pewaukee started the day two hours late because of power outages. 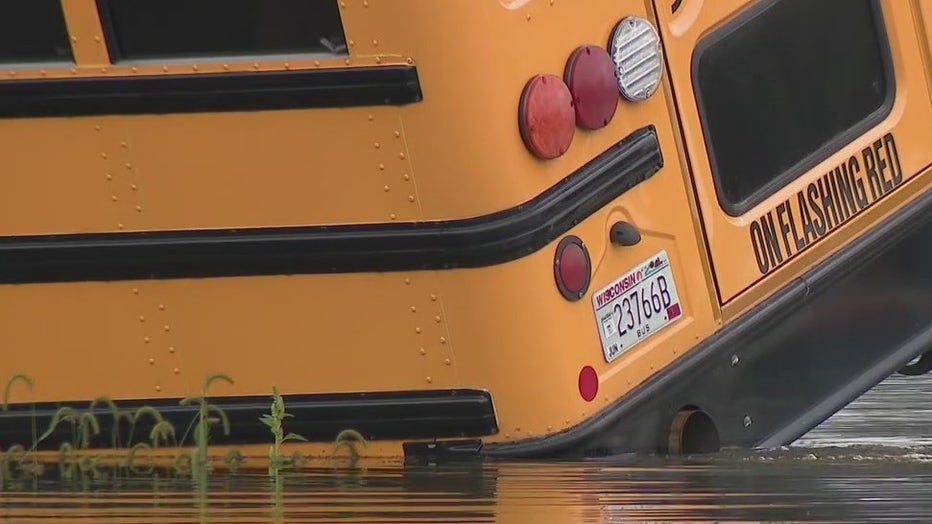 Along I-94, Waukesha DPW snowplows helped clear an underpass after breaking a single-day precipitation record.

"It’s crazy," said Helen Fisher. "This has happened in the past before, but every time it happens, it’s like, wow." 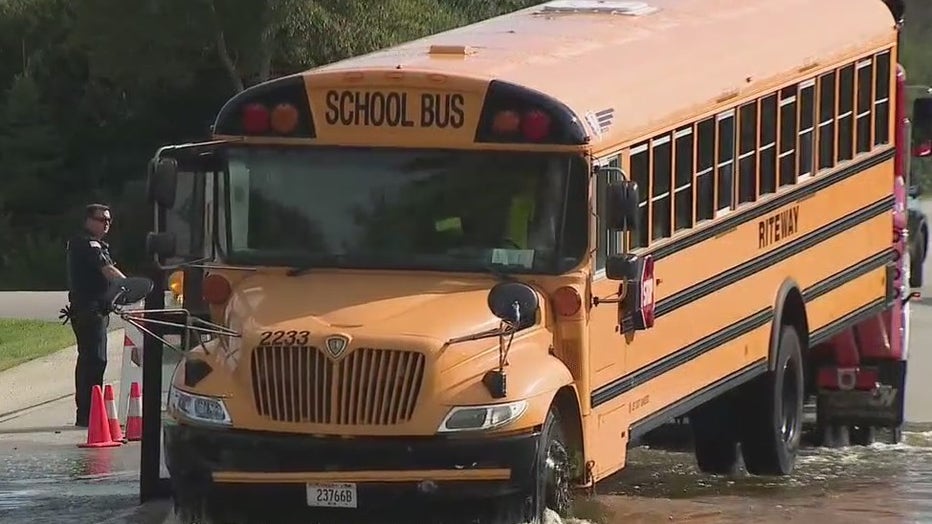 FOX6 asked Elm Grove police how the bus driver managed to get stuck like this. The assistant chief said police did not speak with the bus driver.