BURLINGTON -- Assembly Speaker Robin Vos was among the volunteers serving as poll workers on Election Day Tuesday, April 7 amid a statewide shortage due to the coronavirus. Members of the Wisconsin National Guard also assisted with Tuesday's election. Speaker Vos spoke about the precautions in place at his polling location, and why he believes this election had to happen.

It was an election unlike anything we've seen.

"It has been confusing," said Carina Walters, City of Burlington administrator.

Hours after Democratic Gov. Tony Evers issued an order postponing the election for two months, the conservative-controlled Wisconsin Supreme Court on Monday sided with Republicans who said he didn't have the authority to reschedule the race on his own. Conservative justices on the U.S. Supreme Court quickly followed with a ruling blocking Democratic efforts to extend absentee voting. The decisions left Wisconsin as the only state with an election scheduled in April to proceed as scheduled. 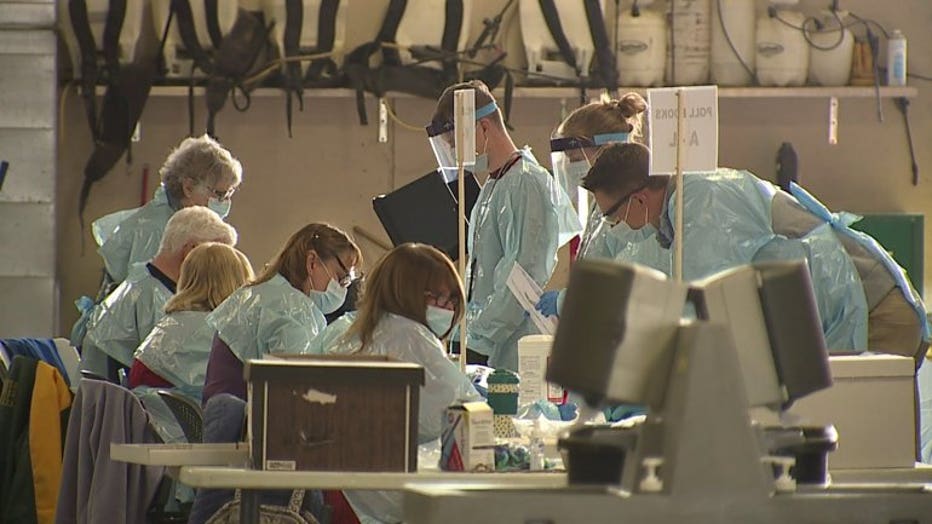 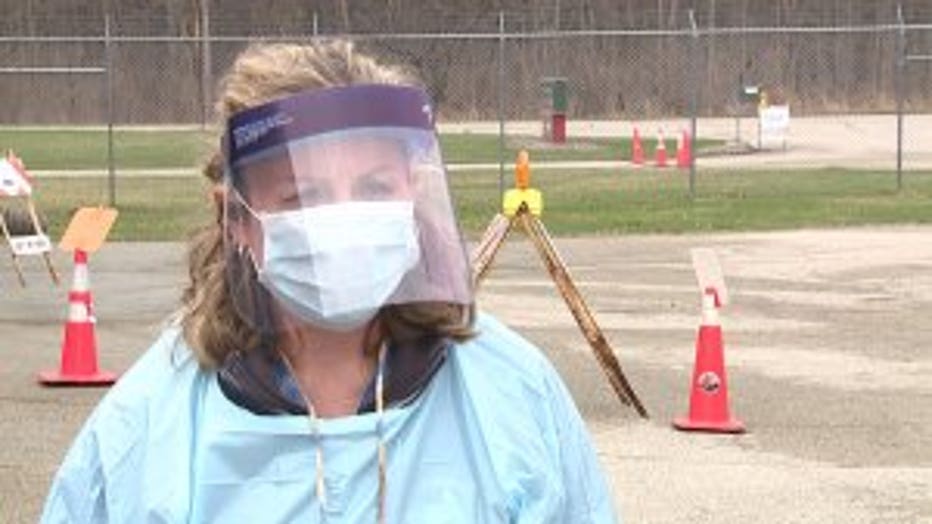 "We've been really preparing for this for several weeks now," said Walters.

Voters cast their ballots via drive-thru in Burlington.

"We're acting as if everyone here has COVID, and trying to maintain our social distancing, as well," said Walters.

With poll workers wearing personal protective equipment, they asked voters to remain in their vehicles. Speaker Vos was among the volunteers.

"You know, I think the election had to happen," said Speaker Vos. "There's no doubt in my mind that no matter what happens with the pandemic, that we still have to have democracy, and we had to do it safely." 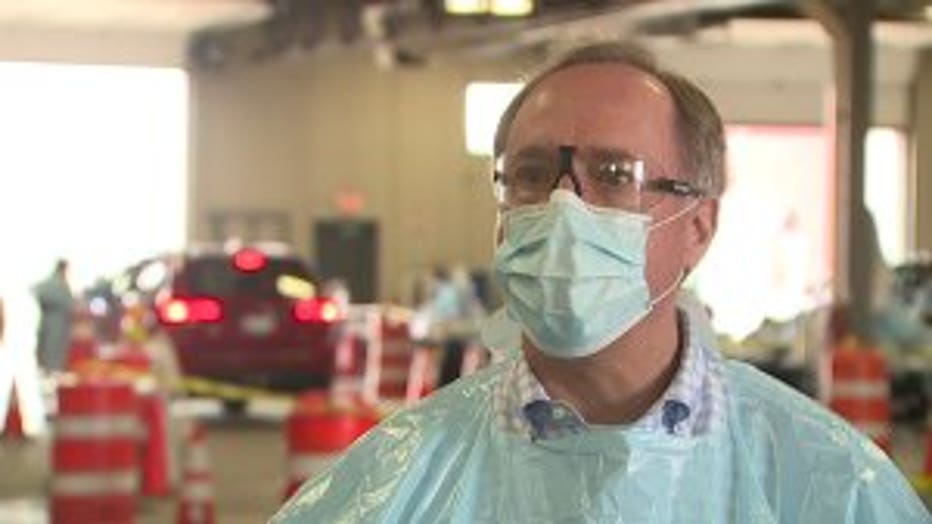 Speaker Vos and Senate Majority Leader Scott Fitzgerald challenged Gov. Evers' order Monday to postpone the election to June. The Wisconsin Supreme Court ruled 4-2, with four conservatives in support and two liberals against, that Evers lacked the authority to move the election on his own.

"It's really unfortunate," said Speaker Vos of the governor's order. "Gov. Evers, when we first talked about this almost a month ago, we all unanimously agreed both parties, all branches of government that we had to have this election proceed. That was consistent all the way through. He's kind of had a muddled message, unfortunately. I think that sent the wrong message to a lot of people in our state. There's a way for us to have this election safely. We're going to show it today." 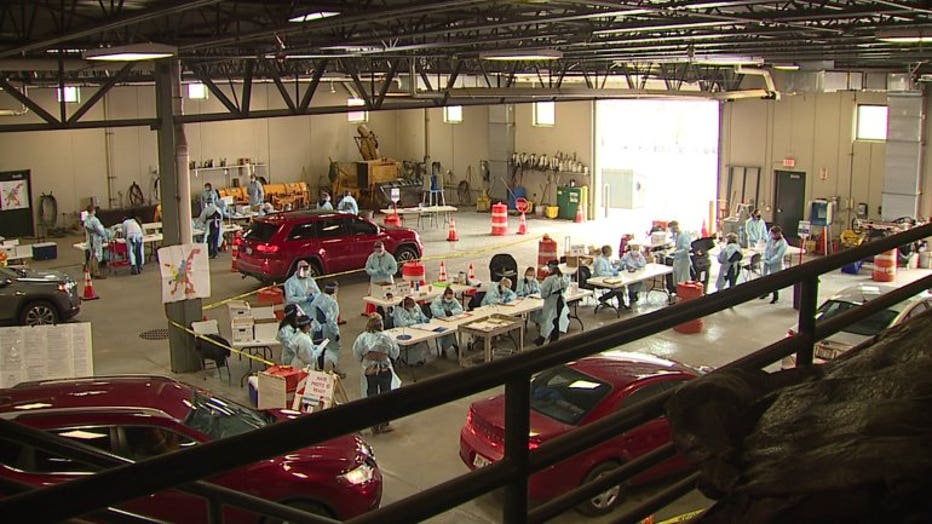 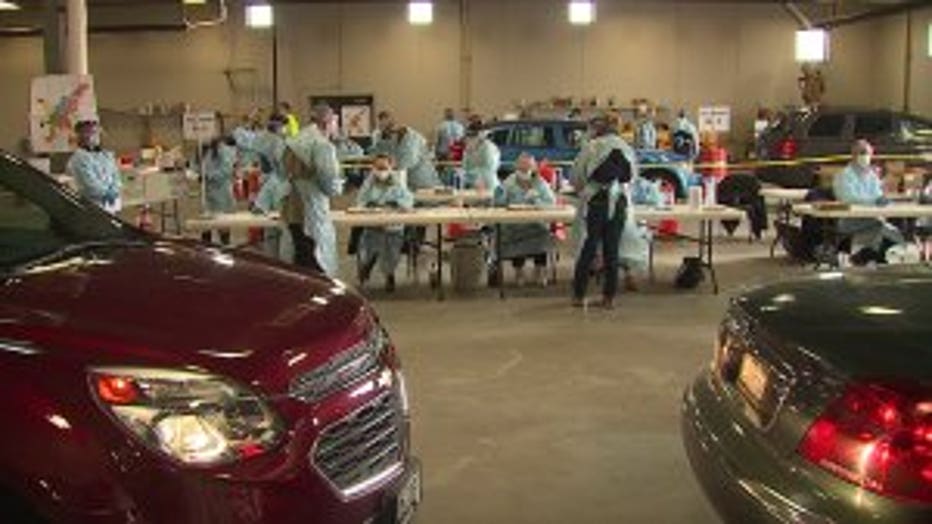 In signing the order Monday, Governor Evers said, "The bottom line is that I have an obligation to keep people safe, and that's why I signed this order. I had hoped that the Legislature work to do its part, just as the rest of us are, to help keep people healthy and safe, but as municipalities are consolidating polling locations, I cannot in good conscious stand by and do nothing."

FOX6 News asked Speaker Vos whether it was safe for Wisconsin voters to go out to the polls.

"It sure is," said Speaker Vos. "I mean, once again, taking precautions making sure you protect yourself, if necessary."

Other polling locations in Racine County also had drive-thru setups, and all volunteers inside were wearing some sort of personal protective equipment that varied by municipality. Volunteers in Burlington had their temperatures checked, and they were surveyed and asked whether they had been sick, or in contact with someone who may have been exposed to COVID-19.