CAIRO -- Archeologists in Egypt have unveiled 16 ancient tombs filled with sarcophagi and other artifacts from a vast burial ground.

Egypt’s Antiquities Ministry announced the discoveries in the village of Tuna al-Gabal, near the Nile Valley city of Minya in central Egypt.

Among the new treasures presented: 20 sarcophagi made from limestone and etched with hieroglyphic texts, five wooden coffins, hundreds of amulets and 10,000 blue funerary statues. 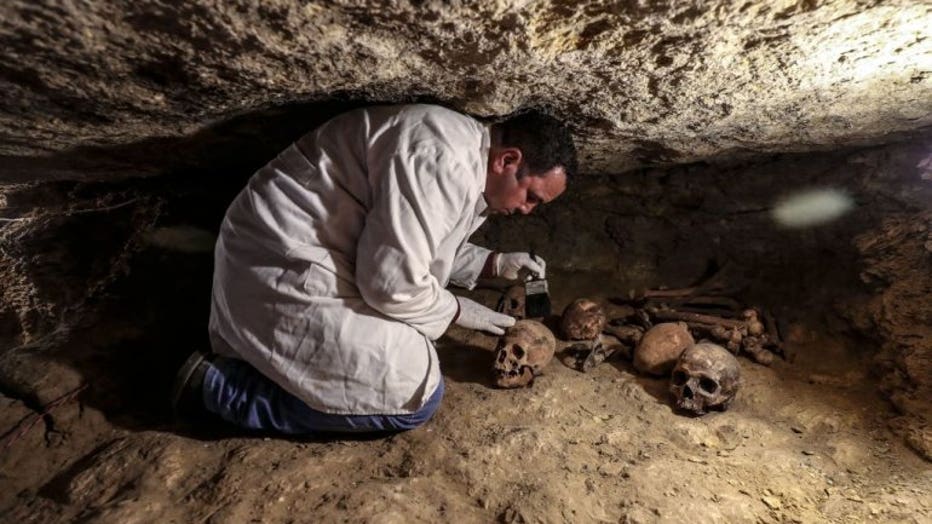 An Egyptian archeologist inspects skulls and human remains discovered along many finds in 3000-year-old communal tombs dedicated to high priests, in Ghuraifah in Tuna al-Jabal in the Minya governorate, on January 30, 2020. - The archaeological missio 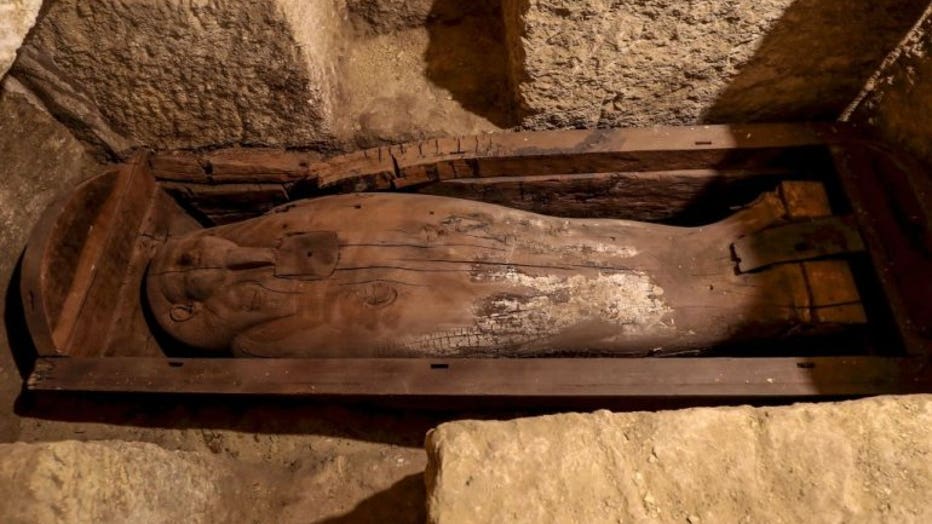 A picture taken on January 30, 2020, shows a wooden sarcophagus discovered among many archeological finds in 3000-year-old communal tombs dedicated to high priests, in Ghuraifah in Tuna al-Jabal in the Minya governorate. - The archaeological mission