Officials with the EAA broke ground on an expansion of the Aviation Center.

OSHKOSH, Wis. - The EAA broke ground on Monday, April 26 on its first expansion of its Aviation Center in more than 20 years. It is a $6.2 million project.

A news release indicates the $6.2 million project, completely funded via a capital campaign separate from EAA member dues, will feature an innovative Pilot Proficiency Center and a hands-on Youth Education Center. These facilities are adjacent to the museum’s current Eagle Hangar and will allow individuals and groups to experience all of EAA’s resources on a year-round basis, officials said. 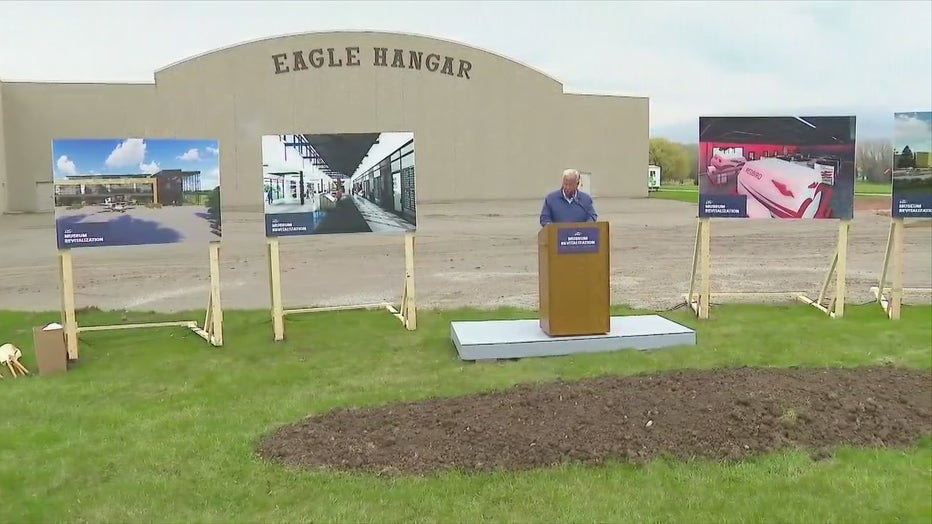 The Youth Education Center brings aviation-centric experiences to the EAA Aviation Museum year-round. The 15,000 square-foot Youth Education Center will provide youth, their parents, and their teachers access to interactive and project-based activities that inspire and nurture the next generation of aviators.

Project 21 is Phase One of EAA’s long-range plan for its museum, which transforms the facility into one that encompasses history, training, and education.

Ghidorzi and Associates of Wausau, Wisconsin, is the designer and general contractor for the project.

Completion of construction is expected by May 2022, with a grand opening scheduled for EAA AirVenture Oshkosh 2022 in July of that year.

Police are investigating after human remains were found by people picking up litter along a La Crosse County highway.

You can be transported back over 230 million years from the comfort of your own vehicle.