AMSTERDAM -- A Dutch restaurant has tested individual glass booths for customers to dine inside of, as a way to maintain social distancing and safety for staff and diners.

Eten restaurant, part of the Mediamatic Biotoop center in Amsterdam, is rolling out a greenhouse-like enclosing for customers to sit in and eat along the water in the age of the COVID-19 outbreak. 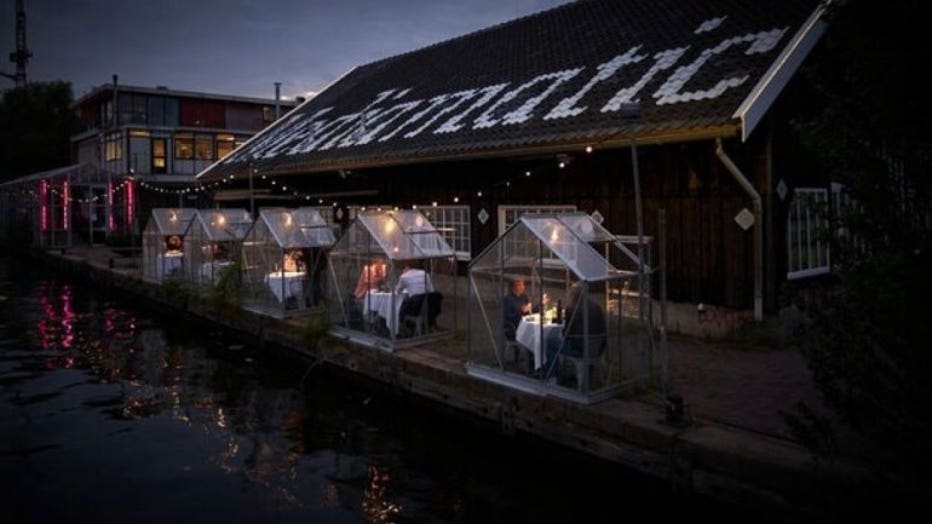 Those choosing to eat at the plant-based restaurant can opt to enjoy the 4-course menu in one of the greenhouses, or in the main restaurant once they are allowed to reopen. (Credit: Eten restaurant via FOX Television Stations)

The dining concept, which is called Serres Sépparées, or separate greenhouses, came about because the restaurant has limited space, but still wanted to welcome diners to “create a safe and intimate home for partners to reconnect, with the outside world at their own leisure,” the website reads.

Servers will also deliver the food from an appropriate 6-foot distance though the door of the enclosure, pictures show. 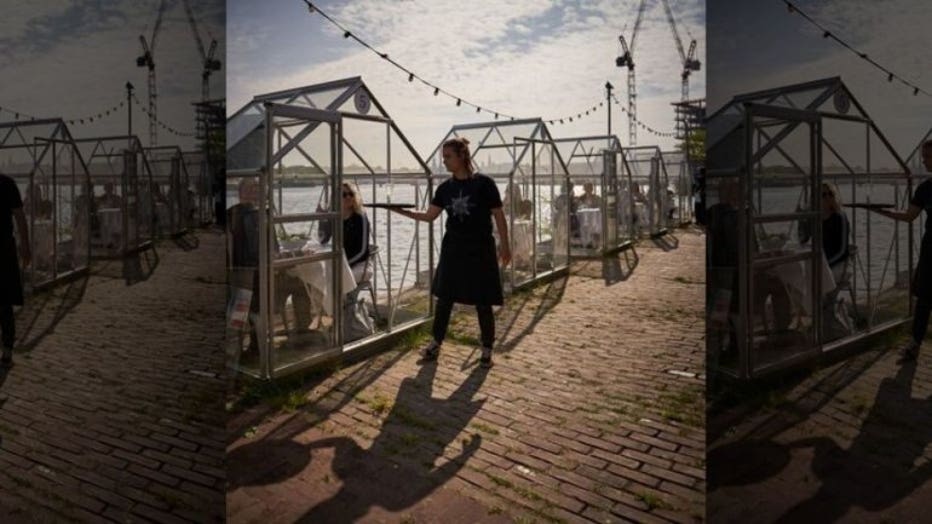 Those choosing to eat at the plant-based restaurant can opt to enjoy the four-course menu in one of the greenhouses, or in the main restaurant – while also adhering to social distancing rules – once eateries are allowed to open back up later this month.

The pods are available to book for two people – ideally “people who are already living together – though a third person can be included for an extra $43 fee. If you are eating alone, however, there will be a $43 discount, a press release for the new project confirms.

Though the greenhouses are not open just yet, there has already been significant interest, as all of the booths have been booked up through the end of June.