RACINE, Wis. - The future is here in Racine, where officials unveiled the "Badger" on Monday, Oct. 18, a fully autonomous, all-electric, zero-emission shuttle.

"It is my distinct pleasure to introduce to all of you the Racine Badger, which is our autonomous vehicle right here," said Racine Mayor Cory Mason.

The newest car to take up residence in the Gateway Technical College parking lot is arguably more of a computer than an automobile. 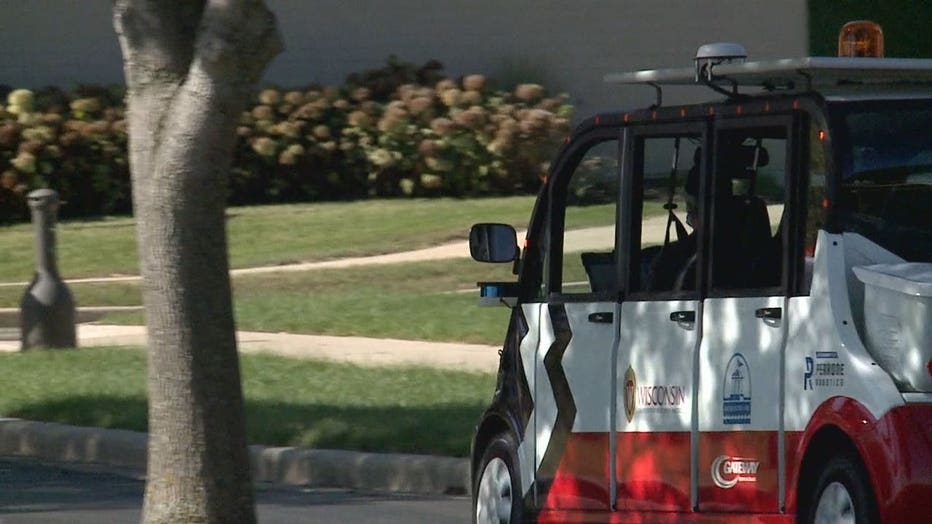 "Many people think about connected and automated vehicle technology as something that’s far off into the future, but as today is going to demonstrate, the future is now," said Wisconsin Transportation Secretary Craig Thompson.

The Racine Badger is an autonomous shuttle, meaning, thanks to a complicated system of geo-mapping, numerous censors, cameras and complicated algorithms. the van drives itself.

"We’ll start down here in the parking lots and on Pershing Park Drive, but the ambition is to make the city itself a laboratory for experimentation on this emerging technology around mobility and transit," said Mayor Mason. 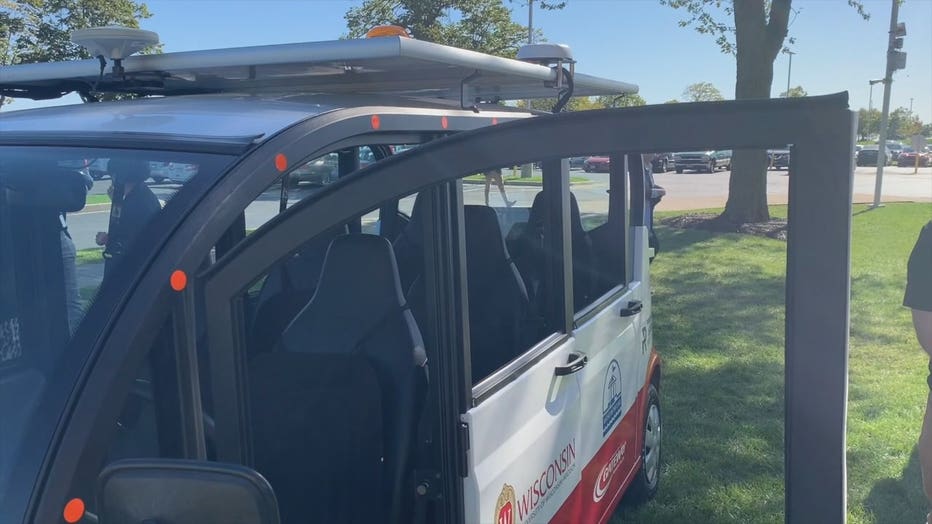 'Long before vehicles like the Badger here are common on streets, Wisconsin will be using this technology to enable emergency vehicles, snowplows and other official vehicles to communicate with traffic management systems to ensure better response times in emergencies," said Thompson.

For now, it's just a prototype, but rest assured, this technology is coming to a city street near you.

For now, it's only being tested on select city streets. There's no word yet on if, or when, city residents will be able to check it out for themselves. 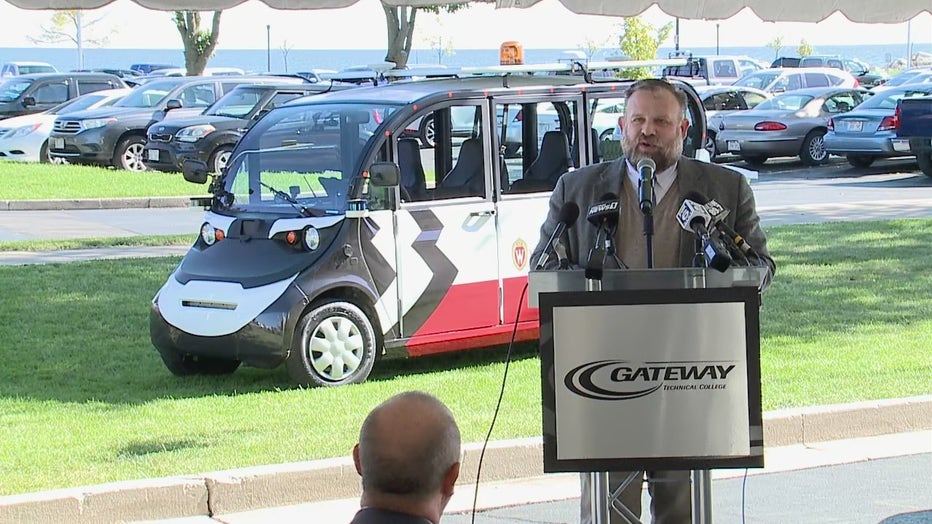 A 27-year-old Town of Sugar Creek man is in custody accused of possession of child pornography.

Sheboygan County farm has plenty of pumpkins amid shortage reports

Some farms across the country have a shortage of pumpkins this year. But one Sheboygan County farmer says if you come to his farm, there's plenty of pumpkins to go around.