MELBOURNE -- The driver of an SUV that rammed into a crowd in central Melbourne on Thursday, injuring 19 people, is an Australian citizen of Afghan descent with a history of drug use and mental illness but no known links to terrorism, police said.

Police said the 32-year-old driver, who was not identified, was arrested and had been known to police for minor assault and traffic offenses. The motive for the attack was not immediately known. 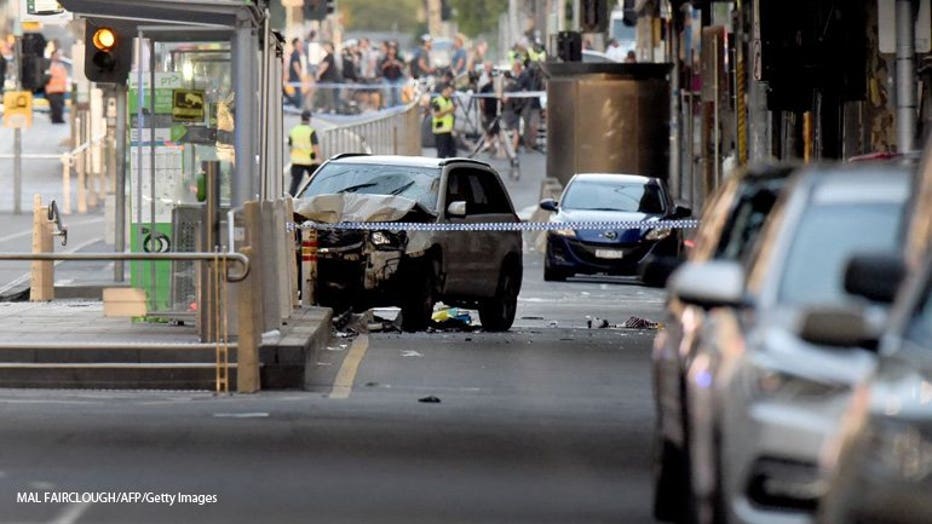 "We don't at this time have any evidence or any intelligence to indicate there's a connection with terrorism," said Victoria state police acting commissioner Shane Patton.

The streets outside the city's iconic Flinders Street railway station were crowded with Christmas shoppers Thursday afternoon when a white Suzuki SUV ran a red light and sped up to slam into pedestrians crossing the road before crashing into a traffic barrier.

While police had earlier said 14 people had been injured, Victorian Premier Daniel Andrews confirmed that 19 people had been taken to hospitals. Four were listed in critical condition and were believed to include a preschool-aged child, Australian media reported.

Andrews described the incident as "an act of evil and an act of cowardice, perpetrated against innocent bystanders." 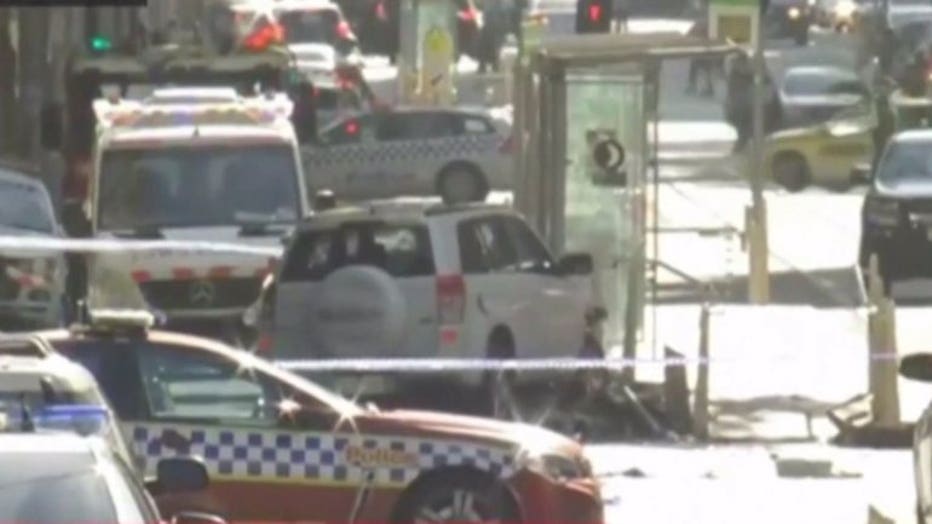 "I was crossing Flinders Street on the way to the train station. I heard an engine rev behind me and heard a thump," one man identified only as David said on ABC TV. He said he turned around saw "people literally getting thrown into the air as it hit them."

Bystanders rushed to drag the driver out of the vehicle before police arrived to arrest the man. Early reports said there were two men in the car, but Patton confirmed the suspect was driving alone.

Confusion had arisen when a second man was seen being apprehended alongside the driver. Patton said he was a 24-year-old man seen filming the incident on his mobile phone and found carrying a bag with three knives.

Patton said that man was taken into custody to determine whether he was connected.

"At this stage, we don't believe that to be the case," he said.

Patton said the investigation would involve the force's counterterrorism unit to ensure "that there isn't that connection, and that there is no ongoing threat" but that the attack was being treated as a singular incident.

He said police were working with Australian intelligence agency ASIO and Australian Federal Police and that there was no intelligence to suggest the man was a person of interest to those agencies.

"We understand he's on a mental health plan and receiving treatment for a mental illness," Patton said.

While police numbers would be increased around Melbourne in the coming days, Patton said, there was no increased threat surrounding the city over the busy holiday period.

Prime Minister Malcolm Turnbull sent a tweet calling the incident "shocking" and said his thoughts and prayers were with the victims and those treating them.

It is the second time this year that Melbourne, regularly ranked one of the world's most livable cities, has been traumatized by a car attack.

In January, six people were killed and more than 30 were injured when a car was driven up a footpath in Bourke Street, near Thursday's incident. Police arrested the driver, who was known to police for a history of illicit drug use, family violence and mental health problems. Police said the case was not terrorism-related.

There have been a number of car attacks in other parts of the world in recent years, many of them linked to terrorism.

In October, a man drove a truck down a New York City bicycle path, killing eight people. The driver is accused of providing material support to the Islamic State group among other charges, including murder.

In an August attack, 13 people were killed and more than 100 were wounded when a vehicle rammed into pedestrians on a walking street in Barcelona. London has seen three such attacks this year, two linked to Islamic extremists and another seen as a reprisal attack outside a mosque, killing 13 people altogether.

A vehicle attack on a shopping street in Stockholm in April killed five people, while an attack on a Christmas market in Berlin last December killed 12.

The deadliest such attack in recent years took place in Nice, France, in July 2016 when a man drove a refrigerated truck weighing about 20 tons into a crowd, killing 86 people.