RACINE COUNTY -- Charges have been filed against a 30-year-old Racine man in connection with a crash on Sunday, June 21st that killed two men.

Police say an initial investigation determined one vehicle was headed north on Main Street when it was struck by another vehicle headed southbound.

The northbound vehicle had three occupants. All three were taken to the hospital. Two of the vehicle's occupants died at the hospital. The third occupant was transferred to Froedtert Hospital in Milwaukee for treatment.

Those killed in the crash are 57-year-old Raymond Schweissinger, the driver of the northbound vehicle and his passenger, 31-year-old James Peterson. 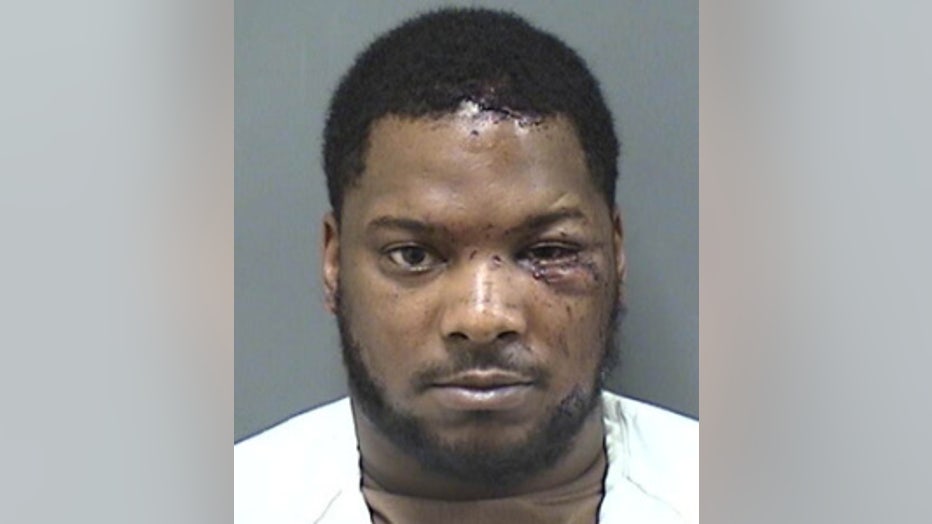 He faces the following charges:

The complaint lists a record of convictions for Campbell dating back to 2002.

Early on Sunday morning, shortly before 2:00 a.m., Racine police were dispatched to the 100 block of Main Street for a fatal crash.

Police say the driver of the southbound vehicle initially identified himself to police as Montrail Campbell, but it was later determined he was using his brother's name, and he was actually Ramone Campbell.

Police spoke with a passenger who was in the southbound vehicle at the time of the crash. He told police he and Campbell had been drinking at a party. The man said he left the party around 8:00 p.m., and around midnight, Campbell showed up and tried to get him to go out to a bar. The man told police he and Campbell got into a vehicle and headed to the bar -- sharing a beer on the way to the bar, according to the complaint.

The man told police when they left the bar, Campbell began driving through the neighborhood around the bar at a fast speed -- not stopping for stop signs. The man said on Main Street, Campbell had accelerated to a high rate of speed. The man believed Campbell was driving at 50 to 60 miles-per-hour when he lost control and collided with the northbound vehicle.

Troopers with the Wisconsin State Patrol advised that the preliminary speed of Campbell's vehicle at the time of the crash was about 50 to 60 miles-per-hour. The posted speed limit on Main Street in Racine is 25 miles-per-hour.

Troopers also advised that the driver of the northbound vehicle was thrown from his seat by the impact of the crash. Another person who was in the front seat of that vehicle at the time of the crash was thrown toward the rear area of the vehicle from that front passenger seat. That person survived the crash.

A third person was in the back passenger side seat.

The driver, 57-year-old Raymond Schweissinger and the back seat passenger, 31-year-old James Peterson were killed.

Autopsies were performed on Schweissinger and Peterson, and it was determined their deaths were the result of blunt force trauma related to the crash.

Police say their investigation determined all three of those in the northbound vehicle that was struck were not wearing seat belts.

Police spoke with Campbell, who admitted to having four beers and three shots while at a party. He also advised that he smoked marijuana on Saturday morning, June 20th, and had done cocaine on Friday night, June 19th. Police say Campbell initially denied going to the bar, but then said he stopped and talked with some people outside the bar.