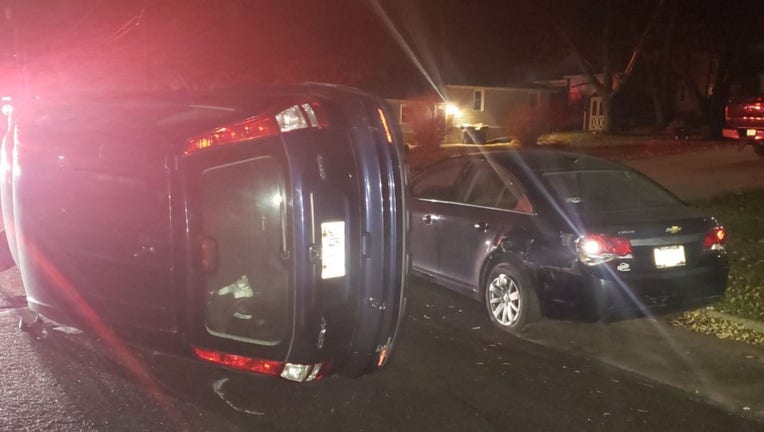 Rollover crash near 13th and Vine in Milwaukee

Upon arrival, deputies located a 2010 Honda CR-V that was lying on its driver’s side with severe damage. The operator, a 28-year-old man from Union Grove, had exited through the front passenger window and was speaking with residents that heard the crash and came outside.

While speaking with the driver, deputies observed signs of impairment. The driver failed standardized field sobriety tests and was arrested for operating while intoxicated, 1st offense.

The investigation confirmed that the driver was northbound on Vine Street when he struck a legally parked pick-up truck. He continued another 607 feet north before striking another legally parked vehicle, rolling his Honda over. The driver said he was not injured in the crash.

He was taken into custody for OWI 1st, issued multiple traffic citations, and taken to the Racine County Jail.