MILWAUKEE -- A Milwaukee man who survived a lynching when he was 16 was memorialized on Monday, Feb. 25.

James Cameron founded America's Black Holocaust Museum in Milwaukee in 1988. The original museum closed in 2008. The new location is at Vel Phillips Avenue and North Avenue. 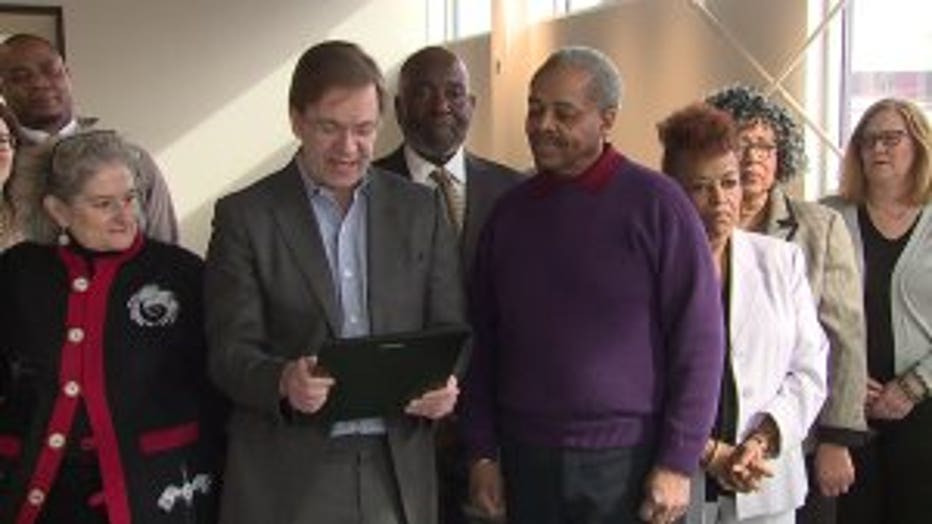 "What's incredible is in his lifetime, rather than be embittered toward society, he knew we are better than this, and so he devoted his life to making it better. And so this museum tells the story not just of a man who was born in Wisconsin, who lived here in Milwaukee, who was lynched, but the story of race relations in America since before we were a county," said Abele.

Cameron died in 2006, and is the only known survivor of a lynching in America.

On Juneteenth Day in 1988, Cameron opened America's Black Holocaust Museum to teach others about the harmful legacies of slavery.